You Should Play… Detroit: Become Human

You Should Play… Detroit: Become Human

Detroit: Become Human is an adventure game from the game studio, Quantic Dream. It was published by Sony Interactive Entertainment for PlayStation 4. The game released May 25th 2018 and began life as a short tech demonstration named ‘Kara’. The game itself is centered around 3 different protagonists named Kara, Markus and Connor. The storylines and endings all depend on the choices you make throughout the game, with some affecting different characters depending on the outcomes.

Detroit: Become Human is played from a third person perspective, in which you can interact with certain people and your surroundings. The right analogue stick on the PS4 controller is used to interact with your environment while left is for motion, R2 scans your environment, while other controls such as the touch pad are also used for different interactions. There are certain quick time events employed throughout the different storylines, and depending on how fast your reactions are, you can either fail the QTE and die or receive a bad outcome, or ‘win’ the QTE and progress in the way you want.

The story progresses through different QTEs, dialogue decisions and whatever choices you make for the character you are playing. Some scenes utilize a countdown which makes the player think and act far more quickly than with some other games. Your 3 main characters can die throughout the game at any point, and you will not receive a ‘game over’ message, but rather their death will be used in some way or another throughout the story.

Your 3 characters, as previously mentioned; are Kara, Markus and Connor. Each one has the possibility of crossing paths with the other, but of course all of that depends on the choices you make for each character and whether they survive their own stories.

Kara is a maid/housekeeping android who is brought back to a home to look after a young girl and her ‘deadbeat’ father. Kara develops artificial consciousness when she realizes that the young girl, Alice, needs her to keep her safe.

Markus is a caretaker android who develops consciousness and realizes that androids are not slaves to humans, and decides to free others like himself from their slavery.

Connor is an android who has been programmed by Cyberlife, the company who makes the androids, to investigate and hunt down deviant androids with the Detroit police department.

Well, I don’t want to give too much away when it comes to the story because it really is an unbelievable thing to watch unfold with each decision you make. I’ve only played the game through once and I cannot wait to play through again with different choices from the first ones I made.

Each character goes on their own journey throughout the game, but the main storyline is that the androids which humans have created have become sentient and have developed their own lives, feelings and wants, and that they cannot be viewed as mere slaves or possessions any more.

My first play through had me completely hooked, I couldn’t wait to play more each day and I felt myself becoming attached to each character and their relations toward the people in their lives. I felt myself becoming protective over the characters I was playing, and I felt a certain responsibility to give them the best ending I could give them. In fact, I got upset whenever I felt like I wasn’t going to receive the best outcome for a certain scene. Thankfully I feel as though I received a fantastic ending and became so involved in the storyline that I found tears streaming down my cheeks on more than one occasion. 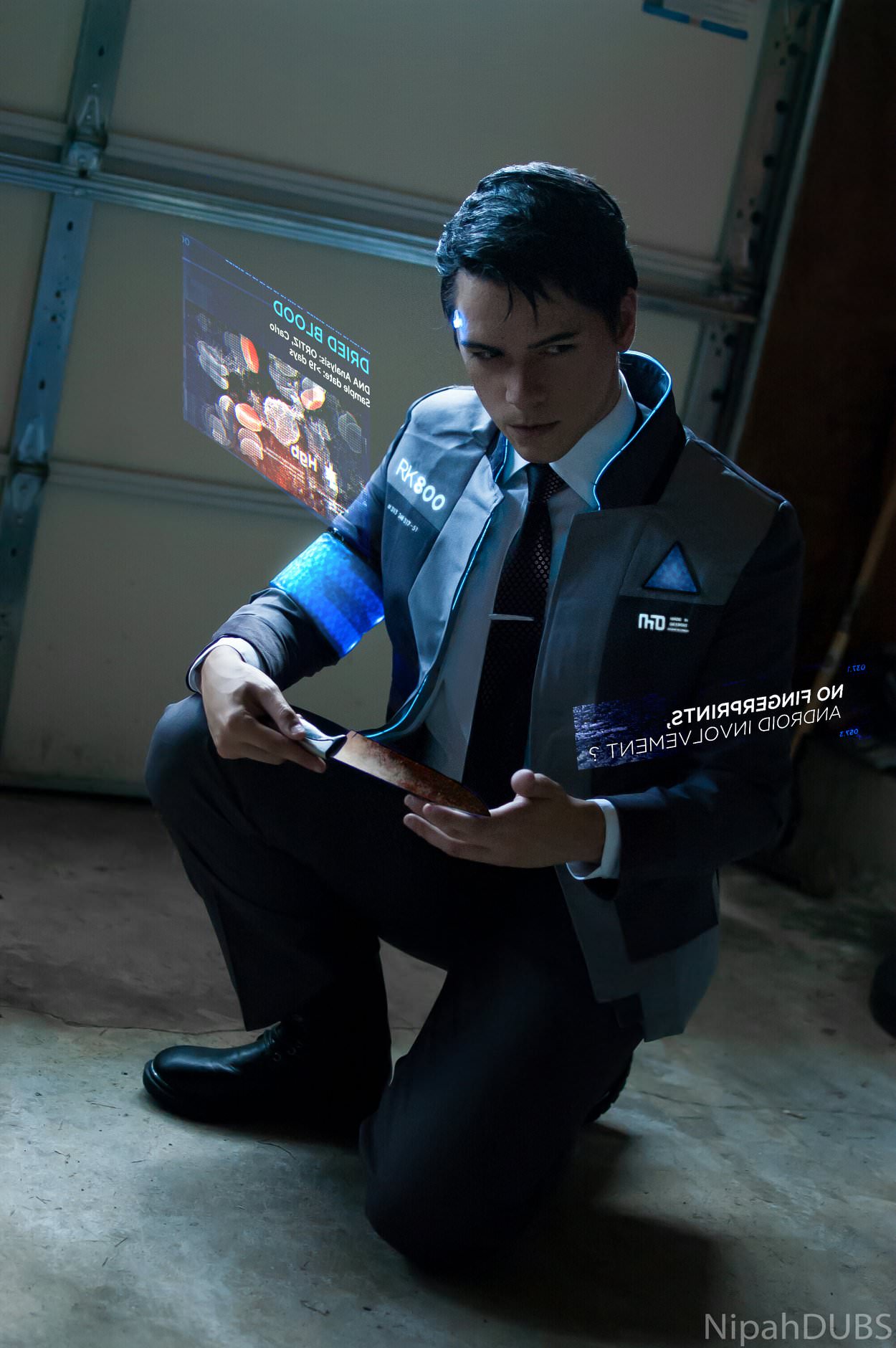 The emotional scenes which unfold in some of the character’s stories are extremely poignant and human, I found myself more invested in the android’s lives and their fight for freedom or just to live like humans than I did for the humans who played a side part in some of the storyline.

The game itself has received a fantastic reception, and currently holds a 78 out of 100 on Metacritic. But for me the critic’s reviews are not the most interesting. Rather the fandom which has been born out of the game, and the actor’s interactions with the fans. Bryan Dechart who plays Connor has taken to cosplaying the character at events, and even coined the term ‘Connor’s Army’. He also can be found playing the game on Twitch with his wife (who has a small part in the game) while answering questions to do with the game and Connor himself. The fandom has taken the game and run with it, with many Facebook groups popping up to share memes. There are even elaborate cosplays which are becoming abundant throughout conventions over the world.

Why Should You Play It?

It is amazing! It’s as simple as that.

No, honestly, the storylines within this game are breath-taking, they’re humanistic, they’re socially important and the interactions are heart-warming, funny and action filled. If you like having choices which will change and shape the world you’re playing in, then Detroit: Become Human is for you. With so many different outcomes possible, you never know exactly how your experience is going to end up and that is what keeps the game fresh for me.

I’m going to play again and see what way my story ends up this time around. Also, I may be planning a cosplay or two as well, so watch this space!

Have you played Detroit: Become Human? What did you think of it? Are you going to play it?