After a surprise appearance in Captain America: Civil War, Tom Holland joined Tobey Maguire and Andrew Garfield as Spider-Man. When Sony entered into a partnership with Marvel, it came as a pleasant surprise to me, loosening their grip on the wall-crawler to ensure a wider shared cinematic universe. However, by all accounts it was a risky move; inserting a new character into an already loaded ensemble without developing on his backstory can be a disaster. Luckily, Marvel correctly deduced that viewers, well-primed by previous interpretations of the character, needed no origin story. Homecoming hits the ground running in a really refreshing way and it shows from the get-go.

Probably the most endearing thing about Holland’s Parker is just how relatable he is. The opening scenes, showing Spider-Man excitedly vlog his participation in the civil war shows him reacting like we all would. Peter isn’t just a superhero, he’s a fanboy with superpowers. His room is littered with original Star Wars trilogy merchandise and he loves Lego. He is us.

Different to other film adaptations, Peter lives in a world teaming with heroes and clearly models himself on them, and this completely bleeds through in all his interactions with Tony Stark. Having fought side by side with Iron Man, he wants to be at the big kid table. He wants to be able to beat all the bad guys and handle things on his own. In short, he doesn’t want to be treated like the teenager he is. 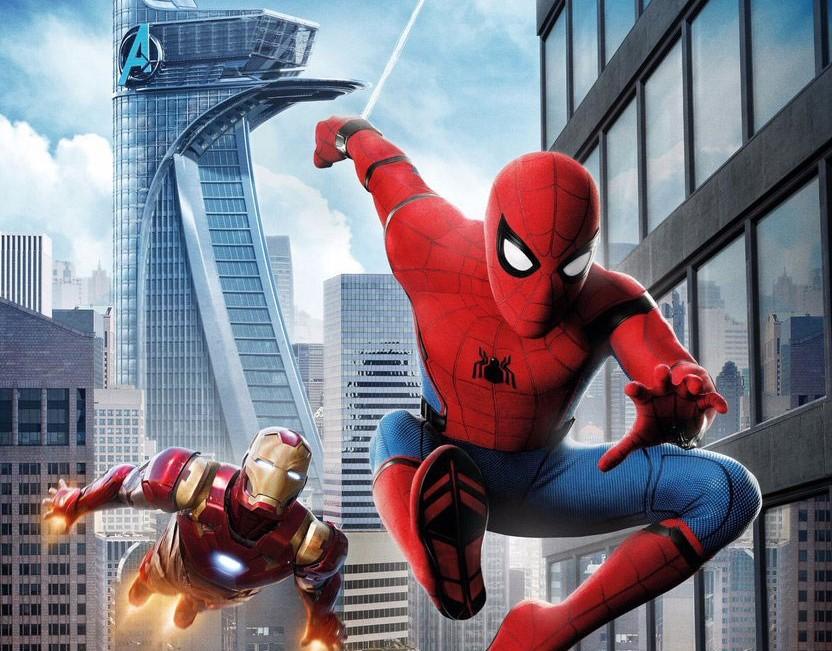 One of my favourite traits of this new Spider-Man is that he articulates a sense of escapism all nerds have felt at some point. We read, watch and play all these amazing stories from a young age and there comes a point where you want to live them yourself. Screw schoolwork, why make time with people who might not like you back? Surrounded by the grind of everyday schoolwork, Peter, like many of us, yearns for an escape. Unlike most geeks, however, Peter doesn’t escape into the world of superheroes, he charges headlong into it. But the unique thing about this film is it questions how healthy this instinct is for our everyday lives.

For the first time in a while, I found a Marvel movie that genuinely had me on the edge of my seat. Not because of some apocalyptic plot or concern, but for worry that Peter was missing a number of chances to just be a kid. His superhero antics don’t just endanger his life; they actively isolate him from potentially good experiences as a young person. Since the original films blast right through Parker’s school years, Homecoming encourages us to slow down and smell the roses.

The film examines how superhero activities are affecting Peter’s everyday life., but it doesn’t do it in the classic ‘loved ones close to me get hurt’ way. Refreshingly, no sidekicks, friends or love interests are harmed or captured in this film. In fact, the film inverts this trope completely. Spider-Man’s big flaw seems to be shutting others out. This film sees him realize that being a hero isn’t just about taking on everything, but learning to work with others and trust them. It’s a refreshing take and one which is appropriate to a franchise which places such emphasis on teamwork. Additionally, it goes further towards what Spider-Man’s meant to be: a local superhero. He’s your nearby, approachable, friendly neighbourhood Spider-Man. Michael Keaton, as expected, settles comfortably into the familiar ground of the superhero movie. He alternates between menace and warmth in a pretty convincing way for much of the film. What’s more, he’s probably one of the more believable villains of the MCU. Co-Producer Eric Hauserman Carroll summarizes Toomes best as a “businessman with a family. He wants to look out for his kids. He’s got sort of a Tony Soprano mentality. He doesn’t have these big delusions of grandeur where he wants to take over the world, or replace the government, or even defeat the Avengers or anything. He just wants his shot at the good life”. Without spoiling too much, despite his actions, Vulture’s motives are pretty understandable. His character arc fits with of Age of Ultron and Civil War in examining the aftermath of the Avenger’s actions.

Robert Downey Jr is worth noting as well. Tony Stark has gone through many challenges and made his share of mistakes, so it’s refreshing to see him play the part of a mentor. I must admit I really like the comic talents of Jon Favreau as Happy Hogan; given his role as the go-between with Peter and Tony, I hope to see more of him in future instalments.

But I think the really solid performances happen in Spidey’s school. The entire high school environment is played to perfection. A lot of attention is paid to Peter’s attempts to keep up with schoolwork and continue activities as Spider-Man. He keeps a spare costume under his locker. He frantically prepares webbing in chemistry class when no one is looking. This environment leads a tone of humour that I can only compare to Buffy. The Sunnydale effect is strong in Midtown school, with a score of apathetic or idiotic teachers who are blissfully ignorant of Parker’s double life. Hannibal Burress’ feckless Coach Wilson is a pitch perfect example of this.

Jacob Batalon gives a great performance as best friend and sidekick, Ned. He, like Peter, geeks out over the Avengers and his eagerness to join in on the adventure is very relatable. I’d like to single out Tony Revolori and Zendaya for praise, however. Revolori updates Flash Thompson, rendering the jock of the comics into a preppy rich kid bully. Unable to physically bully Peter, Flash subjects him to constant ridicule more appropriate to today’s age of cyberbullying. His obnoxiousness is very believable and his comeuppance is well-deserved. Zendaya plays Michelle, a social outcast like Peter and Ned. However, far from being a withdrawn geek, Michelle clearly revels in her outsider status. Her cynicism and biting wit helps the film to stop getting too corny and Breakfast Club-y. Having said that, the parallels between her and Allison Reynolds are pretty clear.

Marisa Tomei‘s casting as Aunt May was controversial, but I feel it’s appropriate to the film’s tone. Her youth means she remembers how hard school is and (despite the endless stream of flirting men) she just wants what’s best for her nephew. Additionally, her younger age means she’s a bit more wise to Peter’s excuses than previous incarnations of the character. Despite her concern, she’s more than willing to challenge him on his actions. Showing May as a more authoritative figure seems more appropriate for a younger Spider-Man and provides someone who Peter respects as well as confides in.

All in all, Spider-Man Homecoming has managed a rare thing: it functions as both a good superhero film and a great school film. The desire to fit in, but stand out, excel in school but seek fulfilment outside is no doubt familiar to many of us. Peter Parker is all of us at this age. He’s got a lot to learn but he’s probably one of the few Marvel characters who actually knows this. Luckily for him, he’s just a sophomore and school is far from out!

What did you think of the movie? Let us know in the comments!