With Marvel’s Doctor Strange, releasing in Ireland on October 25, we’re here to give you the run down on who exactly the mystical hero ‘Doctor Strange’ really is.

Doctor Strange was created back in July 1963 by Steve Ditko and Stan Lee. Strange’s first appearance being in Strange Tales #110.

Stephen Vincent Strange rapidly soared into the limelight as a top surgeon. Completing his medical degree in record time, his success also nurtured a rising ego. He became increasingly fussy about what surgeries he would perform, and his materialistic longings began to consume him.

Strange’s life took a drastic turn however when he was involved in a debilitating accident while driving. The accident caused irreparable damage to the nerves in Strange’s hands despite the best efforts of Dr. Nicodemus West. With his hands being such a vital part of his occupation, due to his own vanity, Strange was too proud to accept lower positions in consultancy and his life began to crumble. He put all his efforts and money into finding a cure for his hands. 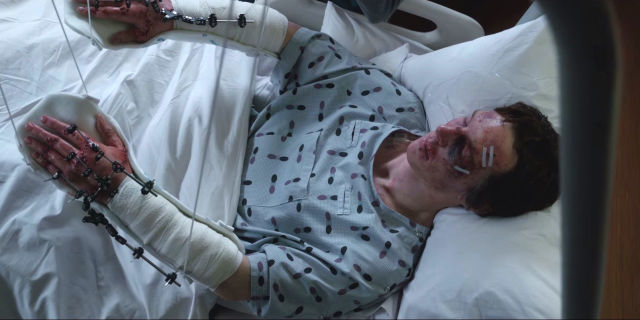 Following a rumour of the existence of an ancient healer, Steven Strange headed East from New York to Tibet. Coming face to face however with the Ancient One, he refused to heal Strange. The Ancient One instead offered to teach Strange in the arts of mysticism. Strange refused the Ancient One’s offer, but as he tried to leave, a growing storm prevented him, and so he was forced to remain there until it passed.

Strange’s mind slowly began to change as he witnessed Baron Mordo using magic. Unaware, the Ancient One was attacked by skeletons summoned by Mordo, however as Strange confronted Mordo about his sneaky attacks on the Ancient One, Mordo cast a spell on Strange so he would not be able to warn the Ancient One.

Realising his only way to stop Mordo was to take him down by himself, Strange accepts the Ancient One’s training. Seven years passed as Strange was taught all there is to know about the arts of mysticism and his journey constantly pitted him against his rival Mordo who had decided to forge his own path in the search for an even greater power. Strange decided it was then time to return to New York, where he built the Sanctum Sanctorum, in Greenwich Village. This would act as Strange’s abode, where he would act as magical consultant to all those in need aided by his manservant Wong.

As Earth’s first line of defence against all threats mystical and magical, Doctor Strange has an arsenal of skills and artefacts at his disposal.

One of the first items Strange wields is the Eye of Agamotto. A powerful stone kept inside an eye shaped amulet. The amulet was given to Strange to help him defeat his nemesis, the being Dormammu. The light of the amulet is said to be able to negate the affects of dark magic.

The cloak of levitation is another big asset of strange and adds to his signature appearance. As the name suggests, the cloak allows Doctor Strange to fly.

Another key Doctor Strange item is his grimoire, known as The Book of the Vishanti. This book contains a number of white magic spells that Strange uses from time to time to defeat his foes.

Upon the death of the Ancient One, Strange took up the mantle of Sorcerer Supreme. This makes Strange one of the most powerful sorcerers in the universe.

However in his current comic run, (All New, All Different Doctor Strange) magic has faced it’s greatest threat to date. Strange has been forced to rely on various magic artefacts such as axes and spears in order to aid him in battle.

It remains to be seen how similar or different Strange’s onscreen adaptation will be. Your curious minds won’t have to wait long to find out however, as Marvel’s Doctor Strange hits Irish and UK cinemas October 25.