Hello, and welcome back to the weekly recap of all the biggest news in gaming. Let’s get this started with the headlines.

There Are no Zombies in Rust

‘Murdered: Soul Suspect’ Upgrades to Xbox One plus PS4

Earlier in the week we covered a news story that ‘Murdered: Soul Suspect’ will be hopping aboard the next gen train. It seemed like Xbox One was the only console that it was making the jump to, but now will be released on PS4 as well. Square Enix has confirmed that we will be able to play the noir themed murder mystery on the Xbox One, PS4, Xbox 360, PS3 and PC in June.

‘Titanfall’ on PC will require Origin and 360 version delayed 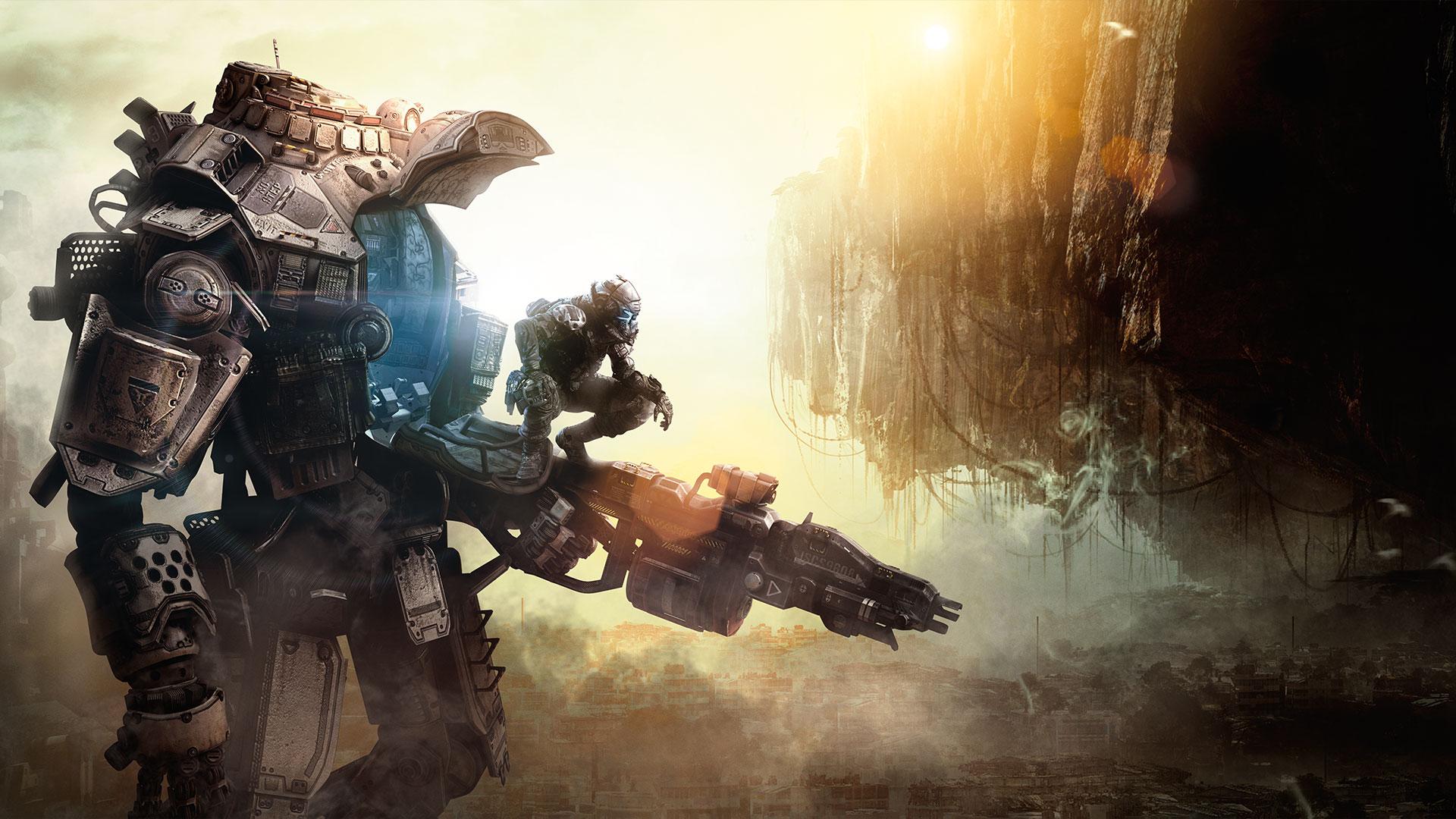 If you were planning on playing ‘Titanfall’ on PC, then sadly you are at the hands of EA’s horrible monster, Origin. Vince Zambella revealed this through twitter, along with the necessary specs. “Min: 64-bit Windows 7, 8, 8.1 AMD Athlon X2 2.8GHz or Intel Core 2 Duo 2.4GHz 4GB RAM 512MB VRAM, Radeon HD 4770 or GeForce 8800GT”. While these specs are certainly very manageable and not heavy at all, it’s just a shame we still have to continue using ‘Origin’.

Also, if you were planning on buying ‘Titanfall’ on 360 then you will have to wait a little while as it has been delayed until March 25. The game is still being released on March 11th on PC and Xbox One. Patrick Soderlund, executive vice president of EA Studios, spoke out on the matter stating “In these last few weeks before launch, Respawn is in the final stages of polishing the Xbox One and PC versions of the game. Bluepoint is doing the same with the Xbox 360 version. To give them the time they need to put the finishing touches on the current-gen version of the game, we are moving the Xbox 360 ship date to March 25 in North America and March 28 in Europe. The extra two weeks will ensure the full world of Xbox gamers has an awesome experience”.

While it’s still a shame for those who wanted to jump into a mech on the 11th of March on the Xbox 360, it’s good that they didn’t just ship early and release a broken product.

‘Child of Light’ gets a New Trailer and a Release Date

One of my most anticipated games for this year is definitely the side scrolling RPG, ‘Child of Light’. Ubisoft Montreal has been working away on it for quite a while now and not a whole lot of news has come out, but now we got a snazzy new trailer that shows off the gameplay, crafting system, world, characters and wonderful visuals. The game is set to release on March 13 for XBLA, PSN, Steam and Nintendo eShop.

One of the biggest games shown off at E3 last year was without a doubt ‘The Order:1886’ developed by Ready at Dawn and will be an exclusive for the PS4. Some great news came out about it this week as the developers have come out and said there will be no multiplayer mode. Ready at Dawn wanted to focus of the game only being a single player third person action game with a story, and that’s definitely a good thing. Too many games have added pointless multiplayer sections that just feel tacked on and eat up development time and money. While it’s good that the team is focusing on the game as a single player title, we also received the news that the game will only run at 30 frames per second. While it will feature 1080p, it will still only feature a 30 frame person second experience. The devs did say it’s the best fit for the title, but it’s still disappointing to any next gen title staying at what we had in last gen in terms of performance. 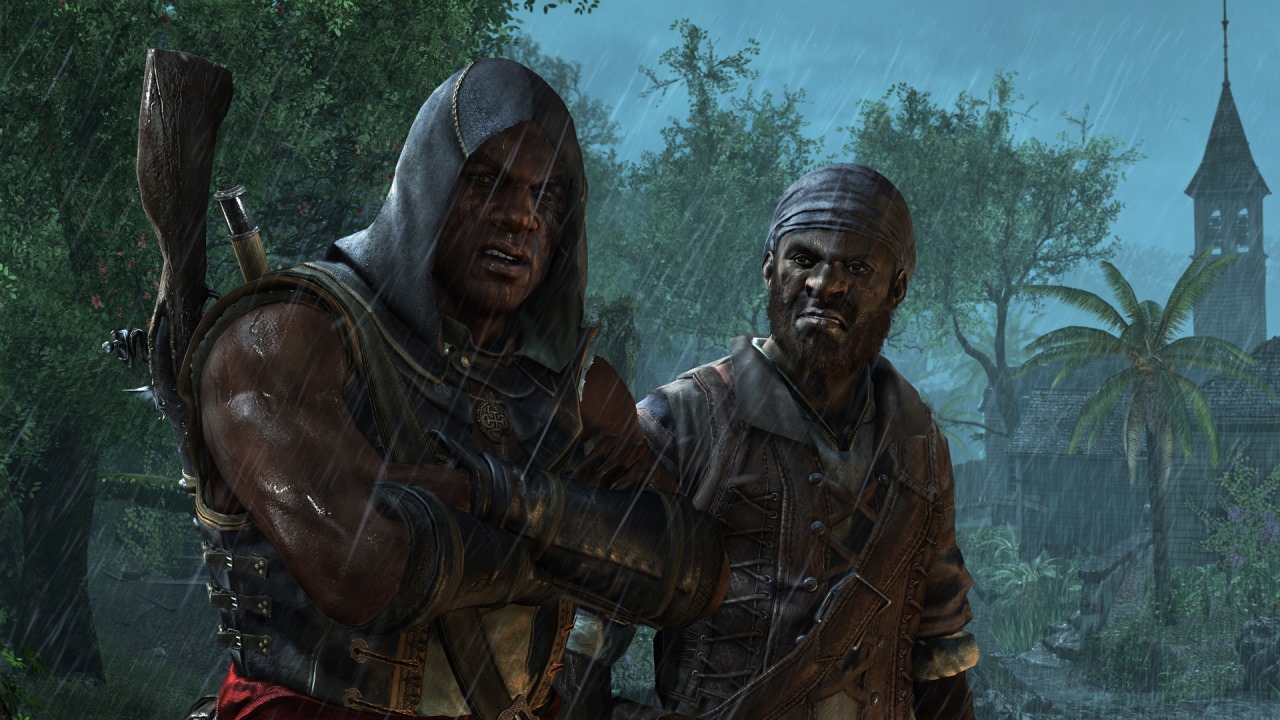 Ubisoft has gotten into the habit of releasing DLC for their recent games, but then deciding to release them as stand alone games. This worked fantastically for last years ‘Far Cry 3:  Blood Dragon’ as it allows gamers to pick and choose what segments they want to buy instead of committing to a full price tag. Now Ubisoft has decided that the recent DLC, ‘Freedom Cry’, for ‘Assassins Creed IV’ is good enough to get the same treatment. You will be able to purchase the story DLC featuring  Edward Kenway’s first mate, Adewale, on PS4, PS3 and PC on February 25th.

With the first episode of Burial at Sea out for a while now, fans have been wondering when the second episode would be out. Well Irrational Games have not given us a date, but a very bold statement regarding the cast line-up of episode 2. Irrational has spoken out on the subject, stating the game “involves nearly every major character from Bioshock and Bioshock Infinite.” This, to fans of the series, is a massive deal as we have come across quite a few interesting characters. Also, what does this even include? Do they need to be alive? Are the two dimensions going to meet?

‘Disney Infinity’ brings Marvel and Star Wars into the Toybox

Last year saw the birth of Disney’s latest cashcow, ‘Disney Infinity’. a ‘Skylanders’ style video game in which you collect separate figures in real life and use them in game. The game has done insanely well, selling over three million starter sets as of January. Many newer Disney characters got into the roster including characters from ‘Pirates of the Caribbean’ and ‘Frozen’, but now we have heard news that ‘Star Wars’ and ‘Marvel’ characters will be popping up too. I can only image the wacky adventures you could have by pairing up ‘Darth Vader’ and ‘Emperor Zurg’.

One of the most highly regarded video game composers in history has to be Mamoru Samuragochi; many considering him to be the ‘Japanese Beethoven’. His most noteworthy work would definitely be the ‘Resident Evil’ series, producing terrifying tracks with a real sense of fear and despair, yet never being able to hear any of his own work. Well in light of recent news, it all turned out to be a fake. Mamoru Samuragochi has been using a ghost writer for the last 18 years, taking all credit for the work as his own. Samuragochi admitted this to the press but also blamed this on his degenerative hearing , stating it was the only reason he did this. “I had to ask the person to help me for more than half the work because the ear condition got worse”.

The news just kept getting more interesting though,as the ghost writer actually spoke out about the issue. The ghost writer is actually a music teacher named  Takashi Niigaki. Takashi has actually made some very interesting remarks, believing that Samuragochi has been faking his deafness. “We carry on normal conversations. I don’t think he is [handicapped],” Niigaki said, “At first he acted to me also as if he had suffered hearing loss, but he stopped doing so eventually… He told me, after the music for the video games was unveiled, that he would continue to play the role [of a deaf person].”

This news story was quite a bizarre one as we’ve never had anything like this happen in the video game music world. While we cannot speak of Takashi Niigaki’s accusations, the whole situation is just insane. I, myself, have never played the ‘Resident Evi’l series, but I have always respected the quality of music it produces, and I have lost all respect for Samuragochi.

After everyones favorite wacky CEO, Steve Ballmer, left his position last year, Microsoft has been searching for the next head of the company. This week that question was finally answered, as the new CEO of Microsoft has been revealed to be Satya Nadella. Satya has been in the company for some time now and until recently was the executive vice presiding of the Cloud and Enterprise group. We here at the Arcade wish him all the best as the Head of Microsoft for the coming years.

In a interview with Eurogamer, Naughty Dog discussed the possibility of a sequel to ‘The Last of Us’. Neil Druckmann, creative director, stated “”We have started brainstorming some stuff,to be honest, some of them are sequel ideas, and some of them are brand new IP – we’ve spent the last few weeks brainstorming new IP.” Naughty Dog works in a two team development system. While one team is busy making the highly anticipated ‘Uncharted 4’, that leaves the team finishing up the DLC “Left Behind” with nothing. We just don’t know what that team will be working on, it could be a sequel to the ‘Last of Us’, a  new IP, or if were really lucky, a next gen Jak and Daxter game. (Here’s hoping!)

If you’re reading this then I presume you’re a fan of the ‘Batman: Arkham’ titles, or you have at least heard of them. The games have exploded in popularity in the last few years, adding to the success of the Nolan trilogy and building one of the most notable combat systems in recent memory. While the last title in the series wasn’t exactly a bad game, it wasn’t exactly a massive step forward. To change things up DC has decided to produce a film set in the ‘Arkhamverse’ set to release in 2014. We don’t have a whole lot of hard details yet as it could either stay the course of the ‘Asylum’ and ‘City’ timeframe or the past ‘Origins Bat’.

If you’re familiar with ‘Double Fine’, then you may remember a little event known as ‘Amnesia Fortnight’ in 2012. ‘Amnesia Fortnight’ was a two week game jam from all the developers working at ‘Double Fine’ in which you got to play unfinished games to inspire new ideas and creativity in the company, and if they were good enough, to be turned into fully fledged games. Well ‘Double Fine’ has decided that they are up for it again this year, but with a new twist. This year, the ‘Amnesia Fortnight’ will be held on Humble Bundle.com, where you can get all the prototypes for a reasonable price that goes to charity. Also this time they have a very special guest along with them, and it’s non other then everyone’s favourite animator and 2014 ArcadeCon guest, Pendleton Ward. Yes that’s right, Pen is working on a game and he has 4 great ideas that the public will get to vote on. I highly recommend you watch all his pitch ideas as there are some pretty great ideas in there. It’s not as if these prototypes can’t become anything amazing, as past games from the ‘Amnesia Fortnight’ were ‘Costume Quest’ and ‘Stacking’.

You can check out the game or donate over at the official Humble Bundle site. Two developers at ‘CD Projekt Red’ have left for greener pastures to the indie studio, ’11 Bit’. The developers in question were Maciej Szcześnik (lead gameplay designer) and Marek Ziemak (gameplay producer) who both primarily worked on the popular ‘Witcher’ series. Maciej Szcześnik spoke out on the matter stating “I’m absolutely looking forward to working here,I’ll be responsible for the entire design of a game that took shape in my imagination. It’s a really exciting feeling to create a new world from scratch, make its characters and rules and to know that I have this blank page to fill with my ideas and then bring them to life.”

’11 Bit’ has found success in the tower defence genre with popular titles in the ‘Anomaly’ series. 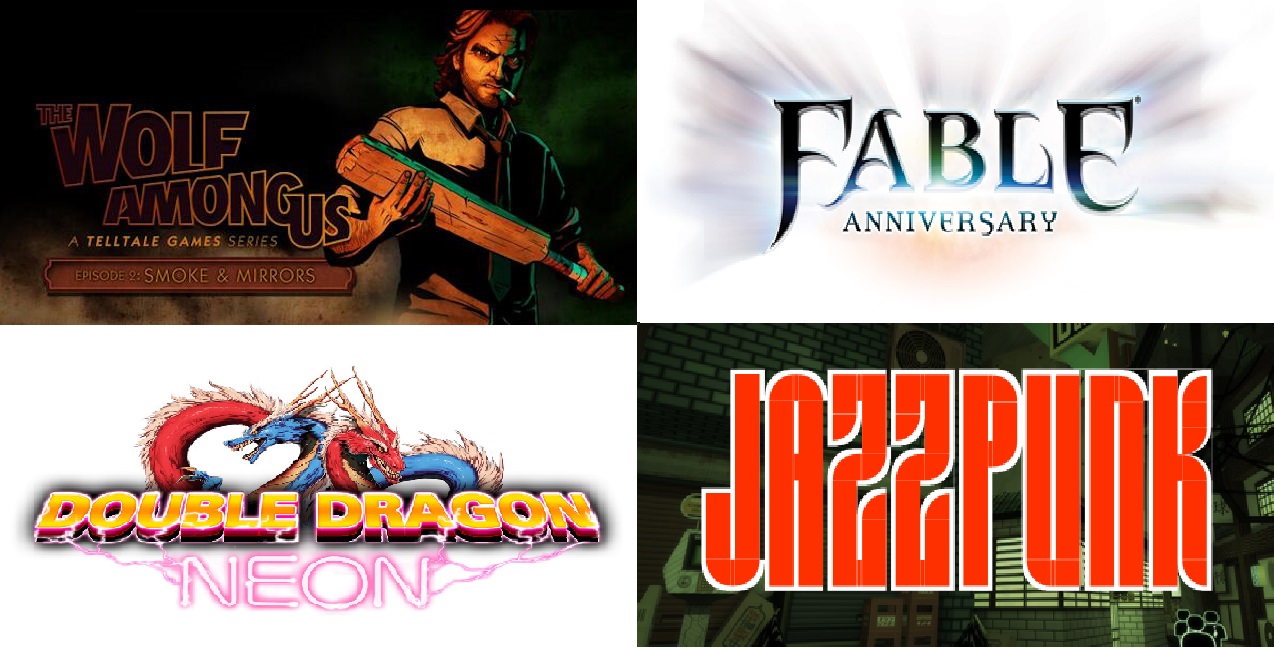