Contrary to what our significant others would have you believe, we’re a romantic bunch here at The Arcade. With Valentines Day rapidly approaching, every day in the run up we’ll be taking a look at some of our favourite fictional couplings and what makes them so perfect for each other. To get the ball rolling, here’s Mairead to explain why Dwight & Angela are strong, albeit strange, contenders for the crown. – Andy K

The U.S Office mainly focuses on the relationship of Pam and Jim. From their shy, timid flirting to their happily ever after, they’re the obvious choice for the most romantic couple on TV. But the truth is that Dwight and Angela are the most perfect couple in all of fictiondom.

Their incredibly sweet, albeit somewhat formal, forms of intimacy compliment each other perfectly, and in the end isn’t that all we want in a relationship? Someone who makes our good parts look amazing and our bad habits something to endear?

Dwight’s character is one of reverence and for all forms of order and authority and he reflects a comedic exaggeration of the dominant male figure. He is the company man turned inside out; his continually thwarted sense of grandiosity matched by a sometimes touching credulousness believing in androids, bats that turn humans into vampires and the powers of Amazon women.

Angela is the definition of the good American girl. Adherent to her old-fashioned norms and regularly seen as the moral watchdog over her office colleagues. As the stereotype goes, Angela is incredibly attracted to power, which she sees in Dwight. 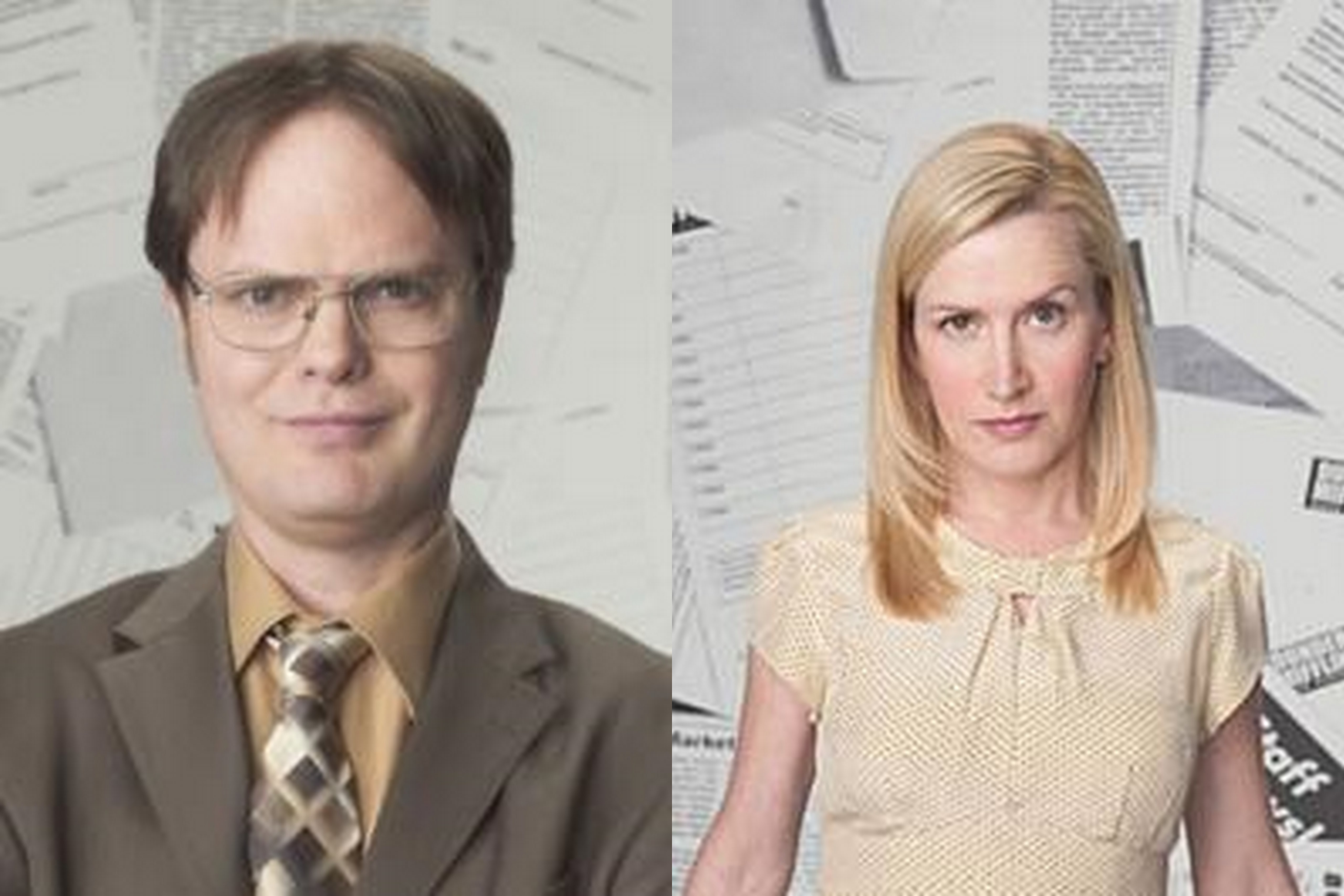 Their twisted versions of what they perceive to be happiness have almost split them  up more than once. Dwight euthanized her cat. Angela got engaged to Andy and then married the Senator which made us nearly weep and cry out to them to open their eyes and realize how perfect they are for each other. They are so set in their ways that it became almost hard to bear them not being together when we as viewers could clearly see that they were meant to be.

They are the ultimate perfect couple in my opinion. The fact that they can totally be themselves and live happily ever is a testament to the “love transcends all” motto.