With the trend of remasters and last-gen game ports, Ubisoft enters the space once more with Zombi, or you might recognize it as its Wii-U counterpart, Zombi-U. A survival horror set in an apocalyptic undead-ridden London; Zombi-U was praised as a demonstration for why the Wii-U gamepad mattered to the experience of the Nintendo console when a lot of games simply hadn’t at the time. Does the lack of a Wii-U gamepad take away from Zombi-U’s experience? Let’s find out.

The player begins as a randomized survivor whose skin is saved by an unknown voice called the Prepper, a man who has hacked into London’s CCTV cameras to get an eye on every corner. A hard-headed survivalist, he offers assistance in showing you the best places to scavenge for supplies. Throughout the 11-13 hour campaign you’ll meet a small cast of very one-note characters who spout drab story exposition to give players an objective. The majority of the time you play these missions you’ll be an errand boy (or girl) collecting quest items and following the orders of the strangers you’ve known for less than five minutes but are suddenly those you’re willing to dive into certain death for. Besides that, the story is mostly average, but even at launch its plot was never something hailed as a masterpiece and is still the case if not poorly aged due to other games in the same genre such as Dying Light telling better stories and generally raising the bar. 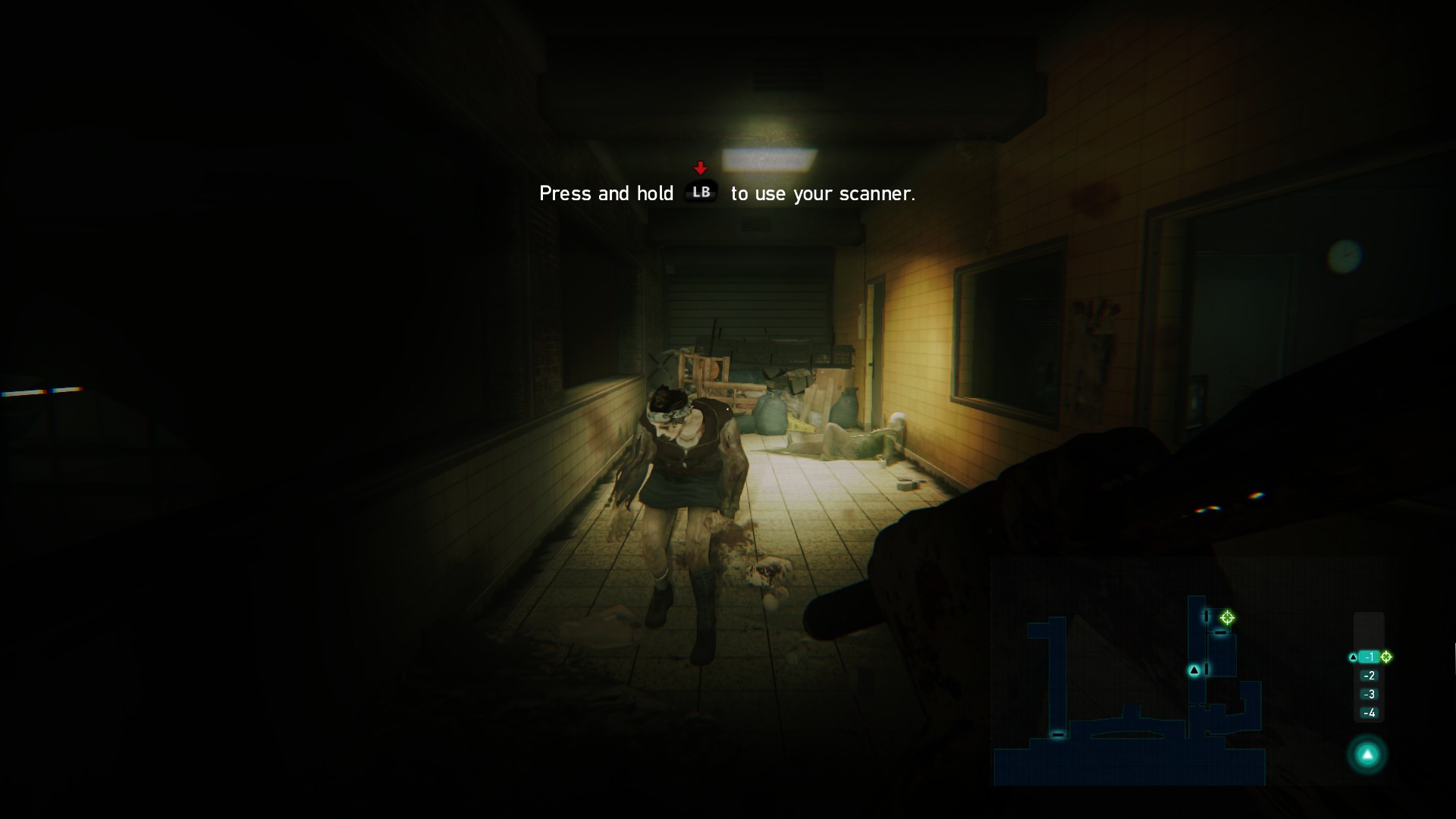 Zombi’s gameplay focuses on survival horror staples with scavenging for scarce resources, infrequent saving and an incorporation of permadeath. At the beginning of the game you’ll be given a survivor with a name, age and occupation. All irrelevant information, but combined with the skill progression there is certainly an attempt to instil a connection between you and the blank slate of a survivor that never really hits, even when you die and are forced to re-tread your previous progress to find the now-undead corpse of your previous character. The skill system doesn’t feel as essential to survival as it probably should and the implemented weapon upgrades pretty much replace the need to care about skills quickly when you’ve got an arsenal of tricked out guns that are guaranteed to last through the entire game, on the condition you reach that gear without dying a second time. 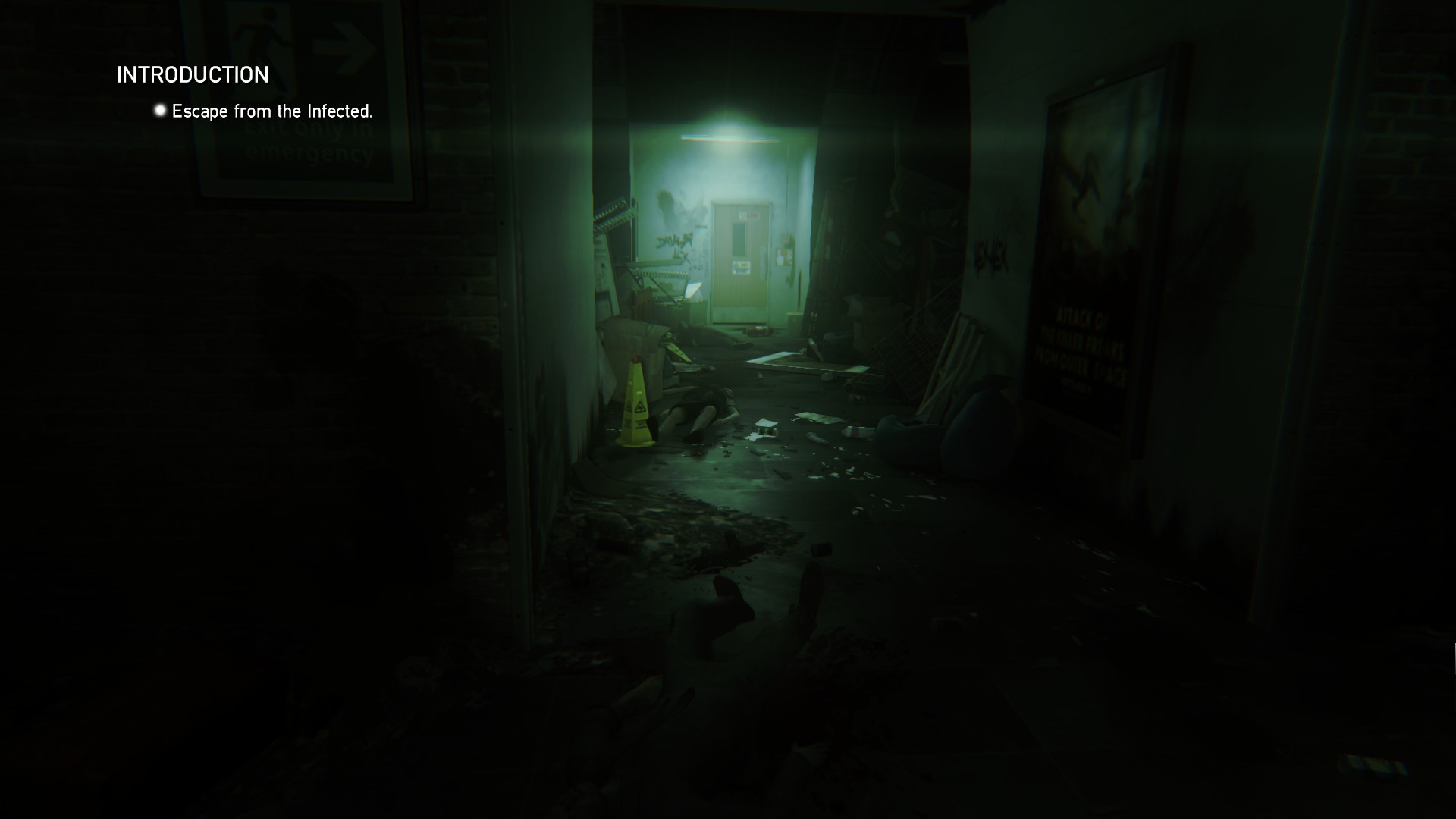 Fighting the undead menace throughout the game will have you doing crowd control to make sure you’re not flanked or trapped, stealthily taking out stragglers from bigger crowds and keeping an eye over your shoulder the entire time doing it. The ruleset in fighting zeds is no different than your modern take on the zombie survival genre with an emphasis on being quiet, avoiding direct combat and knowing when to run but Zombi never fully commits to its own ideals in a way that would have made the game a more tense and satisfying or punishing experience. For example, the Prepper warns you that shooting a gun is the equivalent to ringing the dinner bell, but enemies outside of approximately twenty feet won’t hear your gunshots or grenades as you clear a path to your next objective. Unless scripted or alerted by a certain special infected, being loud won’t even bring new zombies into the area, which would have nailed a more immersive and dread-inducing feeling to using guns as a last resort. In games like State of Decay where the rules are roughly identical (e.g. stealth being a necessity in undead crowd control), Zombi takes a half-step in the same direction only to stumble at even the more logical steps to creating a true survival horror apocalypse.

Though flawed in these ways, Zombi isn’t a game completely devoid of fun. The combat is still franticly tense when you’re dodging attacks from an oncoming horde and trying to get in a good swing at a zed’s head. Fights are only made more nerve-wracking when you have to run out of ammo and space to back into, forcing either a retreat or an almost hopeless last stand. Making plans outside of combat to clear areas of hordes can feel satisfying when pulled off but equally as suspenseful when they go awry and force you to think on your feet.

Another issue I found with Zombi was the translation to a control-scheme with no second screen; it dulls the novelty of the Wii-U centric mechanics entirely. You used the tablet controller to scan environments looking for loot, manage your inventory, pick locks and solve visual puzzles which took your eyes from your survivor and away from the possible danger. The risk involved in performing all of these tasks meant you were more vulnerable to an attack but in Zombi all of these mechanics are a button press away (rather than clever visual quirks) which adds layers of busywork that feel more tedious than charming as they were on the game’s original platform. 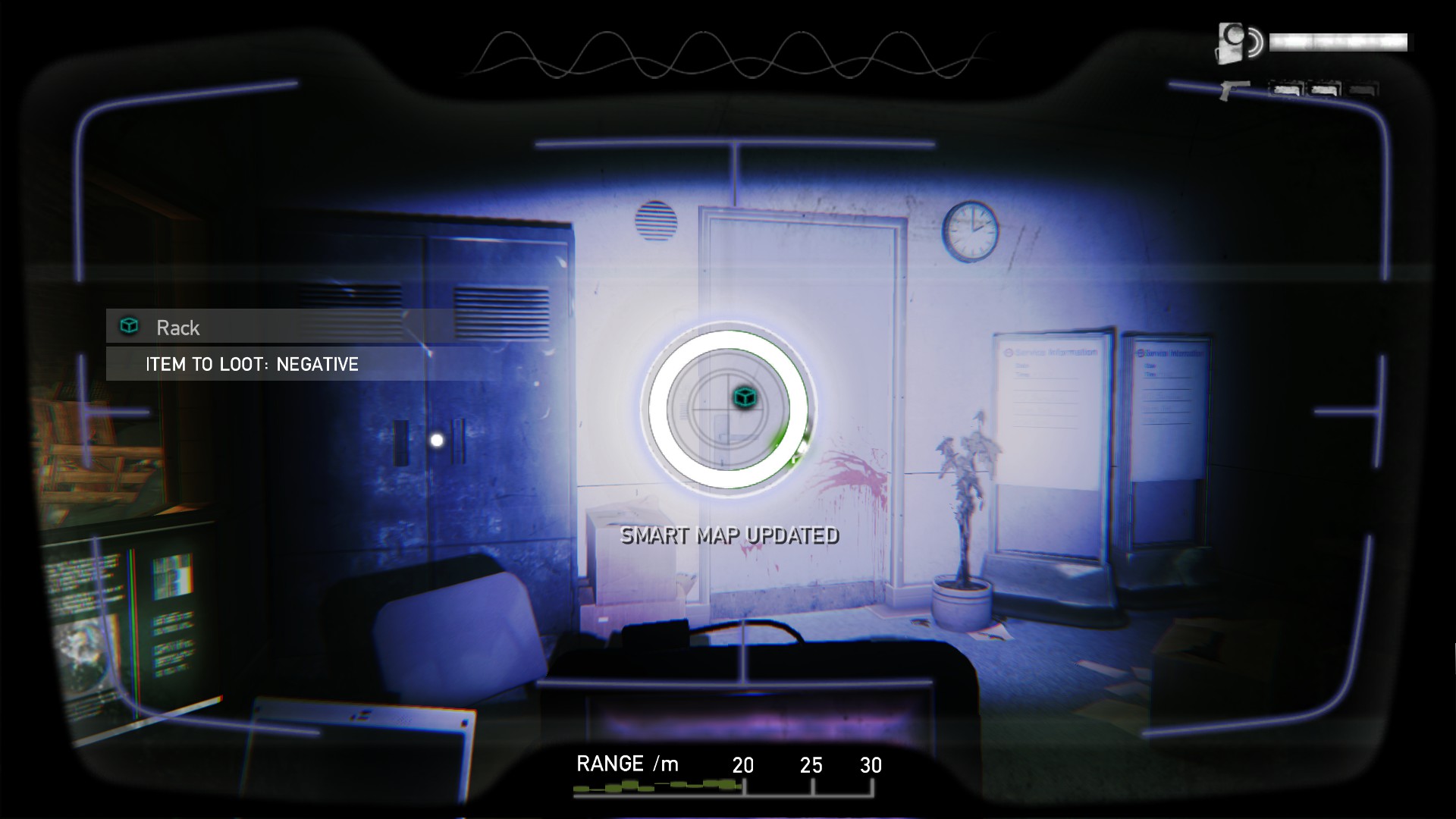 At times, Zombi felt like a game that certainly had ideas that could have went somewhere with a little more depth but instead falls on its face with a series of half-baked mechanics. The gimmicks of its older Nintendo sibling don’t translate well at all and the lack of effort to rework some of these ideas into something a little more than a cavalcade of unremarkable minigames and puzzles feels lazily thrown together as a quick cash grab of the €19.99 you might have sitting in your wallet. All we can say about Zombi is this; Don’t Open, Dead Inside.