Swedish developer Overkill Software have announced that they are implementing paid weapon skins to their flagship multiplayer game Payday 2. The announcement follows a series of news they have released during their Crimefest event in which free content and update announcements are released to the public.

The system works with randomized drops from crates that can be unlocked for real cash. Sound familiar? Counter Strike: Global Offensive uses the same system but only applies cosmetics effects to weapons in-game to maintain balance. Overkill seems to be going in the completely opposite end of the spectrum by giving players who tackle higher difficulty heists a better advantage in-game with stat-boosted weapons.

Here is an example of how the system works: 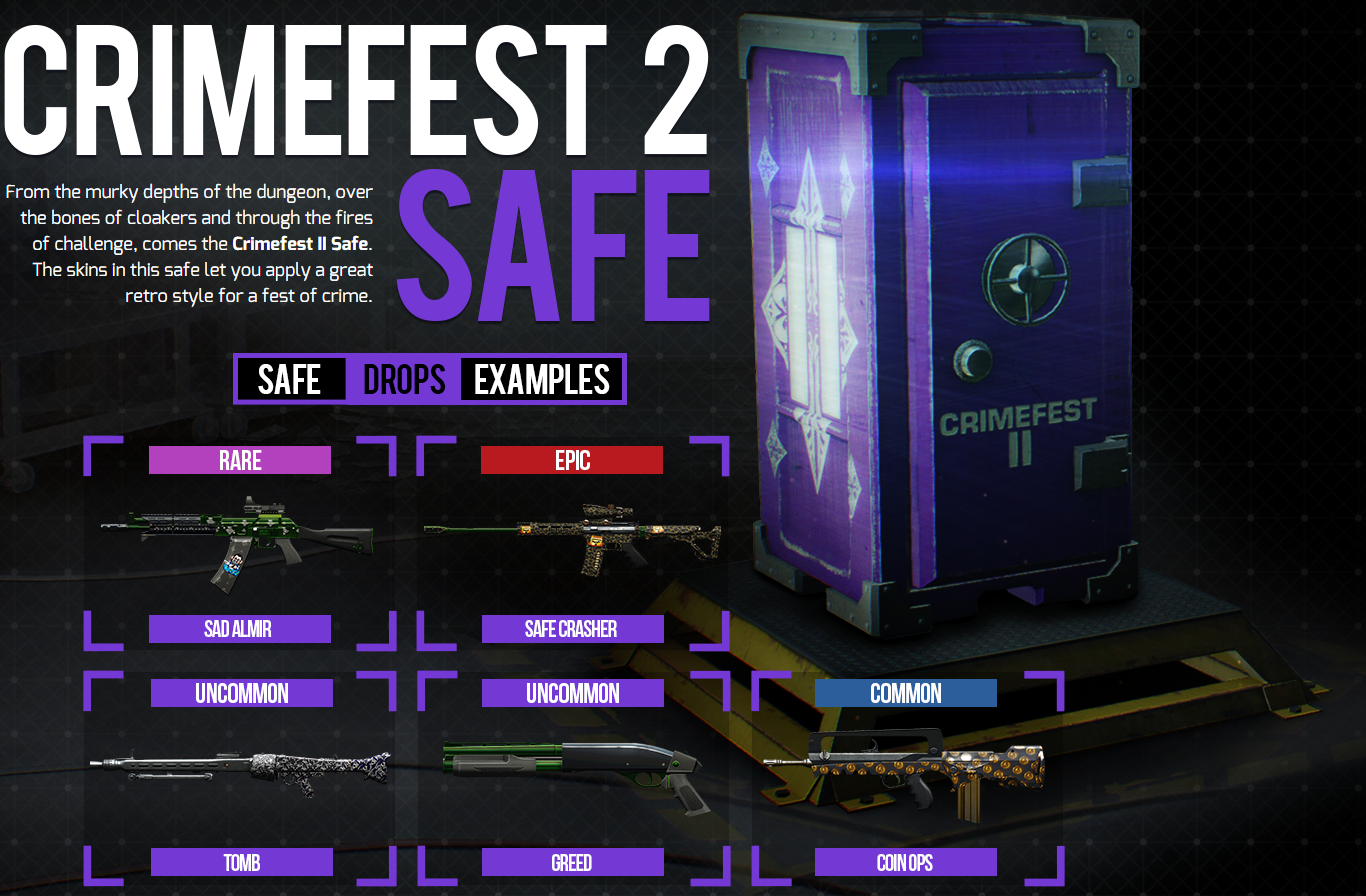 Already fans on the Payday 2 subreddit are livid with their criticism of the new system, accusing Overkill of ruining the progression and balance of the game as well as falsely leading the community on by claiming that Crimefest was only going to be free content as it has been in the past.

This isn’t the first time the Payday community has raised issues with the developer over cashing in on the player-base. Overkill has also been accused of cashing in on players’ desire for new content with over-priced heists that offer very little substantial gameplay worth the money.

As of now, the developer has yet to comment on the community’s negative reception of the announcement, but Payday 2 producer and community figurehead Almir Listo should make a comment in the next few days. It should also be noted that, before the game was released, Overkill had stated that Payday 2 will not have micro-transactions, though this statement was from ex-Overkill designer David Goldfarb who has since departed the company as of July 2014.

What do you think? Are you a Payday PC player? Do you care that they’re introducing such a system? Let us know in the comments.

0
0   0
previous Thor: Ragnarok To Include The Hulk
next Capcom's Resident Evil Team Is Incorporating VR Into Its Next Project