John Wick Hex Coming To PS4 In May

The year was 1998, I was at home. A Playstation controller rested in my hands, flickering across the tiny screen of my portable TV was the face of  Solid Snake. He was having a conversation with a Cyborg Ninja who had only seconds ago cut a swath through a dozen armed guards. I should be paying attention to the dialogue, but out of the corner of my eye I see a poster hanging on the wall of the room they are in and my curiosity is peaked. The Poster  is black save for the five men in spacesuits at its center, above them is one word “Policenauts”. All of a sudden I’m back in the game, forced to do battle with the Cyborg Ninja, but as soon as the fight is over the man I’m there to save Otacon goes into a big spiel, he explains that he is an anime geek, and how that lead him into the field of robotics. We are treated to a short anime clip of Police Mech Suits prepping for take off then its back to Metal Gear.
My curiosity had been peaked, I wanted to know what this anime Policenauts was! Of course it was 1998, the internet wasn’t as accessible back then. I searched as best I could for Policenauts, but to no avail.

So years passed and I forgot about it. That is until I decided to revisit Metal Gear for another play through in 2009. I got to the Cyborg Ninja scene and there it was again, the Policenauts poster. This time I was sure  I could use the combined powers of Google and Ebay to figure out where to buy Policenauts and it would finally be mine, and find it I did.
Only it wasn’t an anime, it was a game, a game that had never been officially released outside of Japan. A game by Metal Gear creator Hideo Kojima!
The game itself was nothing like Metal Gear solid. It was the spiritual successor to another of Kojima’s earlier games “SNATCHER” a fantastic Cyberpunk style point and click title which unlike Policenauts had been released outside of Japan on the Sega CD in 1988. Policenauts was originally released in 1994 on the Japanese PC-9821 home computer. It was later ported to the 3DO, the Sega Saturn and the Playstation one, all on the Japanese market.

My options were limited at this stage, and all of them relied heavily on me learning Japanese in a very short space of time which wasn’t going to happen. I was gutted, but all was not lost. A little further digging unearthed that I was not the only person who had been looking for this elusive game, a dedicated group of gamers aptly named Policenauts Translation Project had painstakingly gone through the game and translated the Japanese dialogue. They released a version of the game with English subtitles for the PSONE to be played through emulation (they also provided links to online stores where you could buy the original game, which I have since done) I was over the moon.
During my research into the game I had learned much about how the game play was structured. The game plays like a live action comic book, with anime segments as cut scenes. There are multiple shooting mini games throughout as well. Policenauts harkens back to the days of Beneath a Steel Sky or Myst. It’s safe to say that they do not make games like this any more, and for this gamer that is a real shame because it is a fantastic experience.

The story of Policenauts is both similar and new. It is no secret that Hideo Kojima is a huge American action movie nut, and Policenauts is his love letter to that genre, with the lead characters bearing a striking resemblance to Mel Gibson and Danny Glover during their Lethal Weapon roles.
Set in the far off distant future of The main protagonist is Jonathan Ingram, a man out of time. He was part of a select group of Policemen from Earth who were tasked with keeping law and order on Earth’s new Space Colony “Beyond Coast” hence the title of the game.
Following a freak accident during a space walk that left him floating through the cosmos in suspended animation for 25 years, Jonathan is rescued, but the world he knew has moved on without him. His wife remarried and his partner Ed has vanished into obscurity in the Beyond Coast Police department. There isn’t really a place for him in this new more advanced world. That old adage of “the analogue cop in an extreme digital age.”
The only job he can find is as a Private Investigator who specialises in kidnapping cases, that is until his ex-wife Lorraine shows up looking for his help. Her current husband Hojo has gone missing and she fears for his life. She presents him with some clues and pleads for his  help. Jonathan tells her he will think about it and she leaves, but Lorraine doesn’t get very far she is killed by a car bomb as she leaves the office

. Jonathan pursues the bomber and a shoot out mini game begins. Once this is complete Jonathan returns to his ex-wife who then dies in his arms. He decides in order to honour her death that he will take the case, he must return to Beyond Coast and reunite with his old partner Ed.
All of this is just the prologue to game, so as you can already see it is going to be one hell of  ride!
The game itself is broken into chapters, each containing multiple mini games. Some are shooting segments others are stuff like bomb defusal. This is a game that does make you think to a degree. One of the things about the game that made me laugh out loud more than once was the dialogue. It is a Japanese game after all and the script has been pretty much translated directly to English, so some of the sexual connotations are in the usual mad Japanese way of thinking, and most of them are quite sexist.

The game is filled with loads of colourful characters, one you may actually recognise if you are Metal Gear fan, because Policenauts is the game that the character of Meryl Silverbergh originally starred in. Kojima-san liked her so much he decided to bring her over to his Metal Gear franchise. The difference is the Meryl in Policenauts is a much more experienced cop who doesn’t take any prisoners.
The mystery of Beyond Coast moves along at a steady pace, with Jonathan having to watch his back at every turn. He can’t trust anybody.

Old friends now seem to be enemies, the new technology of the era he finds himself in makes him question mankind’s morality and mortality. You fight mech suits, genetically modified cops hell-bent on your destruction, it really is a beautifully put together game that deserved a much larger audience . I am not going to spoil the plot of the game here, because I highly recommend you seek this title out for yourself. If you are a fan of good solid adventure games you will love Policenauts. It is a great Sci-Fi adventure mixed with the tongue and cheek of mid 90’s action movies.
It’s a shame it never received an official western release because I reckon gamers would have lapped it up. Huge thanks go to the team of the Policenauts Translation Project who put two years of work into making this game accessible to gamers like myself. It was a long road of discovery for me with this game. I have completed it three times now and enjoy it more and more each time I play. It has a charm that a lot of modern computer games lack. If at least one person goes and seeks this title out and enjoys it as much as I did then I have achieved what I set out to do with this piece.
Policenauts is a cracking title that deserves your attention. 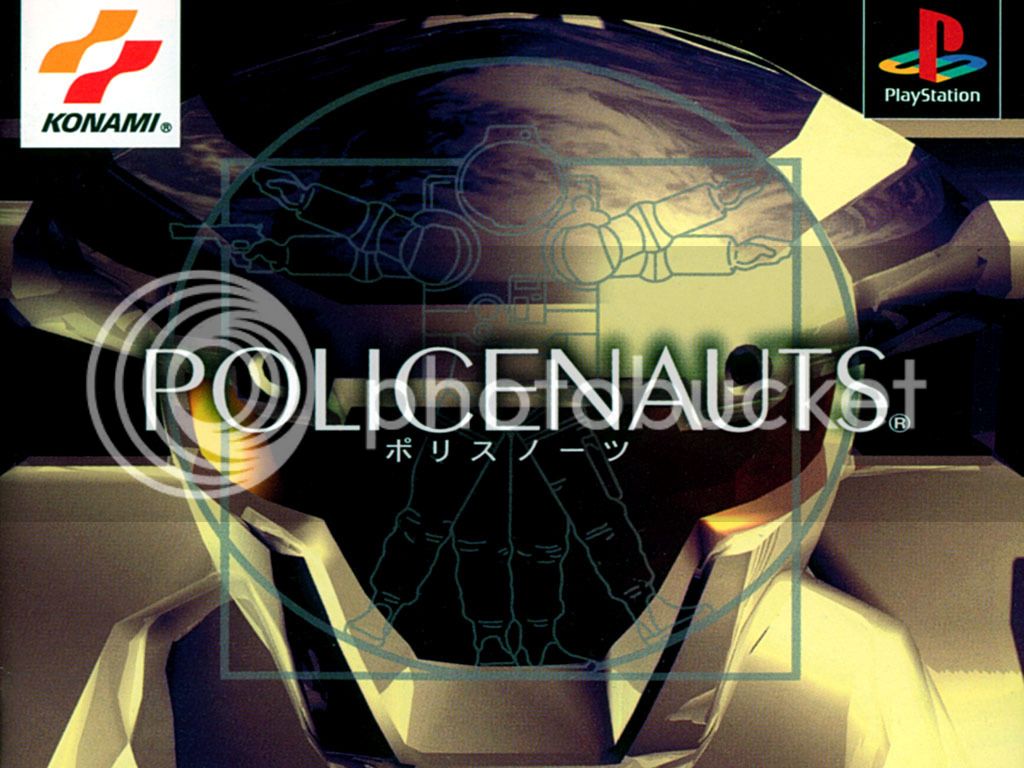