Robert Picardo has had a long and healthy career and it continues to flourish to this day. I first saw him as the Doctor on Star Trek Voyager. I then began to notice him in several other things, playing small roles or cameos in films and television. He became my version of Where’s Wally? I would shout at the screen when I’d see him, only to have everyone around me tell me to shut up. I secretly enjoyed being the only one who knew who he was. I got a great feeling out of it, like I was a part of some secret club. Most of my friends didn’t like Star Trek or science fiction.

It was only when I got older did I discover people who loved the things I loved. And when I found out other people knew who Robert Picardo was I jumped for joy. But I still surprise them when I mention the things he’s been in. 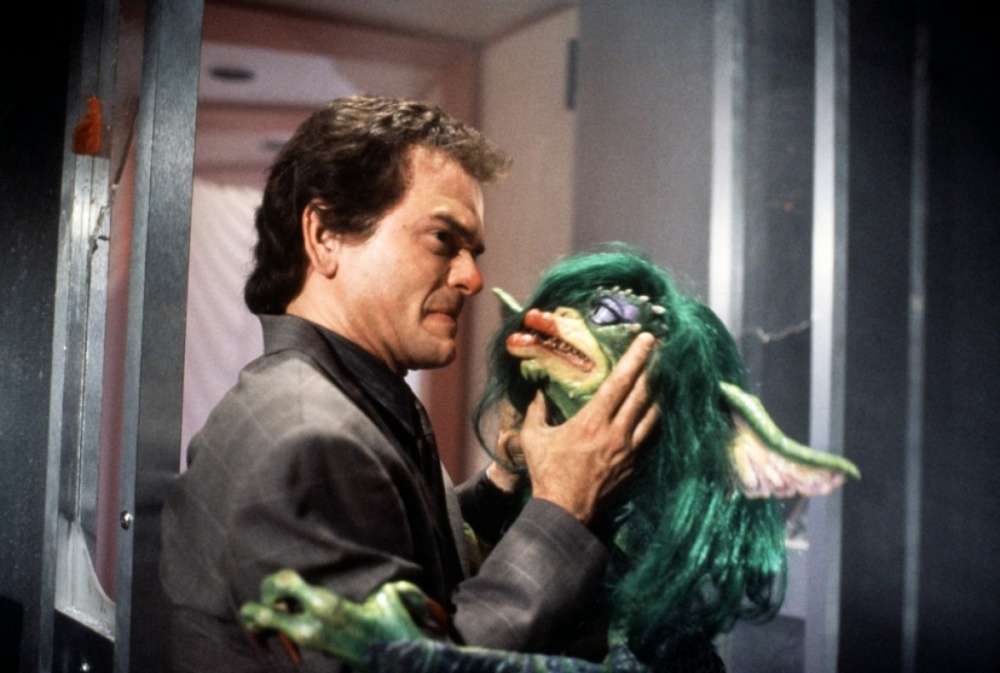 This is an obvious one I know. But we’re only getting started.

Directed  by Joe Dante (who will appear several more times in this article), Picardo  plays Forster, a tightly wound office manager, who you might remember is the love interest of the female mutated gremlin. The film ends with the promiscuous gremlin inching towards him in a wedding dress. Tired of trying to fight her off, Forster gives in to her romantic advances. It gives a whole new meaning to the title: The New Batch.

Directed by Joe Dante (I told you, he’s in this as much as Picardo), Small Soldiers tells the tale of military toys going on a rampage with munition chips inside their brains. And what genius gives the toy developers these chips? Robert Picardo’s charcter of course! Nice one, Doc.

For a couple of episodes Robert Picardo played Bob Jacobs, the father of Aaron Jacobs, Sabrina’s fiancée, before she decides to finally get back with Harvey Kinkle and drive off on his motorcycle. That scene is boring, so here he is singing:

Another Joe Dante film, this time about a shrunken man (Dennis Quad) inside a tiny vessel in the body of Martin Short. Robert Picardo plays, The Cowboy, a henchman for the villain of the movie intent on getting the miniaturisation technology. But he’s discovered and kidnapped by our heroes, beaten unconscious and thrown into a bathtub naked and restrained.

Martin Short takes his identity and impersonates him.

Just have a look for yourself:

The 80’s developed some classic kids films and this movie is no exception. Directed by, wait, can you guess? That’s right, Joe Dante. It features a group of friends building a spacecraft  in order to reach outer space. Robert Picardo cameos twice in the film. Once as Starkiller, a parody of Flash Gordon, when the kids fly by a drive-in theatre. And again as the voice of  Wak, the friendly stand up alien comedian.

Why yes, that is Robert Picardo hunched next to Joe  Piscopo. The film is about reanimated corpses and their masters using their obedient zombies to rob banks and jewellers, profiteering from their ability to absorb bullets. Picardo’s Lieutenant Herzog faces such foes at the beginning of the film and is baffled by their refusal to die, despite being riddled several times with lead.

And now we come to my favourite WTF moment. I bet you’re trying to work out who he played. Was he one of Cohaagen’s henchmen? Maybe a Kuato rebel? I know, he was a mutant, right? All wrong. Robert Picardo in fact plays the voice of Johnny Cab, the taxi Douglas Quaid commanders when in pursuit by the bad guys. You don’t believe me? Listen closely to the voice:

If you were/weren’t surprised by this list, comment below and let us know your thoughts! Robert Picardo is a Special Guest at this years Arcadecon 2014. It runs from the 10th – 13th July. Tickets are selling out quickly, so buy them sooner rather than later!