Hello, comic people! Hello non-comic people. This is another smoking hot, black-and-white, demon-ridden edition of Comicphiles.  I watched a western on Sunday and that got me on a Tarantino binge and now all I can think about is Detectives and pulpy fiction and bloody sword/gunfights. That Sunday night is the exact reason I could help myself and went and read three #1’s that were all varations on a very noir-ish theme. Read on for my verdicts! 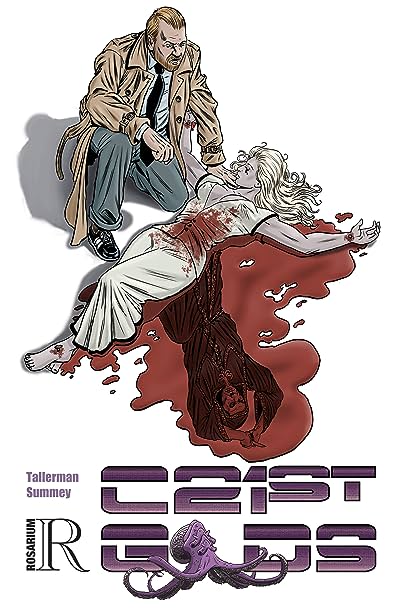 This is is Lovecraft meets Phillp K. Dick. The main character is a sort of not Deckard who has a sidekick that doesn’t last long. Then things escalate and our maverick main character takes things into his own hands and hovercar to sole the case even if his Chief told him not to. It’s genuinely difficult to tell if this thing is deliberately using hoary old tropes as a way of leaning into the genre-mashup thing. If it is, the execution is stellar. If not, it’s a perfectly fine variation on a theme. The art is reminsicent of Steve Dillon, but has some errors  sophomoric that are sophomoric enough.

For an Indie comic, the whole thing is a pretty neat package, but It doesn’t have enough promise to stick with. 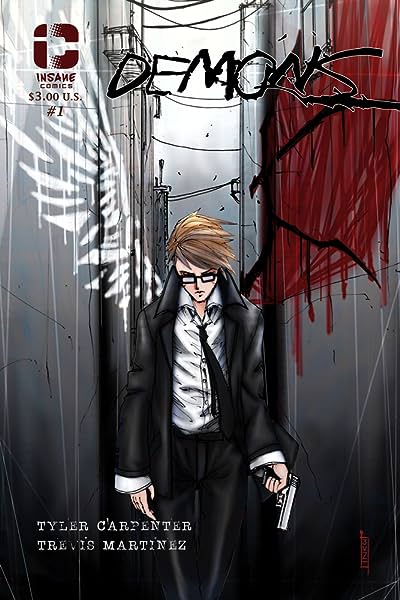 The main character of this comic is called “Ace Carter.” I had to buy it. The only thing I love more than Noir is Kitsch. It actually opens with a quote from The Bible. Ace Carter broods a lot. His default posture is pretty poor, to be honest. The whole book has a kind of po-faced, Men-In-Black-but-in-a-church-way sort of vibe. It’s sort of interesting, but difficult to take seriously.

At one point, a character is trying to describe a scene where the people he went hiking with got murdered by men in hooded black cloaks. The actual line was: “Johnathon and our friend had been stabbed and murdered in front of my eyes by a group of hooded black men.” Not quite what the artist meant, I think. I found the story a little difficult to take seriously after that. Also, the art veered from being stylised to just looking like scans sketchbook over the course of three pages.

This might make happy someone who loves Judeo-Christian mythology and a certain hit 1997 Will Smith movie, but I am not that person. 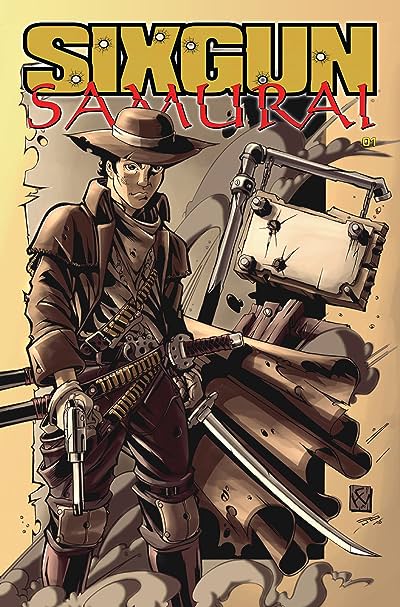 I looked at the cover of this one and though I was onto a winner. He’s a samurai. He’s got a sword and a gun. It ended up being quite readable. The author obviously has a bit of passion for Japanese culture, which shines through in the dialogue. I don’t really go for teenage protagonists, either, but this was the third comic I read so it got a ton of slack cut for it. The teenager at the heart of this story is sulky and reluctant to do anything that isn’t his idea, so it’s pretty well written in that regard. The whole story is a little bit transparent from the off – some twists that don’t really work as twists. I’m not one for spoilers so you can go see what I mean for yourself, but the better option is to save your money.

Also, the art is mostly brown-coloured, which makes sense in a western, but isn’t all that interesting to look at. In terms of composition, the content of the panels usually feels a little smushed together.

Even with plenty of slack, this wasn’t for me. I guess I don’t like teenagers all that much.

0
0   0
previous Whathu Doin' This Week Alice?
next Live Action You May Have Missed – Otaku Digest