Dublin Scientist On Shortlist To Mars

Dublin Scientist On Shortlist To Mars

Irish Astrophysicist and Trinity College Scientist Joseph Roche has made it to the final 100 in the shortlist to travel on a one way trip to Mars.
If successful enough to reach the final 40, Joseph will fly to the red planet to estabilsh a permanent settlement by 2025. 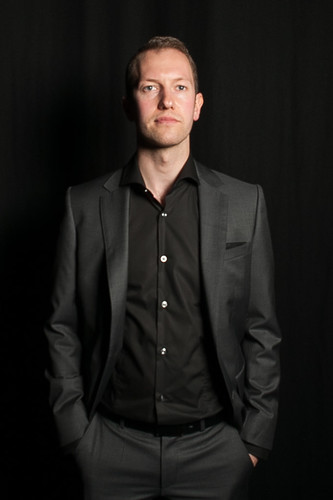 Those who are successful will be making this journey leaving their lives, families and friends behind to never return to Earth. But Dr. Roche believes that this is a once in a lifetime (literally) oppurtunity to discover what is out there beyond the red planet.
“I have volunteered to spend the next 10 years of my life training and preparing so that I might have the opportunity to say goodbye to family and friends, and everything I know on Earth, to venture deeper into the solar system to a cold desolate planet were I would live out the rest of my days.
And how do I feel about such a mission. Just fine. And a little bit excitable. Because Mars is there to be explored.”
More than 200,000 people applied to take part in the privately funded one-way mission, which is backed by Dutch entrepreneur Bas Lansdorp.
Dr Roche was one of three applicants from Ireland that made it to through to the shortlist of 1,058 candidates, which was announced at the start of last year. IT professional Steve Menaa, a Frenchman living in Cork, and Dr Catherine McGrath unfortunately did not make it to the next round.
A series of medical tests and online interviews were done to bring down the list to 50 male and 50 female hopefuls that were announced yesterday with the highest number of candidates with 39 on the list.
Rigorous medical tests and online interviews were used to whittle down the candidates to the 50 male and 50 female hopefuls announced yesterday.
Another 31 people come from Europe, 16 from Asia, seven from Africa, and a further seven from Oceania.
A statement from Mr Lansdorp said they were impressed with the candidates that had reached this stage of the selection process.
He said: “The large cut in candidates is an important step towards finding out who has the right stuff to go to Mars. These aspiring martians provide the world with a glimpse into who the modern day explorers will be.” The final 40 “Marstronauts” will travel to the planet in fours every two years from 2016.
Because of the huge cost of the mission, which is expected to cost up to €5 billion, there is no prospect of return.
They will have to stay on the planet living in pods that will make up “Outpost Alpha,” which Mars One say will include living quarters, private areas, food production, life support systems, surface access, recreational areas and mission operations.
None of this seems to phase Dr Roche who is optimistic about the mission. Although he did admit that he would miss blue skies, the smell of freshly-cut grass and football if given a life in space.
In a TEDx talk he said: “The single most important thing that could come from this endeavour is that in striving for a future when humans can live independently on two planets, we help ensure the continued survival of the human race.“