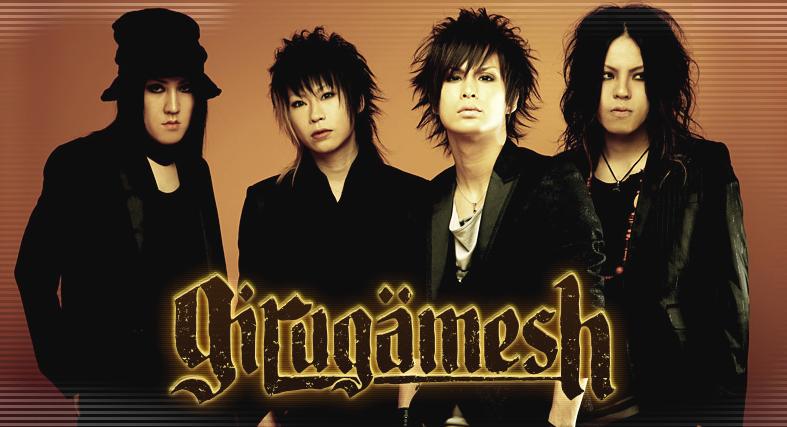 About a year ago I found myself becoming increasingly bored with the music I was listening to. I just wanted something new, something different. Then a friend introduced me to a Japanese band, and that fuelled a search to seek out other heavy metal and rock bands from the far East. Some of the music coming out of Japan right now is a breath of fresh air to me, and I hope I can share some of my favourite metal tracks with you in this Music Monday.

I really struggled over which one of these two tracks to include, and in the end I couldn’t choose. So have them both! 2013’s Monster was a fantastic album, and the two lead singles are great tracks for different reasons. Drain is an all-out, pounding track full of aggressiveness with an awesome vocal performance and nice use of dubstep breaks, while Incomplete is a funk-inspired track with a solid bassline, skilled guitar work and just the right amount of electronics to make it a very danceable song. Both are awesome, and very worth your time.

Everyone’s heard of Babymetal by now, right? The kawaii trio took the Internet by storm and split the metal fanbase in two, with some loving it and some decrying them as the death of metal music. I’m firmly in the “love it” camp, and while Gimme Chocolate!! might be their viral hit, Megitsune is my favourite song for a number of reasons.

The music itself is a solid melodeath number with a generous heaping of trance beats, while Moa-metal and Yui-metal create a catchy vocal hook. The star of the piece is 16-year old Su-metal, though, with an absolutely outstanding turn on vocals, showcasing a range that puts 90% of singers twice her age to shame.

Crossfaith – Eclipse
Another Japanese band taking the Western world by storm, Crossfaith specifically targeted Western audiences from day one with English lyrics and a sound based on a combination of metalcore and Prodigy-style beats. They’re one of the best electro-metal fusion acts in the world right now, and they escape the self-indulgent angsty lyrics of most metalcore bands by singing about how awesome Jagerbombs and parties are.

Dir En Grey – Kodou
Good lord, how do you even begin to describe Dir En Grey? Black metal, death metal, nu-metal, visual kei, post-visual kei, industrial…they’re all of these things. Kyo is one of the most versatile vocalists in the metal scene right now, viewed as a spiritual successor to Mike Patton. Kodou is one of their lighter songs (compared to stuff like Agitated Screams of Maggots, anyway), but it’s one of my favourites.

A word of caution: before you go searching for more of these guys, be advised that they pull no punches. Their music can be some of the heaviest metal you’ll find out there, and you’d best have a lead stomach to get through some of their music videos. If you think you can handle it, they’re a very rewarding band, but it can take a while to get past the sheer horror of everything they do.

The Gazette – Red
The Gazette are one of Japan’s biggest visual kei bands right now, and have shifted their genre about as much as Dir En Grey. Over the past few years they’ve settled on a combination of their classic sound with electronics layered on top, creating a stuttered backing of noise with great guitar work and rich vocals.

Red is one of the songs that exemplifies this approach the most, with a catchy chorus which’ll leave it stuck in your head for days even if you don’t speak the language.

This is the band which sparked my interest in Japanese music. In Flames-style melodic death metal mixed with trance and J-pop sounds like an absurd concept, but these guys make it work. Moon Light Wave is easily the catchiest song off their magnum opus, Epsilon, with a great guitar solo, soaring female vocals, slick dance beats and brutal screams, all in under three minutes.

I couldn’t decide whether to put this or Mozaiq’s similarly excellent Freedom on here (which for some reason is called Pitch Black Room on Spotify) but for the fact that this is the first song of theirs I ever heard and caused them to become one of my favourite bands, Moon Light Wave wins out.

I’m always looking for new music from Japan, so if you have any favorite metal, hard rock, or visual kei bands you think I’d enjoy, leave a video or recommendation in the comments section below!