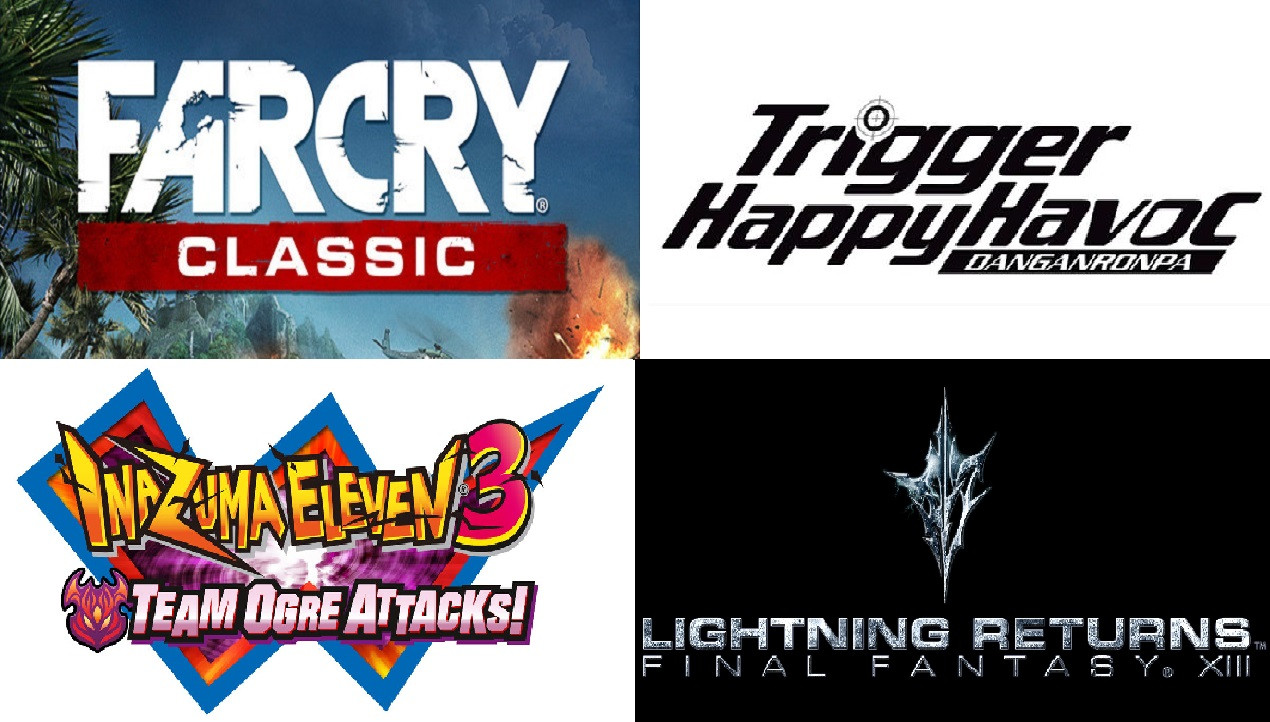 Welcome to the weekly Recap, which from now on will be a stand alone feature that runs alongside the Weekly Recap. Well now that we have gotten all the announcements out of the way, lets get right onto recommendations.

The biggest release of the week is undoubtedly Lighting Returns:Final Fantasy XIII for PS3 and Xbox 360. This is the third and last entry in the XIII series and the end to Lighting’s journey to attempt to emote (big surprise, she failed). The game mixes things up from the previous Lighting titles, with a fully revamped combat system,known as the Schema system. This game does away with the party mechanic, and instead only has Lightning in battles, oh but she’s not entirely alone… she has costumes.

Yes the Schema system is basically a glorified dress up system for Square Enix to throw as much fan service as possible into the game. All the costumes do change her abilities and stats, but when your fighting a ten foot behemoth and the game insists you change into a sexualised Moogle outfit, you know something is wrong with this series. Critics and fans alike have all hated the plot, saying it brings back characters nobody has liked from the start, and attempts to bring an end to the series. I mean the length the plot goes to try and make sense is just insane at times, Lighting works as a “messenger of god” (No I am serious, straight up God, not figuratively, literally God) to usher in the end of the world.

While its not an awful JRPG, the combat system does work well and the world has some interesting art design, really I am just glad to see the end to this long and aggravating series.

The other big release of the week has to be Danganronpa: Trigger Happy Havoc for the PS Vita. This is an English port of the original Japanese title for the PSP. In case you don’t know what Danganronpa is, imagine Phoenix Wright mixed with Battle Royal and you have a good idea of what the game is. You play as Naegi,a boy who is accepted into a very privileged school. On his first day he is knocked out only to awake to a bizarre group of students in a locked school run by a tyrannical stuffed bear known as Monobear.

The game tasks you with detective style gameplay, as you scour the school finding evidence of the many murders you will face over the course of the plot, as one person can escape. The gameplay focuses on talking to students, Phoenix Wright Style type investigation and court room scenes in which you must unveil the killer. The game has become something of a cult classic over the last year,due to Something awful’s highly popular let’s play, and even a anime adaption( which wasn’t half bad). If your looking for a wacky Japense Murder mystery for a handheld, well then you really can’t go wrong with Danganronpa.