PlayStation Reveal The DuelSense For PS5

There Is A Sale On Nintendo's eShop

John Wick Hex Coming To PS4 In May

On February 18 in 1930, Clyde W. Tombaugh discovered the celestial body that is Pluto. I say celestial body because in 1992, due to the acknowledgement of the existence of the Edgeworth-Kuiper belt following the discovery of 1992 QB, Pluto was downgraded to a Dwarf Planet which is, if you ask me, a terrible case of planetary discrimination, but this may be about to change. Humankind is reaching out to the furthest reaches of its own solar system, hoping to actually see Pluto properly for the first time.
As part of NASA’s New Frontiers program, the New Horizons space probe will perform a flyby of Pluto and its five known moons and, for a Space Geek like myself, this is just an amazing event.
The New Horizons probe was launched on January 19 in 2006, and it has taken nine years to travel the immense distance. Project leader, Alan Stern, described the long wait leading up to the extremely hectic but amazing last few months as, “like being on a never ending escalator, and then jumping on a bullet train”. Kudos should go to the entire team at NASA, John Hopkins University APL and Southwest Research Institute for the fantastic online presence and the overall mission accessibility to the general public.

Gorgeous Pluto! The dwarf planet has sent a love note back to Earth via our New Horizons spacecraft, which has traveled more than 9 years and 3+ billion miles. This is the last and most detailed image of Pluto sent to Earth before the moment of closest approach, which was at 7:49 a.m. EDT Tuesday – about 7,750 miles above the surface — roughly the same distance from New York to Mumbai, India – making it the first-ever space mission to explore a world so far from Earth. This stunning image of the dwarf planet was captured from New Horizons at about 4 p.m. EDT on July 13, about 16 hours before the moment of closest approach. The spacecraft was 476,000 miles (766,000 kilometers) from the surface. Images from closest approach are expected to be released on Wednesday, July 15. Image Credit: NASA/JHUAPL/SwRI #nasa #pluto #plutoflyby #newhorizons#solarsystem #nasabeyond #science

Here are just some of the may ways you can keep up with the New Horizon mission as it gets closer and closer to Pluto:
The Live feed for the New Horizons mission as it happens the main feed from NASA TV covering the Pluto flyby.
The Main New Horizon website which outlines the entire mission and contains countless feeds and video archives ranging from the mission’s birth right up to current events.
The NASA Eyes visualisation desktop tool this is an essential desktop app for all space nuts like myself. It tracks everything NASA is involved in, be it here on Earth or out among the stars. This included a live feed and simulation tool for the New Horizons space probe.
The Main NASA website  and, of course, the main NASA website which is a great source for all of their missions and undertakings
The profile of space exploration and the study of the universe beyond our own blue planet is growing larger by the day, and its projects and monumental events like this that are helping to highlight the need for humankind to strive beyond the limitations of our own world. The data that has been collected so far, and will continue to be collected promises to be fascinating and ground breaking. Will Pluto regain its rightful place as one of the full Planets of our solar system? Only time will tell. Right now, though, all eyes are turned towards it. What a time to be alive! 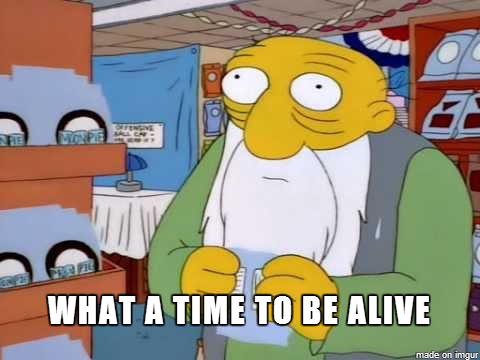