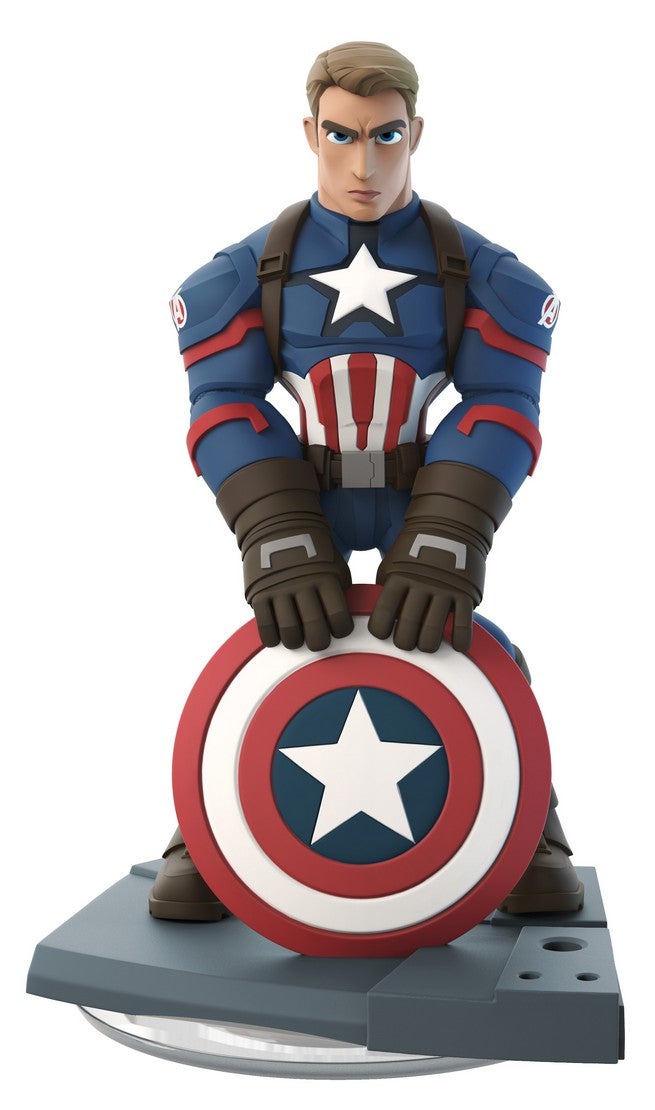 Among the announcements at New York Comic Con came a trailer for Disney Infinity 3.0 Edition: Marvel Battlegrounds, the latest addition to the popular games franchise. The trailer also offered a peek at one of the figures joining the release of the new arcade style game.

This new figure portrays a Cap similar to the Marvel Cinematic Universe version of the patriotic Steve Rogers, played by Chris Evans. The new figure, called Captain America – The First Avenger, shows him holding his shield at his feet in a pose you may recognize from the poster for the 2011 movie of the same name.

Check out the trailer below and let us know what you think of this new sculpture!