What to Expect:
Avengers: Age of Ultron (Coming 2015)
A sentient robot known as Ultron forces The Avengers to reunite and save the world once again. Marvels powerhouse franchise gears up for its second sequel and you can bet that director Joss Whedon will be eager to put on display the newest images and perhaps even a teaser as to what we are going to see next year. At this point, The Avengers name alone will sell the movie, but expect to see stars Robert Downey Jr, Scarlett Johansson and Tom Hiddleston making appearances to build up that extra bit of hype.
Antman  (Coming 2015)
Scientist Hank Pym (Michael Douglas) recruits a young thief, Scott Lang (Paul Rudd) to be the first human test subject of his newest technology that manipulates particles and permits the ability to shrink to the size of an ant. After a long time searching for the right director for this project, Marvel have fallen on relative blockbuster newcomer, Peyton Reed. Marvel has thus far released only one promotional image for Antman; Lack of knowledge on the production currently bodes the question, When will we see a teaser trailer? A gambling man would have favorable odds for this weekend.
Captain America 3 (Coming 2016)
The plot is currently unknown at this time. The most safe assumption you can be sure of is that we will see Chris Evans and Anthony Mackie reprising their roles as Captain America and Falcon. Its not stated as of right now if we will see Scarlett Johansson involved. This picture will have a heavy spotlight cast upon it; Largely down to it coinciding with the release of Warner Brothers Batman vs Superman. Marvel will want to stir the pot early and firmly plant in comic book film fans exactly what they should be watching next summer.
Big Hero 6 (Coming 2015)
The high tech city of San Fransoyko is riddled by high crime rates. Its up to a rag tag group of government hired rookie heroes to find their bearings and become paragons of justice. Big Hero 6 is an animated Disney/marvel production directed by Chris Williams and Don Hall. Disney Studios are going full steam ahead with their flaunting of their Marvel acquisition. The hero genre has exploded right now and Disney are taking full advantage of it. This one flies into theaters at the end of the year in the united states and the early half of the year in the UK and Ireland. New footage is guaranteed to be shown this weekend.
What to Hope for:
Doctor Strange (Coming 2016)
Its early days for this project, but the rampant rumor mill has spun yarns as to who they believe will take the mantle of the sorcerer supreme. Benedict Cumberbatch has been the most discussed choice throughout news sites and he will be in attendance at Comic Con this year. For now though; This is purely just speculation.
Untitled Marvel Movie (2017)
Listed on IMDB is an untitled marvel project set for 2017. No details have been added, although a Black Widow movie has been tossed around since Iron Man 2 and with Marvels recent move to make a Female!Thor for the comic books, It would be a great gesture to see the lethal assassin get her own feature instead of sharing screen time with the guys constantly. 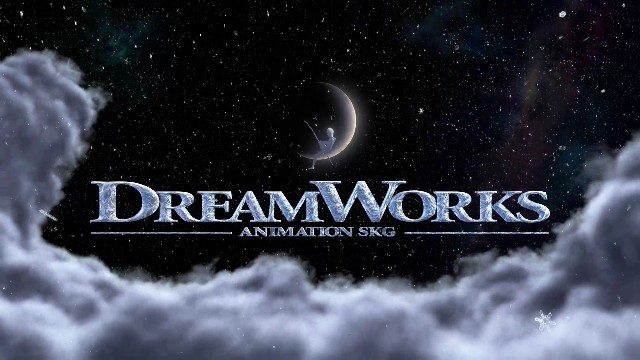 Penguins of Madagascar (Coming 2015)
The four flightless birds find themselves waddling into an espionage thriller where they are recruited by a spy agency headed by Agent Classified (Benedict Cumberbatch) to stop a tyrannical baddie known as Dr.Octavious Brine. This kid friendly animated flick will be directed by visual effects specialist Simon Smith and Madagascar creator Eric Darnell. The voice cast boasts eccentric actor John Malkovich and Ken Jeong hangover fame. The Madagascar series of Dreamworks has been a juggernaut of box office earnings in the past few years. The series itself is Dreamworks most profitable franchise alongside Shrek. Last Thursday; Dreamworks gave us a sneak peek at what we are to expect in the coming months ahead.
Home (Coming 2015)
Described as an space traversing road trip, Home is the tale of an alien race that has conquered earth and is now relocating all the humans off the planet. The alien race known as The Boov finds out that there is still one troublesome girl named Tip (Rihanna) who they can’t seem to catch. Tip befriends a known Boov fugitive named Oh (Jim Parsons) as they seek to find sanctuary. Home received an excellent reception on Thursday night when it was revealed. The Bizarre pairing of Jim Parson and Rihanna coupled with a slice of manic space age shenanigans could be a winning combo for this one.
The BoxTrolls (Coming September 12th)
The quaint charming story of a young boy raised by an underground society of trash hoarders. BoxTrolls offers a humble story with a surrealist concept. Not much was spoken of it during The DreamWorks conference, but we do have some neat character posters to go on and a trailer has been out for while. The BoxTrolls voice cast may very well be the most impressive on show with stars such as Simon Pegg, Nick Frost, Ben Kingsley and Toni Collette. This one looks like its aimed at all the dreamers out there who have grown up in a different environment to others. 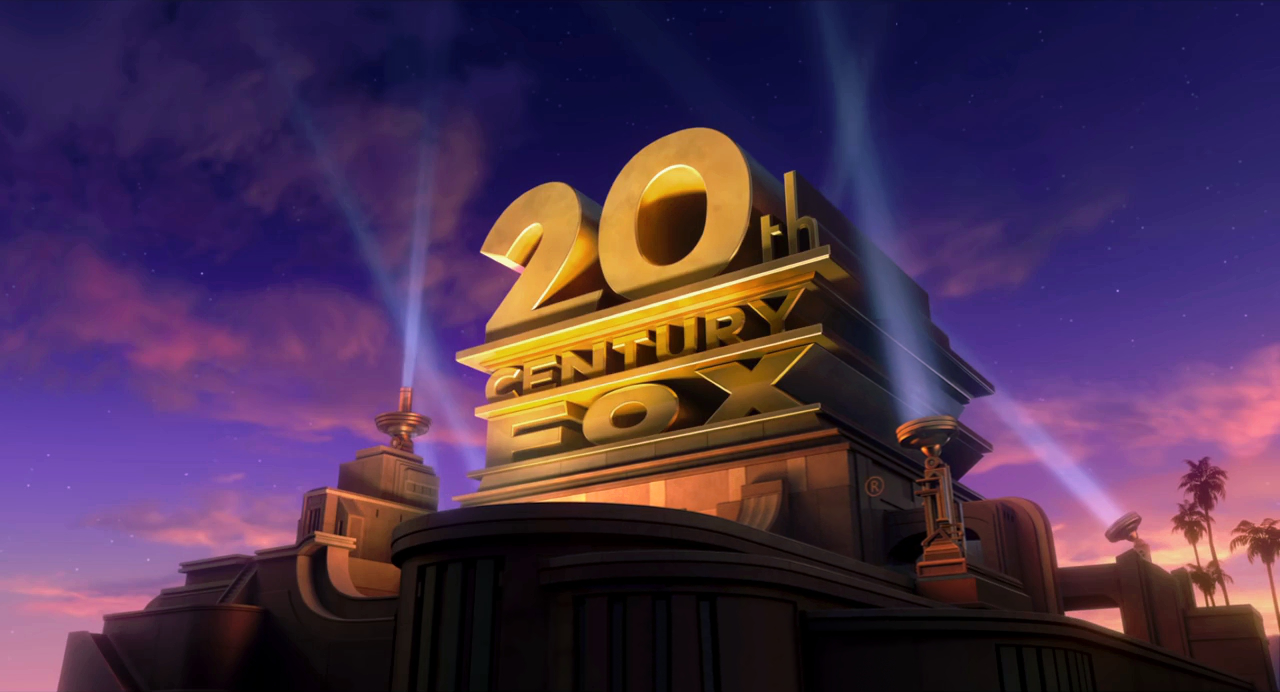 Maze Runner (Coming 2014)
Trapped in a seemingly inescapable maze, runners are those chosen. They don’t know why as they can’t remembered how they got there. The goal above all is to survive and to escape with your fellow runners. Director Wes Ball and Book Author James Dashner made an appearance along with the cast of relative newcomers. Dylan O’Brien of Teen Wolf fame takes center stage as our protagonist runner. An exclusive trailer was revealed last night and should be hitting youtube soon enough.
Agent 47 (Coming 2015)
A hitman organization for hire. Their deadliest assassin is the silverballer wielding Agent 47. Based on the popular video game series. Alexander Bach hopes that the second time will be a charm for bringing Agent 47 to the big screen. We got confirmation of Rupert Friend of Homeland fame in the titular role of the renowned bald agent. The sounds of Jimi Hendrix graced Hall H last night as the soundtrack of the Comic Con only trailer. A positive reaction from the crowd has been noted and may be the key to unlocking success for this franchise.
Book of Life (Coming 2014)
Manolo is a wide eyed, curious boy seeking purpose in a fantastical world. He contends with the struggles of living up to his families standards and being free to explore the different worlds he knows are out there. Jorge Gutierrez and Guillermo Del Toro bring to life a unique visual style with this epic adventure. The conference itself didn’t offer much new to see, but we do still have a trailer online to enjoy.
What we didn’t see:
X-men Age of Apocalypse (Coming 2016)
It is set for 2016 release. It is doubtful that we will get any further information other than confirmation of returning actors. Days of Future Past is still fresh in cinema goers mind, so its safe to assume that 20th century fox will keep this one on the long finger and bide their time for a grand reveal at next years Comic Con. Still, It would have been nice to see a few hints thrown out as to what new mutants we might get to see.
The Fantastic Four (Coming 2015)
Four astronauts who encounter a cosmic field in outer space get bestowed with super powers to become The Fantastic Four. Chronicle director Josh Trank is attached and the cast was confirmed a while ago; This one has been bogged down by production problems, rewrites and changes in the cast. There is a confirmed cast up online featuring Kate Mara as Susan Storm, Miles Teller as Reed Richards, Michael B.Jordan as The Human Torch and Jamie Bell as Ben Grimm. However, There has been news circulating that this cast may experiences some changes soon. This will be an interesting one to watch out in future as it did not make an appearance at the 20th century fox panel..
Mystery Superhero Film (Coming 201X)
They have been very tight lipped at 20th Century about the new hero they are planning to launch into the limelight. Deadpool is the current favorite as he falls under the umbrella of the X-men franchise. Gambit is also a potential contender given that Channing Tatum has gone on record to say he will be playing the Cajun charmer in a future production. Unfortunately, For the moment we can only speculate.
—

Thanks for Reading! That’s all for our two part Comic Con movie walkthrough. What are you most amped up to see? Comment down below!