It feels like it has been a while since vampires have graced our screens, whether that’s on TV or in movies.

I’ve always loved vampire lore, stories, poems and everything else to do with them. Lately I’ve found myself rereading books, rewatching movies and binging shows all over again. Because of this, I decided to put together a list of some of the best vampire inspired creations!

1. Interview With A Vampire

Interview with a Vampire is one of my all-time favourites, and I’m talking about both the book and the movie here. It has aged very well in comparison to some other movies that have a lot of CGI. The cast was superb; Brad Pitt, Tom Cruise and Kirsten Dunst really did the movie adaptation of the Anne Rice book proud. I am not and have never really been a Tom Cruise fan, but in this movie I thought he was fantastic.

The movie has aged like a fine wine because it didn’t rely too heavily on special effects like CGI. It was all pulled together by costumes, makeup, props and great directing. I do hope that it is remastered soon. I think with today’s technology it may enhance the experience rather than hinder it. To this day, I would gladly be whisked away by Louis.

This 1922 silent horror movie classic will always hold a soft spot in my heart. This wasn’t the first vampire movie I watched, but I will never forget it. This vampire was not as glamorous as any of the other iterations I was used to seeing on screen. This version of the vampire is the one that gave children nightmares. This is the type of vampire we could do with occasionally seeing, even now that the vampire craze has passed. He isn’t the kind of vampire you develop a crush on. Well I didn’t anyway, but if you did then you do you! 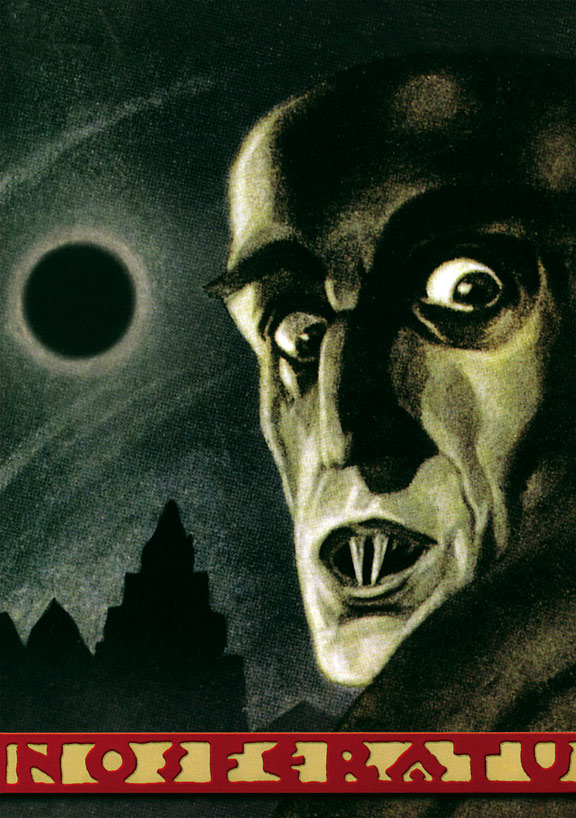 When Blade came out, I was too young to watch it, but you best believe I bribed some older cousins to let me and I’ve loved the movie ever since. To this day, I watch it at least once a year because it’s a guilty pleasure and is one of the main reason I am a Marvel fan.

Not only was Wesley Snipes an actor I’ve appreciated since Demolition Man, he put a spin on vampires that a lot of people were not used to. So many people were used to these charming elegant creatures who could lure you to your doom, but Blade was something else. He was a day walker with a katana, hot fighting skills and some amazing one liners. Iconic.

Seeing a female vampire as the lead in a series of action movies filled my heart with glee. Not only was she amazing, she knew it and she owned it. The first Underworld movie came out not too long after the Lara Croft: Tomb Raider movie released and the timing couldn’t have been better. Vampire movies were still on the up-and-up as they hadn’t been tainted yet, so throw in a few lycans and it’s an action-filled supernatural extravaganza.

The sequels didn’t disappoint either (for the most part), so if you are thinking of having a vampire movie night, consider putting this on your list if you never got around to watching it.

I can not stress how gutted I was when I got to the last episode of this and saw the dreaded ‘Browse more’ message on Netflix. Why would you create something so wonderfully gripping and only make 4 EPISODES? I suppose I can forgive this when the next season is released.

Castlevania is a series based on the 1989 game Castlevania III: Dracula’s Curse by Konami. It follows the story of demon hunter Trevor Belmont, the defender of Wallachia, as he protects this nation from Dracula and his horde of evil minions.

The show was a lot more graphic that I was expecting, but the shock value really added to the story and I’m dying to see more.

6. What We Do In The Shadows

If I woke up as a vampire tomorrow, I know that my life would be pretty mundane. Essentially, it would be What Happens In The Shadows. No matter how much I would love to be living a life like Selene in Underworld, I would be more like a hybrid of Vlad, Viago, Deacon and Nick.

This mockumentary was so well done and directed that I can’t really fault it. I always recommend it when I am given the chance because it is funny, relatable and entertaining in a way I haven’t experienced in a long time.

First of all, I would like to thank Buffy for being such a great female icon for girls who had dreams of kicking supernatural ass, specifically vampire ass. I don’t think I can accurately describe how much I loved this show. I grew up watching Xena and Charmed, so this show ticked all my boxes. Hell, I even started doing martial arts because Buffy Summers was such an inspiration to me. Who can blame me? Sarah Michelle Gellar was a star! The rest of the cast did a fantastic job and the stories and episodes never felt stale. Plus, there were 7 seasons! Lots of quality binge-watching!

Buffy The Vampire Slayer was easily one of the best shows of the 90’s/00’s and I still kind of miss it. But before I finish up, I also want to thank Buffy for introducing my teenage self to Angel and Spike. Years later, they’re still dream boats.

What are your favourite shows and movies featuring vampires? Let us know in the comments!

Tendai Muzwidzwa
tags: blade Castlevania Interview With A Vampire Nosferatu underworld What We Do in the Shadows
0