For this week’s Nerd Hero, I have decided to talk about Matthew Mercer. Not just because I look up to him as a nerd icon, but because countless others would consider him in the same light. With his work and contribution to the geek-community in the last couple of years, he has amassed a large and loyal following. This can be attributed to the way in which he treats his fans. He himself is one giant nerd and understands the positions his fans are in when they meet him. This contrasts with a few other famous actors who see their fans no more than money-makers to fund their everlasting egos. Because of Mercer‘s defiance of this label, I have chosen him as this week’s Nerd Hero.

For those of you who might not be familiar with Mercer’s work, let me tell you a bit about him. He is a popular voice actor, who has an incredible filmography among video games, anime dubs, film and cartoons. You might also know him from his weekly twitch stream, hosted by Geek and Sundry, called Critical Role, in which he is the Dungeon Master for his player’s Dungeons and Dragons campaign. I have already gushed about that show in a previous article, so I won’t get into it too much here!

Matthew Mercer, born Matthew Christopher Miller is an American voice actor. He started his career early, while still in high school. His most popular credits include Levi Ackerman from Attack on Titan, Cor from Final Fantasy XV, Macready from Fallout 4, and, of course McCree from Overwatch. In October 2017, he married fellow voice actor and Critical Role member Marisha Rey.

His roles aren’t just limited to voice acting, however, and he has taken part in various lesser-known live-action roles, and has also tried his hand at producing and directing! He has been involved in many YouTube web series, including Will Save Production’s School of Thrones as director, producer, sound designer and played the role of The Hound. Mercer played the main character in Blackbox TV’s Slender Man short film called Proxy: A Slender Man Story in 2012. He was also co-creator and executive producer of Will Save Production’s three-part web-musical, Muzzled the Musical.

Mercer has proven himself to be a huge nerd himself, not because he takes part in these stereotypical “nerdy” roles, but because he talks with such excitement about every big role he takes on. One just needs to watch the first ten minutes of Critical Role, reserved for the players to discuss their upcoming gigs, to see the excitement in his eyes when he announces he is playing some famous Batman villain, or has managed to get into one of his favourite video games. He is deserving of the title “nerd icon” because he is a nerd, as much as he is a nerd’s icon. Plus, he’s not afraid to put on a costume from time to time to satisfy the cosplayers among his fans! 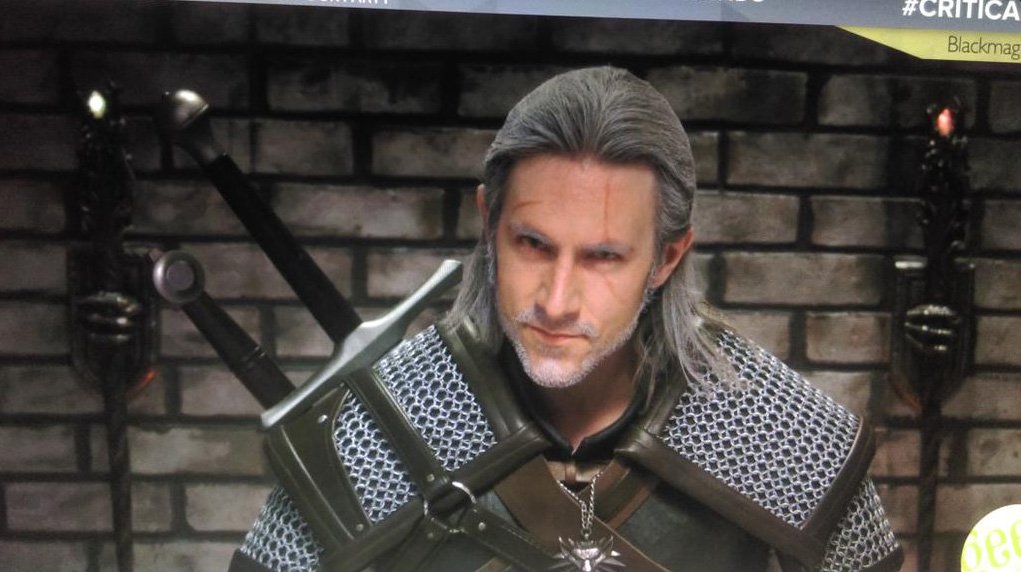 Not to mention, he gives back to the community. He attends conventions as a guest almost every week, travelling all of the world to meet his devoted fans. For instance, a few years back he attended Kaizoku Con in Cork, Ireland! I was lucky enough to meet him, shake his hand and get his autograph. He was a pleasure to talk to, kind, easy-going.

At his panels, he answered questions with ease and kindness, and his passion with which he detailed his mission to make table-top gaming mainstream was touching, to say the least. He made time for everyone – I unfortunately was too shy to go up and ask for a picture, but mostly because I felt bad – every time he finished a panel or had a spare second, a swarm of fans crowded him asking for photos and I just wanted to let the man breath! But did he complain, or seem annoyed? Not once! His autograph has been hanging on my wall since then, and is something I’ll cherish for many years to come!

What do you think of Matthew Mercer? Would you count him as one of your Nerd Icons? Let us know in the comments below!