This week’s Screen Savers is going to be a little different seeing as how I actually kind of enjoy the film, yet I know how absolutely terrible it is and how many people despise it. This week’s film is Arachnophobia, which in a way is a hard one to write about for me because I actually suffer from arachnophobia myself.

I’m so bad that if I see a big enough spider, I may actually cry or freeze and cry. I can barely even watch the damn things on tv! But this film is one from my childhood and it’s one that’s a major guilty pleasure for me, and whenever it’s on TV I just can’t help but watch it.

It’s not on enough in my opinion… but when I did re-watch it this week purely for this article, I was shocked at how awful the film actually is. 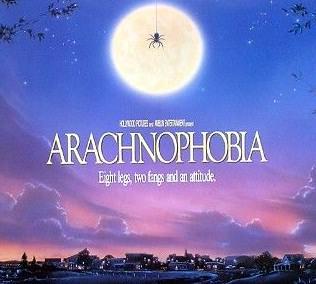 A research team in Venezuela find a brand new species of spider on a routine insect expedition. They’re unlike anything they have ever seen before, with the spiders having no reproductive organs meaning most are drones or worker spiders, all obeying a queen spider within a nest. The team’s photographer goes back to his tent to sleep off a fever but is unfortunately bitten by one of the spiders and dies within a few moments, with the team thinking his fever killed him in his sleep. His body is then sent back to his hometown in Canaima, but he’s not alone!

The killer spider makes its way into the town of Canaima, meeting with a common house spider out in a barn next to the new town’s doctor, Ross Jennings’ house. Of course it just so happens that Ross is deathly afraid of spiders, much like me. Soon, healthy people in the town begin dying, but it’s only after the town’s other doctor dies that Ross begins to suspect that maybe a spider is the culprit for the many deaths. Dr James Atherton, the spider researcher from the start of the film, soon comes to town to examine the spider and informs Ross and the others that this spider and its offspring will soon take over the town and spread to others, killing anyone who gets in their path. Soon it’s a race of time against the spiders who are taking over. 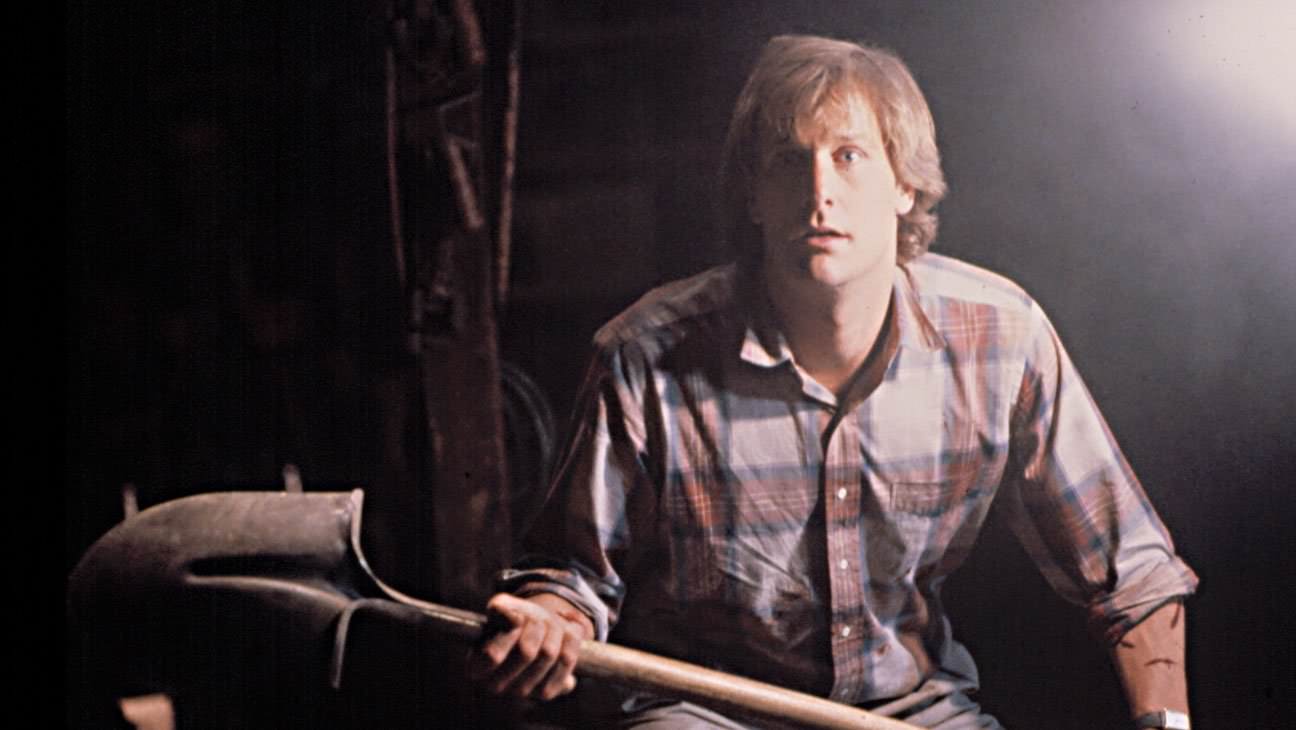 Jeff Daniels, of Dumb & Dumber fame, plays our hero Dr Ross Jennings, and he plays quite a convincing arachnophobe. The way he reacts when faced with a spider is basically how I would react, if not worse. John Goodman plays an exterminator who attempts to take on the spiders alongside Daniels. Julian Sands, who you might recognise as Gerald Crane from Gotham, plays the spider expert, who exudes annoyingly know-it-all mannerisms.

Is it really bad? 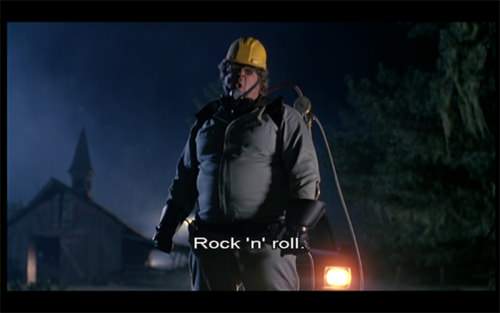 Yes, I mean, it really is. Come on, it’s a film about killer spiders who invade a town. But if I’m being honest, it’s so bad that it’s good, which is why it’s one of my main guilty pleasures. It’s actually interesting how they got the spiders to move to wherever they needed them to during filming. I’ll spoil it for you now; they used hot and cold spots to get the spiders to do what they wanted them to. Neat!

Most of the film isn’t so bad, not until we get to the third act of the film do we experience pure idiocy in the form of a queen spider who seems to have it in for Dr Jennings himself. Oh yes, we get a nice giant spider who looks so unbelievably fake, it’s actually funny in a way. It’s animatronic, it’s large and it makes a beeline for Dr Jennings and he is so terrified that for a few moments he can barely move. In fact, fun tidbit… if you look at the spider’s back legs when it’s moving up Ross’ leg, you can see the stick moving it up. 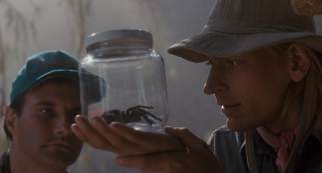 While I do love John Goodman in most films, this role has him playing the comic relief, and up until this point it’s almost been a serious film in a way, until his music accompanies his arrival and it’s pure clown-like. Normally I’d have no problem with this, but…. for some reason, it sticks out like a sore thumb.

What should you watch instead? 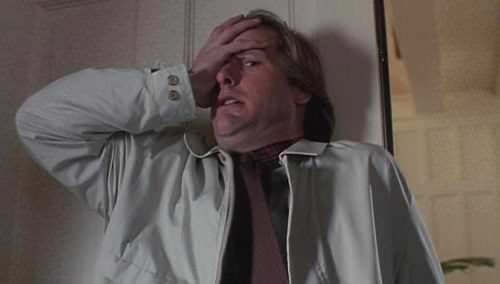 Okay no, if you’ve never seen Arachnophobia then I suggest you give it a watch at least once in your life. If you’re afraid of spiders like I am, well then maybe you should give this a miss and go watch Charlotte’s Web or something that paints spiders in a better light. If you’re interested in killer animal films though, then I’d suggest watching Open Water, Jaws or something like Rogue.

Otherwise… be my guest, everyone!