It’s time for Ian’s Nerd Icon! I noticed that my last two picks, H.G. Wells and Bela Lugosi, were rather ventage. Therefore, I thought I’d mix things up this week by choosing an icon who DIDN’T die years before I was born. As a writer and director, Edgar Wright ranks high among my favourite artists. Hot Fuzz is easily one of my favourite comedies and his entire Ice Cream Trilogy has infinite re-watch value. Wright is clearly a devoted nerd in his own right, horror films being his special interest. He cited An American Werewolf In London as a big influence due to its successful blending of horror and comedy. A fun example of Wright’s interests in practice is his trailer for the non-existent horror film Don’t. In an affectionate parody of horror clichés, Wright mocks the bad-decision making characteristic of horror films as a whole.

But I’m getting ahead of myself. Let’s go back to the beginning! Wright began his career aged twenty with the low budget western spoof A Fistful of Fingers. The film, though less than satisfactory to the young filmmaker, was sufficient to catch the attention of young David Walliams and Matt Lucas. The three worked on such projects as Asylum and Mash and Peas, putting Wright into contact with many future collaborators, most notably Simon Pegg and Jessica Stevenson. This relationship led to his first major directorial gig in the form of Spaced. 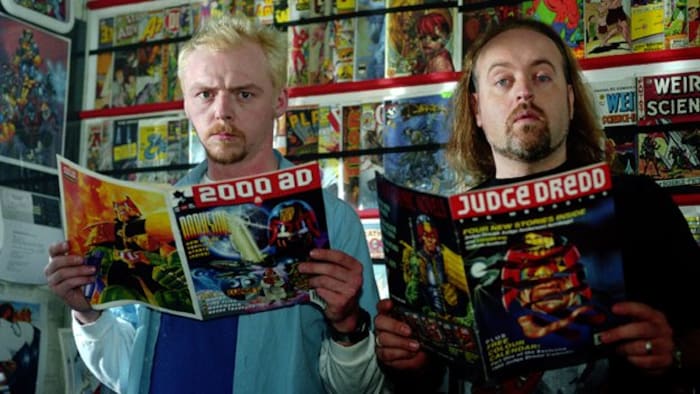 Spaced on its surface had a relatively straightforward plot. However, the series was capable of leaping between mild situational comedy and strong surrealism in a single scene. This technique is plain to see in this particular scene. With the use of well-placed closeups and a vaguely unsettling soundtrack, we listen to Brian’s reflections on chaos theory. We are given a moment to consider how profound Brian’s speech is before the tension is perfectly broken by Tim. This kind of film technique would be a recurring feature with Wright. Young Pegg, who co-wrote the series, makes no attempt to hide his interest in gaming and comics throughout. Probably the funniest scene in the series is Tim’s foul mouthed tirade about Star Wars: The Phantom Menace. Wright’s direction renders the scene funnier by keeping the victim of this rant (a small child) hidden from view until the last second.

The winning combo of Wright and Pegg is used to maximum effect in the Ice Cream. The first two films feature the challenges of geeky adulthood as a prominent theme using dynamic the on-screen duo of Pegg and Nick Frost. Whether it’s the challenges of Shaun balancing gaming sessions with vulgar friend Ed with his love life or lovable oaf Danny’s attempts to get by-the-book cop Nicholas Angel to stop and smell the roses, Wright’s films maintain a loving but smart depiction of life for the modern geek. Shaun and Danny’s interests are never made to see ridiculous during the films, but their excessive pursuit of these interests is shown as somewhat harmful. Shaun’s general laziness and lack of drive and Danny’s childishness initially seem to be linked to their nerdy interests. However, while both films portray the maturation of the geek characters, it shows their interests as not only vital but potentially life-saving. Shaun and Ed’s hours spent playing Resident Evil prepare them for the shootout in the Winchester, while Danny’s obsession with cop-movies prepares him for the utter bloodbath that is the conclusion of Hot Fuzz. More importantly, Danny’s naivety and love for action films allows Angel to appreciate just how cool his job is. When you get down to it, both films show a nerds learning to use their interests productively in their adult lives. This is of course speculative. I don’t wish to imply geeky interests are inherently childish. However, Wright was 80s kid, meaning he grew up in a time when franchises like Star Wars and Marvel were far less mainstream than they are now. In this sense, the Ice Cream films stand as both a defense of Geek culture and an analysis of it.

Along these lines, Wright applied his perspective to the film adaptation of Brian Lee O’Malley’s Scott Pilgrim series. While the theme of maturity and moving forward is present in O’Malley’s work, Wright enhances this with his use of cinematography. By not allowing Michael Cera off-screen for long. Wright pushes the fact that Scott self-consciously sees himself as the hero.This, combined with especially flashy special effects, gives the viewer pause to wonder whether or not the action happens in Scott’s head. The fact that Scott imagines himself as a video-game superhero may well be seen as a coping mechanism for his troubled love life and difficulty accepting responsibility for his actions. However, the conclusion shows Scott accepting his flaws, gaining the Power of Self-Respect sword in the process.

I’d like to finish by discussing my favourite part of Edgar Wright’s films, his use of visual comedy. The above video perfectly explains Wright’s use of camera-work to strengthen his comedy beyond dialogue into action itself. Wright is extremely proficient at using background action to undercut his scenes. When Wallace lies to Knives about Scott’s whereabouts, the latter jumps through a window in the background. This also visible in the breakup scene in Hot Fuzz. Nicholas’ girlfriend tells him in no uncertain terms that she left him due to his lack of life outside work. The seriousness of this scene is completely undercut by the antics of Bob and Dave in the background. Wright is notable for his use of quick-cuts to portray action. This can be used for effective storytelling, such as Angel moving from London to Sanford Gloucestershire. However, they can also be used for comic effect by slowing unexpectedly. Scott Pilgrim preparing to fight Gideon is a good example. He quickly dons his parka and sweat-bands but suddenly slows down to tie his shoelaces. This unexpected use of everyday tedium undercuts the suspense implied by the cuts. Or the very quick-cuts themselves can be funny. Who can forget the legendary montage in which Shaun lays out his plans? “Take car. Go to mum’s. Kill Phil [“Sorry!”], grab Liz, go to the Winchester, have a nice cold pint, and wait for all of this to blow over.” The line wouldn’t work if we didn’t see two successions of quick-cuts just beforehand. 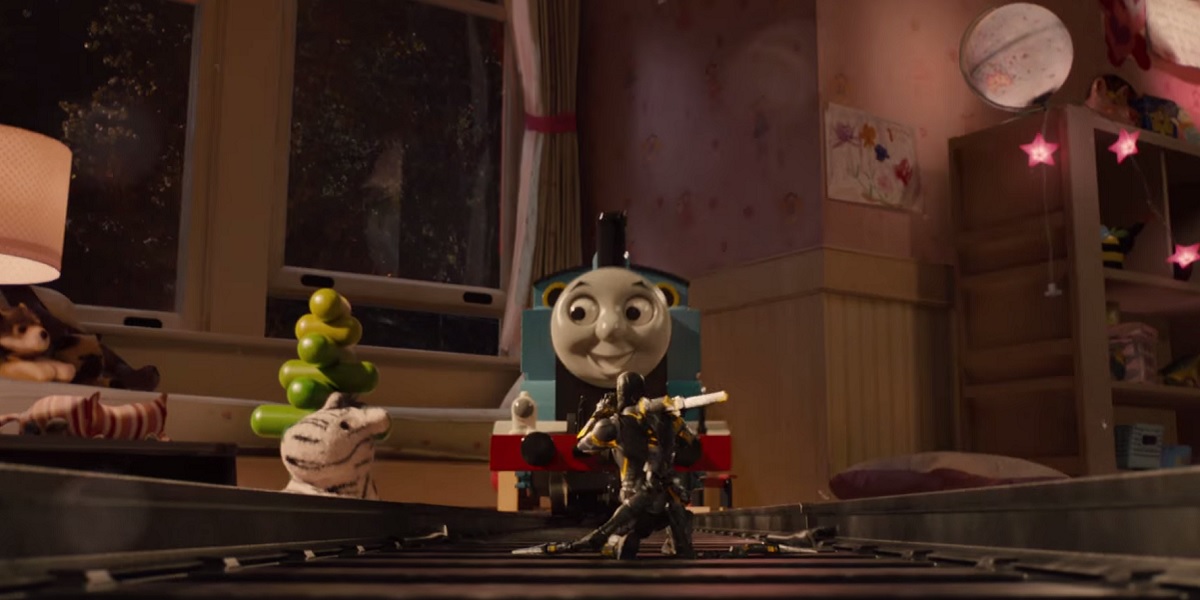 Humour, in Wright’s case, often comes from his editing just as much as from the dialogue. While he unfortunately left the project, a small amount of Wright’s influence is visible throughout Ant-Man. This is most visible in the final battle of the film. It repeatedly cuts between shots of the villain and hero’s life-or-death struggle and the battlefield: a child’s bedroom. This encourages the audience to step back and laugh and the absurdity of the situation. I don’t even know that much about cinema as an art, but Wright’s work allowed me to appreciate the mechanics of film just a little more. His camera work is amazing at leading you in a certain direction and then flipping you around.

At its core that’s what I believe good comedy is: setting up an expectation and knocking it down. Wright’s love of genre movies and crossing these genres helps to facilitate this. Crossing high-stakes action and horror with the banality of everyday life is a keystone of his comedy. With projects such as the Ice Cream Trilogy and Ant-Man behind him, I look forward to his future projects. Baby Driver, his next film, will have a 28 June release. The film looks like Wright’s take on high-speed getaway driver movies. I hope this will see him extend his genre savy skills to the world of crime fiction. I can only imagine what a detective movie by Wright would look like. In any case, I salute him for his contribution to cinema as a whole. I can’t really imagine British comedy in films being what it is now without him. I have a sneaking suspicion that he helped Cornetto sales massively as well. What do you think of this Nerd Icon? Do you like Edgar Wright films? Which is your favourite? Let me know in the comments!