With the release of Teen Titans: Judas Contract, I couldn’t help but choose something related to the film for this week’s Style Saturday. And of course, I had to choose two of my favourite characters to write about for this week. It doesn’t hurt that while I’m writing this I’m watching two different Teen Titans movies and also planning my Starfire cosplay which I’m hoping to wear at Dragon Con later on this year.

But enough about me and my crazy cosplay planning, lets get down to this week’s Style Saturday!

I’ve always wanted to do a Starfire cosplay, and until I can actually do my cosplay later this year well, I guess we’ll just have to make do with something Starfire related or inspired by. I tried my best to keep the colours matching to her own outfit within the comics and animated shows and films, all while trying to keep it modern, something that people could wear out to the cinema or out with friends. 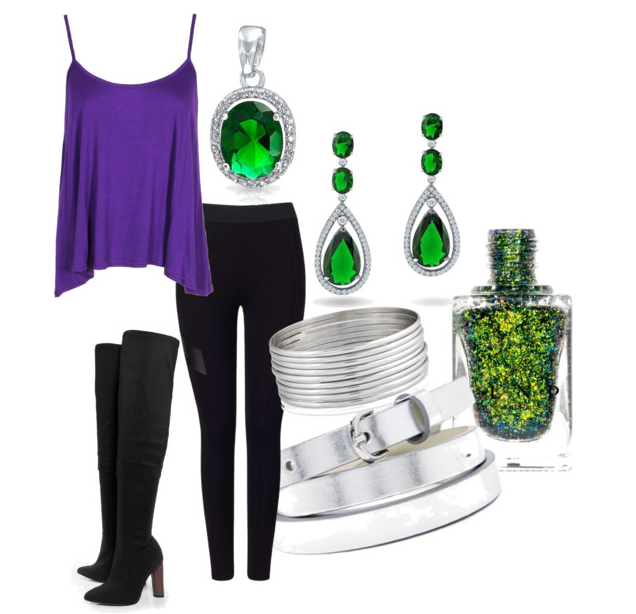 I went for more casual than anything with Starfire. Truth be told; I changed the top maybe three times before find something I was actually happy with. For the top I decided to go for something a little less form fitting, but still in keeping with Starfire as the shoulders are on show and the colour matches that of her usual uniform. The trousers are leggings with a little detail, and the boots should come up to the knees, or slightly over. The other details are the silver bangle, silver belt and the green jewelry which matches the colour on Starfire’s outfit in the comics and series.

For Nightwing, I didn’t want to make it too obvious. So I kept it simple! I am keeping with the colour schemes once again. Something anyone could wear out with only those who are fans of the character being aware of the isignia. 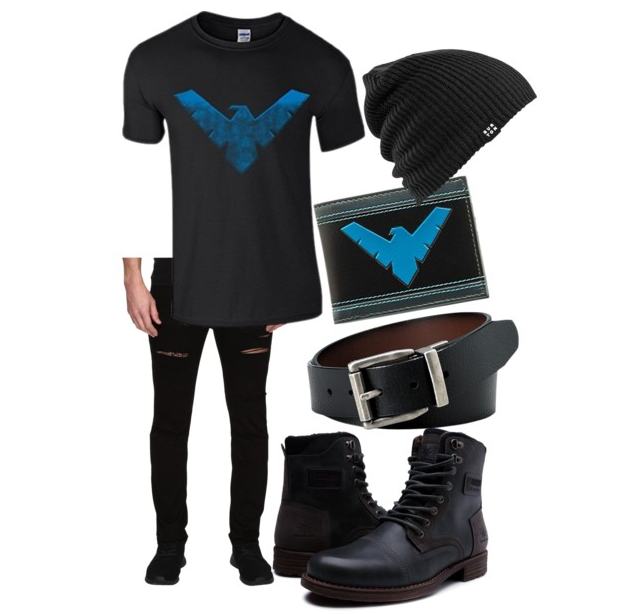 I kept it simple with a Nightwing logo shirt, something that could be worn again with other outfits. The wallet is another little homage to the character, just something that doesn’t scream obvious to non-fans. The boots are easy to wear. The belt and trousers are something I could see Dick Grayson wearing on his days off. The hat is just another casual addition to add to the outfit and can be worn again with other items.