So, Guardians of the Galaxy Vol 2 is out next week and I am lucky enough to be able to attend the premiere as Gamora alongside my other Guardian cosplayers, all thanks to Disney Ireland! So of course my first thought for Style Saturday this week was definitely going to be Guardians, and all things Guardians. So yes, I had to choose my two favourite Guardians, one sassy and one stubborn. So while I swoon over Star Lord and obsess over Gamora, let’s get down to business, shall we?

I’ve adored MCU Gamora and her style since the first pictures emerged from the very first GOTG film, not only just her style but her in general and how fierce she is. So of course I had to choose Gamora for the first part of this Style Saturday. I wanted to keep it as something anyone could wear out, maybe even out to see the new film next week, all while giving hints of Gamora throughout. 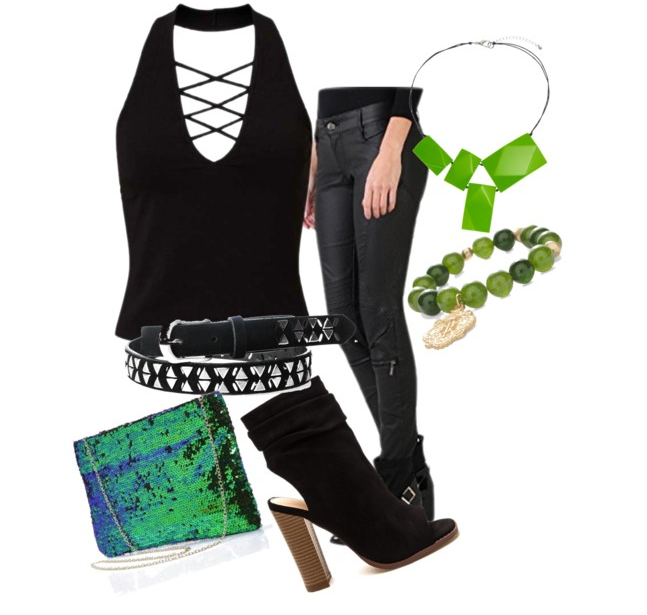 I chose a simple black halter with criss cross detailing across the chest, similar to her first outfit in the first film. The trousers have details of zips and paneling down the legs, while the boots I’ve chosen are slightly more stylish and have a nice heel. The belt has mirror and stud detailing, like her first outfit again, while her skin tone is shown through her necklace, bracelet and sequined bag which ties everything together.

Who doesn’t love Star Lord? Huh? He’s stylish, sassy, funny and overall, quite charming. Heck, I’d fall for his charms. When we all think of Star Lord, immediately what comes to mind, at least for me, is his jacket and his t-shirts, along with his very famous Walkman which is so unbelievably hard to come by now. 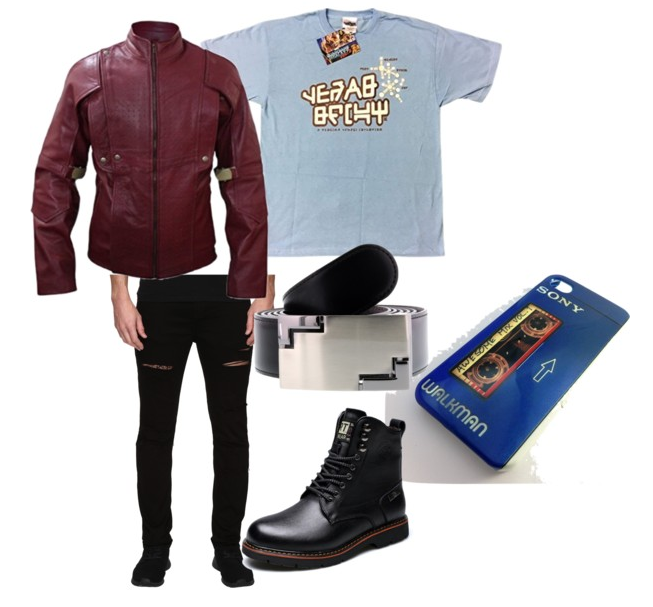 I chose an almost replica jacket which just stands out perfectly as Star Lord, the colour and the cut. It’s easier to wear than his long trench coat! The tee is from the second film and is just so recognizable as Star Lord immediately, especially now. The boots are functional and stylish, while the belt buckle just seemed so space age, it was perfect. The phone cover just gives that final touch of Star Lord, which is far more attainable than trying to get his Walkman nowadays.

Are you all looking forward to Vol 2? Let us know in the comments!