Yay! It’s 2017! That means we get to continue with all of our 2016 business but with a vague and fading sense of newness or novelty. Right up until we can distract ourselves with summer partying and trips to Galway. (Go to Galway, it’s fun.) After summer 2k17, we can fret about Halloween and then November is basically Christmas and after that you find yourself where we are now! Yay! Life. 2017 also means I get to splash out on a bunch more issue #1’s that I read for you sweet 2017 people. I love writing Comicphiles and love being a comicphile. I loved none of the three comics this week. 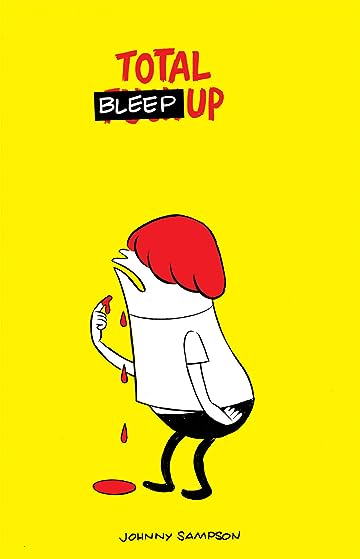 Written and Drawn by Johnny Sampson

This one is the best of the bunch. Old but fitting cliche aside, this issue is interesting as a piece of work. If I picked it up for a fiver in an independent comic book shop in Berlin I’d probably think it was a seriously cool piece of work. It would also need to be a standalone. Sadly, none of this is true. The art style is nice. It’s black and white and has a Roy Lichtenstein feel to it – sad pop art.

As for the story, our main character seems like a bit of a rude waster, but not a TOTAL BLEEP UP (ifyaknowwhatimean). He bullies his way into a bleak funfair and does some bleak things like play bleak games and steals a couple of slurps of beer and then ambles around and gets bullied and his life is over even though he can’t be more than fifteen. On paper, all of it works. That’s why I’d show it to people If I’d gotten it in Berlin. Nothing really happens in this. It’s all mood. That’s cool for a one shot, but a series needs more.

If it’s all like this, I don’t think I’ll be continuing with it. 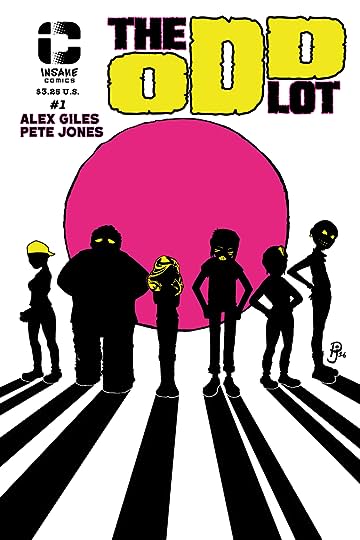 Written and lettered by Alex Giles

I like X-Men. I watched the series in the 90’s and so now I get a buzz whenever anyone plays the theme over YouTube at a house-party. The movies were fine and are getting a little less fine. Alex Giles and Pete Jones might love the X-Men because they went and made what basically amounts to X-Men fan fiction set in a Scottish delinquency centre. It’s Skins meets X-Men in Scotland. Sounds great, right? Great Idea, anyway.

The art is grand. It looks a little rough, and all the girls have the same hip-waist ratio. It’s a nice-looking one, but hit us with some diversity, eh? The kids curse and swear like you’d expect Scottish teenagers to, but the characters have the habit of declaring the next thing that’s going to happen in the story. Example: “Let’s see what you guys are really about.” They then explain who they are in a row. After that, they figure out all their powers in a row. Then they decide to do what they did at the beginning of the issue. This is fine.

I could just go watch Skins again. Not for me. 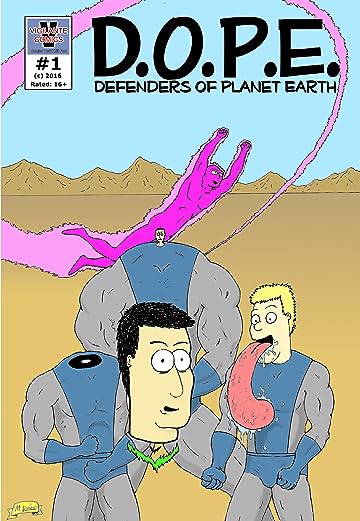 Sticking with the theme of me saying that the comic I read is just two familiar things you’ve already seen, this is a mashup of the Hulk’s origin with the Fantastic Four. In black and white. When I looked at the cover, I thought that maybe it’s a sort of self-aware parody. Maybe it’s a clever play on superhero tropes lovingly birthed by the next indie comic darling, I thought. Nope. It’s dopes. The four characters in this story are all beefy idiots who say very little and then way too much. Most of the comic is them driving in a straight line in the desert. They make fun of each other and describe what’s happening outside the van but we don’t actually see it because comics aren’t a visual medium, apparently.

The dialogue gets pretty rough at times. When the gay man character starts to describe one of his evenings, another guy says: “I don’t want to hear anymore details from your extensive list of sexual enounters.” Like my abs, it needs some more work. One guy is always drooling and he says it’s a medical thing but it just looks like a Rick and Morty thing. One of them actually has leprosy, though. So when he gets a superpower, he falls apart. I liked that bit.

Made me want to watch Rick and Morty – so I will. Instead.