In case you’ve been living underneath a rock, Dark Souls is the greatest game of all time… if you can figure it out. Don’t talk to me about your Pikachus and your Zeldas or your basic tutorials and mechanics. Dark Souls is as complex as it is confusing, the level design is beautiful twisting labyrinth, the atmosphere is oppressive and the entire story isn’t actually found in game, but on Youtube! But if Dark Souls is famed for anything, it’s the vein bursting difficulty, and nowhere is that more present than in the boss battles (and those dick head archers in Anor Londo). Yes, today we’re taking a look at a handful of my favourite, or more aptly put most despised, Dark Souls bosses.

The experience of Souls virgins is very similar. You hear from everyone how difficult this game is, but they’ve harped on about how, granted you can get past the first 5 hours, you’ll be absorbed into its incredible world. So you boot it up and watch a vague cutscene about some gods and pygmies and stuff and you spent some time in the character creator before realising all you can make are malformed mutants. Lucky for you the game is full of helmets. So you wake up in the asylum and take that zombie! Hey, this is pretty easy. Maybe the Asylum Demon kills you once or twice but he isn’t that difficult, and soon you’re whisked away by a giant crow and the game begins. Then you collide with the wall. 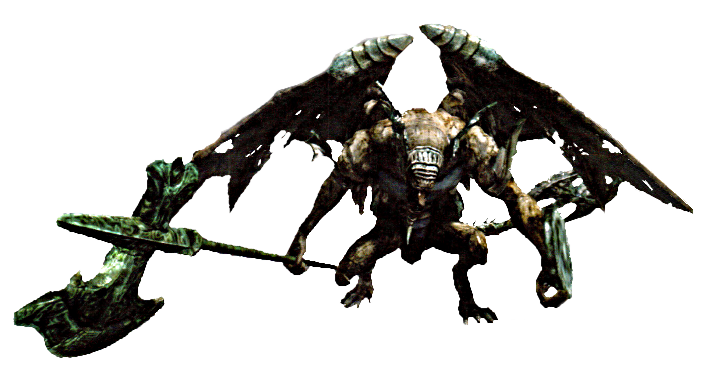 The exact form the wall takes depends entirely on the player. Maybe you repeatedly descend into the graveyard and have your world messed up by the skele-bones (usually weak in video game appearances, Dark Souls relishes in messing with your preconceptions and makes the skeletons controller-smashing difficult for new players) , not realising you’re not meant to go here until much later in the game. Perhaps you get frustrated after several deaths, and repeatedly try to rush through the Undead Burgh, failing miserably over and over. For me, it was these bastards.

I quit Dark Souls for the first and last time because of this boss. It’s not too bad at first, you step up to the bell tower and one of the gargoyles comes to life to protect the bell. It’s basic Dark Souls stuff at first: roll, hit, roll, hit, but then the second one wakes up. Fighting two enemies at once is difficult, fighting two bosses at once is maddening (a theme we’ll return to later). It’s easy to lose track of one as an inexperienced player as you roll around to avoid attacks, and then suddenly BOOM ONES BEHIND YOU YOU’RE ON FIRE ARRGGGGHHHHH.

Eventually after many months away from my torrid affair with this miserable little game, I returned under the urging of a friend and (after many attempts) conquered these Keith David wannabes and rang that bell like Quasimodo. The true game opened up, but nothing was ever as difficult as overcoming that first wall. Later I discovered this is the battle that was meant to introduce you to summoning other characters for help, but this mechanic was so obtuse and I was so determined not to look anything up that I completely missed it until someone told me. Why do I like this game again?

Give into the fat face of despair and weep. I had more difficulties with the Gargoyles, but Ornstein and Smough are undoubtedly the more difficult bosses. Why? Because I actually knew how to play the game when I died countless times to the odd couple up there. I knew all the cheesy tricks, I knew how to optimise equipment and cast spells, I knew how to summon Solaire and online Sunbros. None of it helped. By this point I was so entrenched in the game there was never any risk of me quitting again, but it might have been better for my mental health had I.

The chuckle brothers are the bosses at the end of the most frustrating area of the game: Anor Londo. Tricky platforming, huge pitfalls and enemies who just love to knock you slightly off balance. Then your checkpoint (bonfires in the game) isn’t situated directly outside the boss room, but hidden behind  gauntlet of giant enemies that you either have to fight, or sprint past and hope not to get murdered, every death. Once you’re inside, it’s the same principle as the Gargoyles fight, except there’s two from the start, one can shoot lightning and the other can one-shot you with his hammer. Then once you cool one, the other powers up and doubles in size, and even though the fight is still significantly easier at this stage, if you die it’s back to square one. In short screw these dudes.

Capra Demon
(and them dumb dogs too)

This is another face that might cause you agony early in the game. The first time you enter his boss room, you’re pretty much guaranteed to get insta-cheesed since you have no idea what’s coming. He’ll lunge at you immediately and then sic his two dogs on you.

When you return for the second go around you’ll realise the area you have to fight him is TINY, so trying to stand in front of this big goat demon is tremendously hard because there’s so little space to roll, let alone those hounds nipping at your heels. Luckily by having the Demon break the basic video game etiquette of boss battles at the beginning of the encounter, they are giving you permission to squeeze every scummy advantage you can out of this fight, and so they blessed us with stairs.

Basically, the way you win this fight is a revolving staircase, because the Demon doesn’t quite understand our human concept of steps. You just run up and down the steps, bait the doggies, slaughter the doggies, and then take on the Demon mano-a-mano. Or just go back to hit – run up stairs – hit – run back up stairs for the next 10 minutes. Either option works, as long as you kill this cheating asshole goat man.

Does that all sound hopelessly difficult? Well that’s why I’m including this guy. You can just summon an NPC and stand back while he murders this chump. See, sometimes Dark Souls is nice. Sometimes…

Have you played the game? Who was the hardest boss to face? Let me know in the comments!