Now we know we’re getting an extended edition of Suicide Squad coming at the end of Novemer – start of December, the time for pre-orders have arrived. Of course if you can’t wait for the release and want to secure your own copy of the blu-ray movie, then HMV.com are now taking pre-orders for the special edition steelbook cover version. 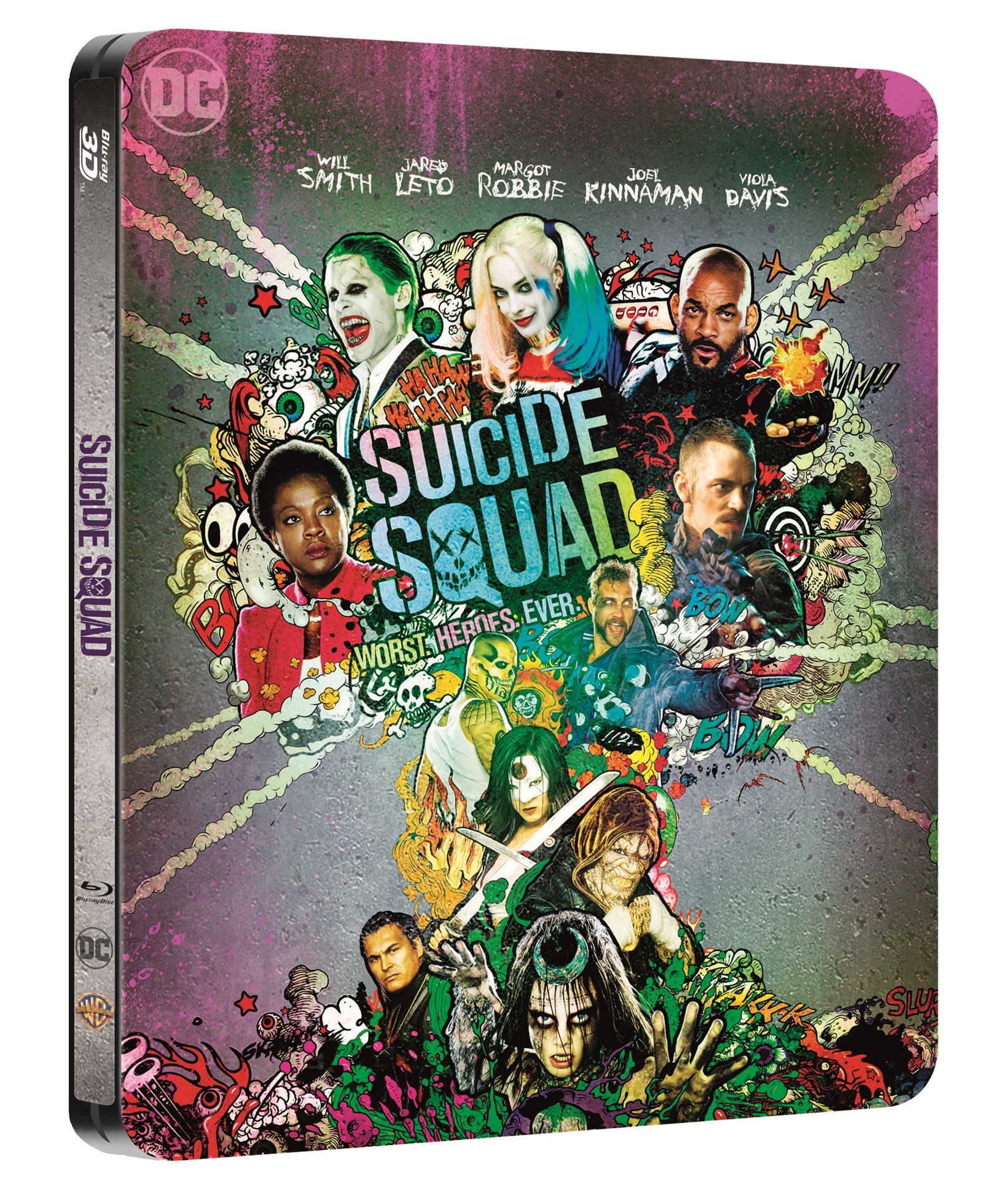 This edition includes a 2D and 3D copy of the theatrical and extended version. It features artwork from the film’s promotional posters on the front of the steelbook. On the back we see the Belle Reve prison graphic and the inside includes members of the squad fighting with a smashed glass motif on the other side. 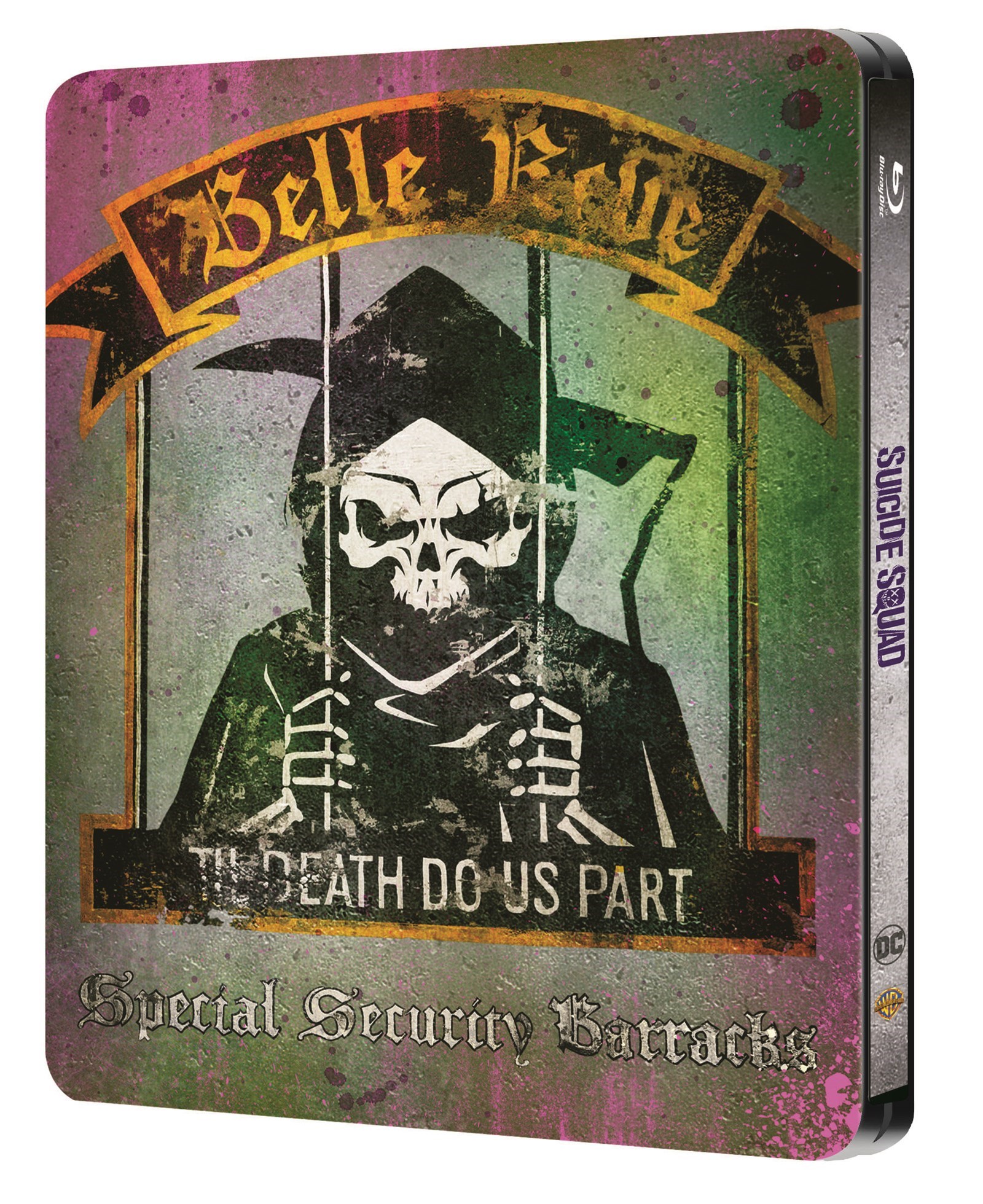 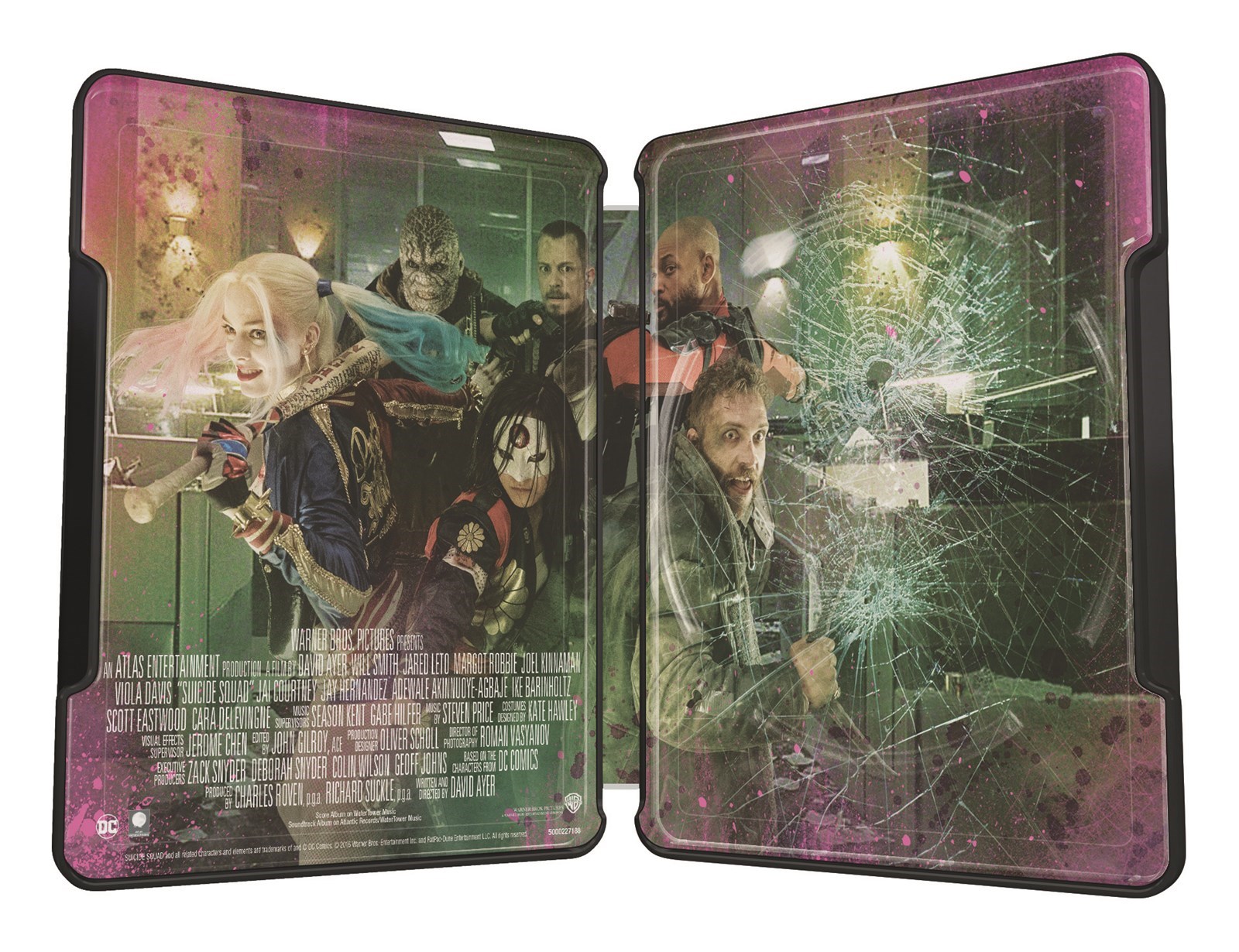 Unfortunately for us over here on the Emerald Isle, we can’t order the steelbook from the HMV.com site as it’s UK only. Might be time to ask a favour from a friend in the UK if you desperately need that copy for your collection!

Suicide Squad is released on digitally on November 15, and on blu-ray on December 5.