Home Comics A Robot, A Dragon, and A Pirate walk into a – Comicphiles

A Robot, A Dragon, and A Pirate walk into a – Comicphiles

A Robot, A Dragon, and A Pirate walk into a – Comicphiles 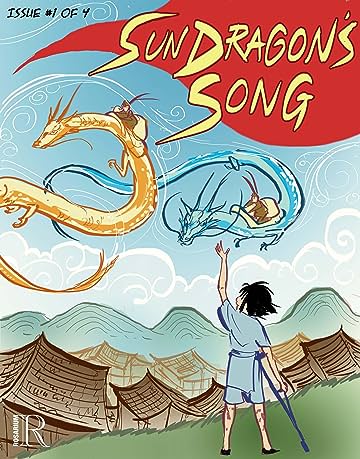 The first thing I liked about Sun Dragon’s Song is the beautiful art. It has a Horsehair-brush
watercolour feel to it. That, and both the panel progression and framing are top notch. Cliche description aside, it flows from image to image with pleasing logic. The artist, Kim Miranda, definitely has a good eye. A Manga/Anime fan, perhaps? In any case, the art is an inviting vector for the eye and the story.

The story has a remixed feel to it. Think The Last Airbender meets How to Train Your Dragon. The setup is familiar enough: peasant boy working in an unfair orphanage has to fight bullies and his own sickly nature. This sounds cliche but it’s delivered in a fresh enough way both narratively and visually to not be off-putting.

One thing i enjoy reading is well-delivered lore. (Good) Authors spend days in their own heads scribbling down notes about civil conflicts that happened centuries before the story you’re reading occurs. That’s not new or all that impressive. What is new and impressive is being able to deliver the echoes of that lore to the reader without them feeling like their being beaten over the head. That’s the case here and it earned a lot of credit from me.

To top it off, the art style actually looks a lot like Kubo and The Two Strings. Even the trailer of that movie makes you love it, so good timing there.

Ultimately, the pictures are pretty and the story is charming (if a little familiar) but the narrative doesn’t end with enough hook to make me want to buy another. It’s charming, but not charming enough.

Not one I’ll continue with, but maybe you should. 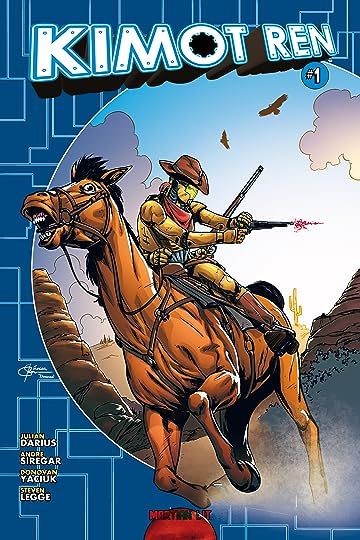 This is a 35-page bumper first episode and I have to wonder if the creative team planned that from the beginning. If so, it would make a lot of sense. This fact is advertised in the little blurb for the thing online but why this is a serious selling point is a little past me. The extra 11 pages were not the making of this book. In fact, they might have thrown off the pacing a little. I’ll get back to that.

Kimot Ren has a bang of Cowboys versus Aliens about it, but takes itself a little too seriously. You shouldn’t fly to close a maligned movie unless you’re going to malign it a little yourself first. That, and Kimot sounds an awful lot like “Kylo.”

Anyway, the story begins in space with an exposition dump and a laser fight and a “chapter” break that threw me off a little. It seems like the book confuses a story beat with a chapter break. Isn’t the end of the issue itself the end of a “chapter?” You can argue that the creators have the right to do whatever they want and that it’s positive to experiment with form. I agree, but that’s not what it feels like is happening in Kimot Ren. It feels confused about pacing and what exactly a chapter is for.

Aside from all that, this is a serviceable introduction into a world and character that could be vehicles to lots of thrills and chills if the creators immediately take it less seriously. The dialogue from the narrator is good but the cowboy’s patois can be hit and miss. The art is pleasant and reminiscent of DC’s “Blackest Night” event, but all of it is a little familiar.

This book is by no means horrible, but I don’t think the story can go anywhere for me to stay interested.

I won’t be continuing this one, but if you’re that person who defends Cowboys Vs. Aliens, it might be for you. 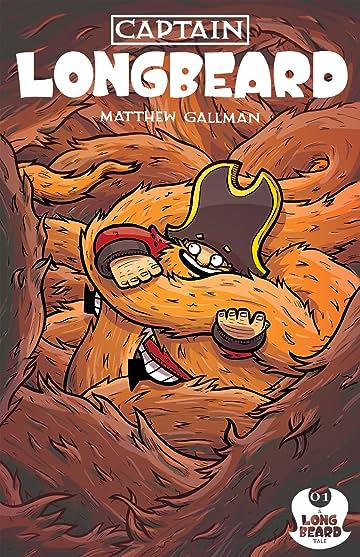 (Written and drawn by Matthew Gallman)
GIVE THIS YOUR TIME AND MONEY. I’m serious. This is one of the best comics I’ve read in a long time. What I’ll probably do is keep an eye on it’s progress and wait for a trade paperback or a hardback. Honestly this is what comics should be more often.

I love writer/artist comics. Especially when they work properly. The artist side can perfectly show what the writer side was thinking. This is the feeling I get from Captain Longbeard. The art is squidgy, jolly and fun.. Just like the story is. The whole thing is an antidote to the grimdark shoegazing of so many comic books out there. The art is a bit in the vein of Plants Vs Zombies, but without the soulless, corporate money-grubbing centre. (Which is only a good thing).

I’m gonna spoil the story a little so you go and read it to see what I’m talking about. A jolly pirate with a prehensile beard gets his feelings hurt and embarks on a quest to make sure his feelings can never be hurt like that again. That’s it. It’s great. Read it.

I WILL own this one day, and might also email the creator to spray him with praise and support and you should just go and read it.

Be sure to let us know in the comments, what number 1’s you’ve been reading! As always, we love to hear your feedback.