From his comic book debut in Tales to Astonish #27 in 1962 to his MCU debut in 2015, Ant-Man has been a character that has piqued peoples interest and broadened their mind to the possibilities of superhero movies where even the little guy can win. Renowned in the comics as an original Avenger, whats in store for Ant-Man in the MCU?

Ok, Ant-Man is not my favorite Marvel superhero and I’d be willing to bet he’s not any of yours’ either. Hell, Ant-Man isn’t even my favorite Marvel movie but it was, let’s be fair, surprisingly good for a film that had to escape from underneath Edgar Wright’s shadow, assuming anyone cared about it in the first place. That said, Scott Lang is the character I’m most interested in going into the all-out-balls-out-superhero-bar-brawl that is Captain America 3: Civil War.

Amidst the relentless awesome of the latest Civil War trailer, did you happen to catch the worlds smallest superhero vaulting his way down Iron Man’s arm?

Going into Civil War, Scott Lang is not on the same footing as anyone else in our superhero smorgasbord. In stark contrast to just about every member of both teams, Lang kind of just fell into this worlds-bravest-heroes thing. He never sought it out, and tried pretty damn hard to squirm his way out of it when it came looking for him. While it makes sense that he’d side with Cap based on his brush with Falcon in his own movie, it’s still completely unclear exactly what Cap’s side are railing against, and why Scott would go along with it.

Let’s not forget that despite being the most bumbling unintentional potential avenger in the cast, Lang has seen the world through a lens that no one else ever has, and it puts him in an interesting parallel with team anti-cap’s commander in chief. Tony Stark may be the only Avenger to see the fringes of Marvels Galactic Universe by flying into space in Avengers Assemble, but Lang has one-upped him big time by inverting his trip to the heavens and collapsing in on and through his own atoms. Lang has seen the incomprehensibly minute building blocks of the universe itself. Tony just stepped out onto the balcony.

What’s In Store For Ant-Man In Future Films?

Now that we know for sure that Marvel are building up to Infinity War, it’s difficult not to go grasping at theories about how it will all tie together. Will Scott Lang play a bigger role in the future of the MCU? Who knows. But it could certainly be helpful, when Thanos takes control of time, space and all matter in the universe, to have someone on your team who can slip between the very atoms of that matter and still – hopefully- come out fighting.

Oh and *SPOILER*  Lego messed up and revealed that Lang will also become Giant Man at some point, so there’s that to look forwards to also. 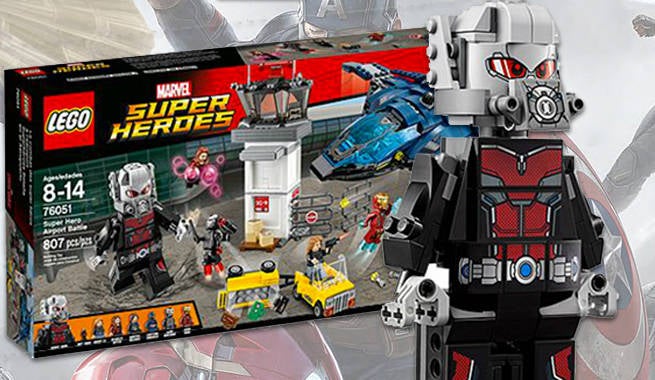