There was a moment during Sony’s conference at E3 2015 that drew the collective hearts of millions into their collective mouths. We watched in disbelief as the unreal became real, as dreams came true, as a PS4 Final Fantasy VII remake was confirmed to be in development. That kind of announcement creates the sort of intense euphoric excitement that renders any attempt to quell it completely irrelevant. At the time, whatever the naysayers had to say didn’t matter. It was a time for celebration. A time for ‘We did it! We f*cking did it!”

Final Fantasy VII is a classic, and like many classics before and after it, it exists in something of a nostalgia vacuum.

And now is the time for “Dear god, what have we done?”

Last week, a new trailer for the Final Fantasy VII Remake surfaced online and, in addition to showing a surprisingly huge amount of footage, also appeared to show snippets of gameplay in action. The hype train, predictably, pulled into the station once again, and everyone proceeded to pile aboard. Unfortunately, on this occasion, the train had barely left the station before everyone ate each other trying to get off.

For those of you who haven’t heard, a press release that was issued immediately after the trailer was unveiled gave us our first piece of actual information about the project, namely that it will be “told across a multi-part series”. Unfortunately, but not necessarily surprisingly, this was enough for several of the previously enamoured hoard to jump ship completely and take to social media to declare the game dead on arrival.

Look, let’s get one thing straight from the get-go; everyone needs to calm down about this. As Anthony pointed out earlier this week, “multi-part series” is about as vague as press-language can get and could be anything from episodic content á la The Walking Dead, a self-contained series in the style of the XIII saga, or something with an even wider scope calling back to the Compilation of Final Fantasy VII a few years ago. Besides, why complain about the delivery method when surely the game is what matters? Why not take Nomura and Kitase at their word when they say their ambitions for this project are just too broad for a single release? Are Final Fantasy VII fans really so delicate and entitled?

Yes. And that’s why they’re right. 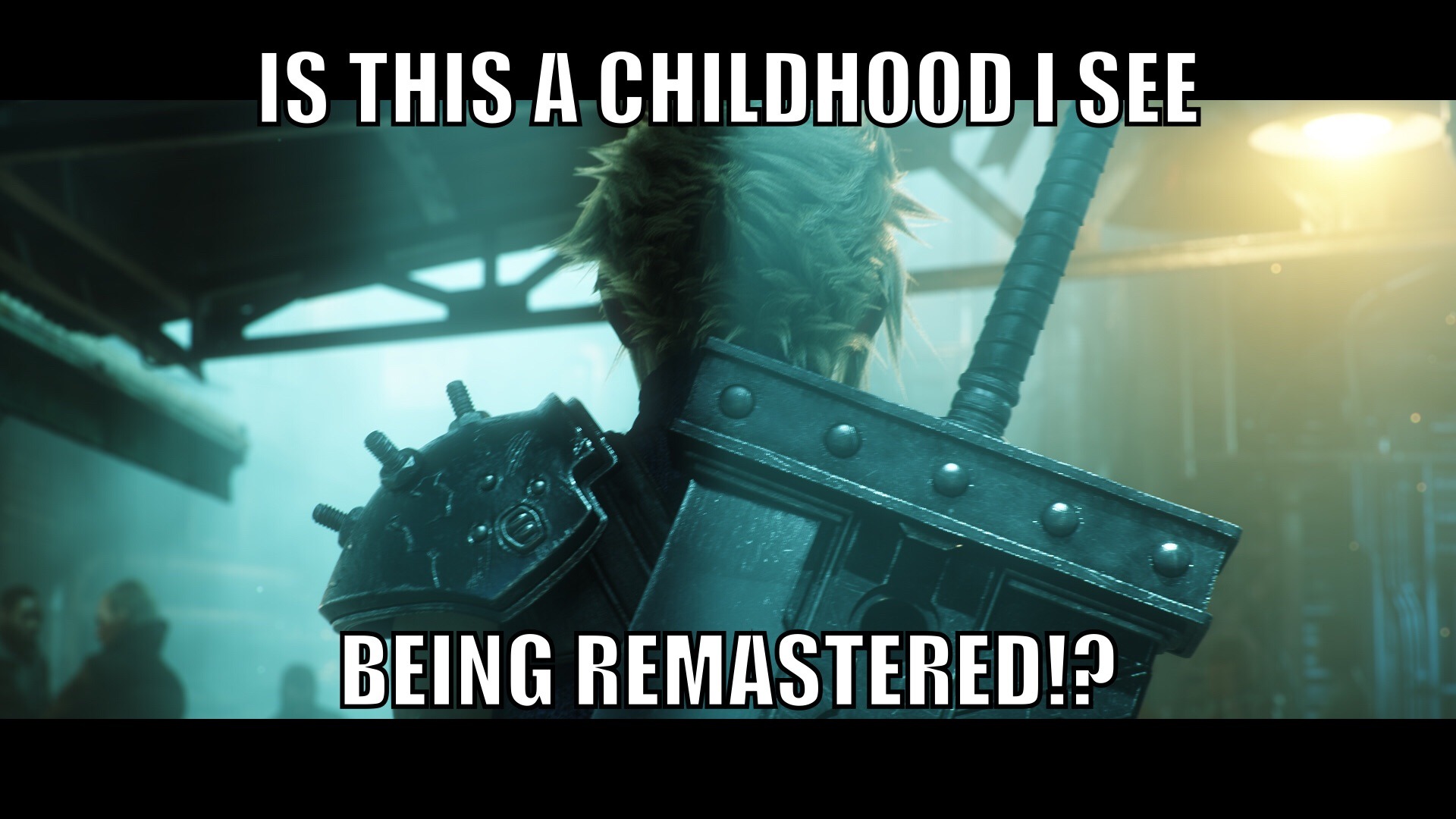 For the record, I am, and always have been, on principle, firmly against the idea of a Final Fantasy VII remake. Imagine if The Beatles were to remake The White Album, trying desperately to artificially recreate the ephemeral magic that found its way to the tape, painstakingly ironing out every glitch and un-marketable oddity to fit it to a modern market. Imagine if George Lucas went back and edited his original Star Wars trilogy to fit the expectations of a new audience, replacing the authenticity of his vision with cheap CGI…oh wait…

Final Fantasy VII is a classic, and like many classics before and after it, it exists in something of a nostalgia vacuum. Graphically, it doesn’t hold up at all, easily bested by VIII, using the same hardware to produce infinitely superior results. In terms of plot, characters and gameplay, IX and X outdid it completely (shut up, yes they did) by building on its ideas. VII is probably the most important Final Fantasy in the history of the series, but its persistent popularity in the face of clearly superior entries is a problem. A problem that Square-Enix have, until this year, chosen to dance around by padding out the universe without ever going so far as to tacitly admit that, for some reason, they’ve never been able to bottle and sell VII‘s magic in quite the same way since.

Which is why their decision to try bottle and sell VII‘s magic in the same way now is such an unreadable move. I mean, just look at what’s happening. On the one hand, it’s great; guaranteed money, fans are appeased, a chance to celebrate one of their greatest achievements. On the other, how can they possibly pull this off? Fans are already outraged and all that’s been announced is the delivery method. Nothing I’ve seen or heard from Square has served to strengthen my opinion on this (that it’s a bad idea), in the same way that the fan-reaction has.

Which is silly, because look at what we saw in that trailer. The game looks incredible. Midgar has been recreated and fleshed out beautifully from what we can see. The tone of the game seems pretty much spot on, and the gameplay sections look like they’re taking cues from the grossly under-appreciated Final Fantasy VII: Crisis Core, which can only be a good thing. Would episodes really be so bad? Is that not how VII, spaced out across three discs, was originally presented anyway? If you really need to experience Cloud’s story in one sitting, the original still exists. What exactly are you looking for in the remake? Does anyone even actually know what they’re looking for? I certainly don’t.

Maybe, just maybe, the decision to split this into parts is indicative of a team who understand how easily it could go wrong. Maybe it’s indicative of a company finally acknowledging that the development cycle for games of Final Fantasy‘s size and caliber just doesn’t line up with fan expectation. That in order to give players quality content in a timely fashion, breaking it up a bit is the only option. Maybe this is a sign that Square-Enix are taking this so seriously, approaching it with such caution, that they’re willing to risk fan outcry by taking necessary chances.

Final Fantasy was born from a last-chance risk in the eleventh-hour and was born again by a similarly risky platform shift to Playstation years later. Maybe, just maybe, the time is right for another big risk.