Heroes All Tied Up In Arrow/Flash Crossover Picture

Heroes All Tied Up In Arrow/Flash Crossover Picture 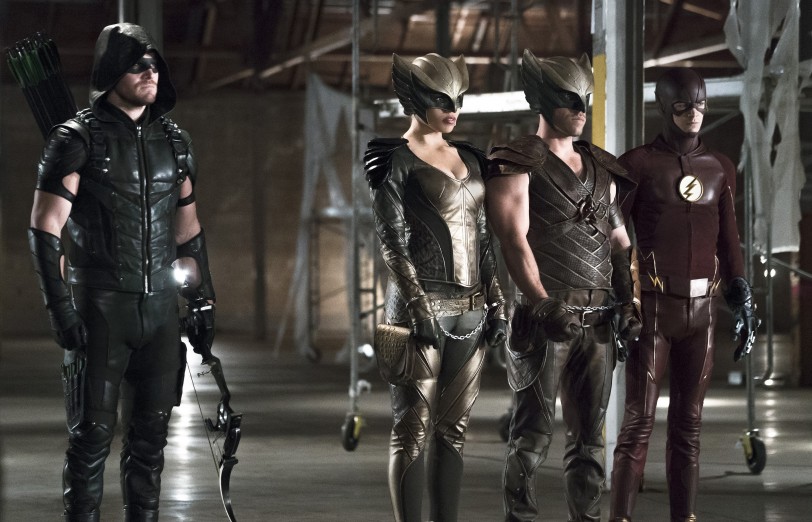 The image shows the title heroes The Flash and The Green Arrow as well as two of the spinoff Legend of Tomorrow heroes, Hawkgirl and Hawkman, who seem to be all tied up, and at the mercy of Barry and Oliver.

Will everything be as it seems or will this just be part of a clever ploy to outsmart the villainous Randal Savage?

This season’s crossover will begin on December 2 on The Flash, continuing on December 3 on Arrow before the shows spin off into Legends of Tomorrow in 2016.

Are you looking forward to the crossover? Let us know in the comments!