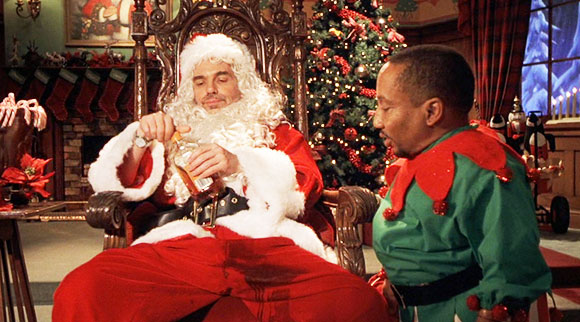 Bad Santa (2003) might best be described as the antidote to Christmas movies. This is the season that officially centres around the idea of peace on earth and good will to all, but Bad Santa is a surly comedy that cuts against the grain with Billy Bob Thornton in the title role.

Now there are reports of a sequel in the works.

In a press release, Miramax confirmed that “Billy Bob Thornton [is] to reprise his golden globe nominated role as Willie Soke in the Bad Santa sequel”.

The reservation regarding this news is twofold. First, can the sequel match the original movie? Second, after twelve years, is there an audience for a sequel? Writing for Collider, Kyle Miskell explains that, despite reservations, “Dumb and Dumber To showed that an unasked for sequel released years after the in-high-regard original can prove popular, even without critical acclaim.”

What did you make of Bad Santa? Would you care for a follow up? Tell us in the comments!