Never let it be said that Nintendo do anything by halves, eh? That Nintendo Direct contained more information than most publishers manage in their entire lengthy E3 presentations. We’ve got a lot of ground to cover, so without any further ado, the recap!

Mewtwo and Lucas DLC for Super Smash Bros. 3DS/Wii U
Nintendo plans on expanding the already sizeable roster of the fan-favourite crossover brawler’s latest installment. Mewtwo will grace the game in April, while Lucas from the Japan-only GameBoy Advance game Mother 3 will be released in June. Mewtwo will release on the 15th for those who registered both versions of the game, and will release for everyone else on the 28th at a price point of $4.99 for both consoles or $3.99 individually (£4.59 and £3.49 in the UK, no word on prices for other regions). Mewtwo transforms into his Mewtwo Y form from Pokémon X/Y for his Final Smash, while gameplay details, pricing and specific release dates for Lucas have yet to be revealed.
Smash Bros. Update Tweaks Balance, Sharing and Introduces Skins
The 1.06 update for Super Smash Bros. 3DS/Wii U is releasing for free on April 15th, and amongst some character balancing, there will be sharing functionality included, which extends to “photos, Mii Fighters, replays, custom stages and more”. In addition to this, they are releasing a series of Mii Fighter skins for $0.75 on one platform or $1.15 for both. Included are X’s Armour from the MegaMan X series, Majora’s Mask Link from the Legend of Zelda series and some generic outfits such as a cat suit, amongst others.
Mario Kart 8 DLC and Free 200cc Class Update
On the 23rd of April, Mario Kart 8 will receive its second DLC pack, priced at $7.99. The DLC pack will contain the racing debut of Villager and Isabelle from the Animal Crossing series along with a track themed around the village from the same series (and as a neat touch, the season will change every time you play on it). Alongside that, the pack will feature Dry Bowser, four new vehicles and eight courses. On the same day as the DLC release, a free update will be put out adding a 200cc option to all tracks, and will also allow players to generate costumes for their Mii racers using Amiibo figurines. Splatoon to Include Split-Screen Multiplayer
Possibly one of the Wii U games I’m most excited for, Splatoon keeps on getting better with each announcement. I’m an unabashed fan of local multiplayer, and having one player use the GamePad and the other on the TV will eliminate the “screen-watching” problem which causes so many arguments. The mode itself is a one-on-one battle to see who can pop the most balloons in the stage. Time will tell if other modes are to be included.
Nintendo 64 and DS Coming to Wii U Virtual Console
Effective immediately, certain games from the Nintendo 64 and DS libraries will be available on the Virtual Console at a price of $10 (£8.99 in the UK).  Super Mario 64 and Yoshi’s Island DS (seemingly replaced by Mario Kart DS in the UK) will be available now, with WarioWare Touched! and Donkey Kong 64 also available immediately in the UK (releasing the 9th and 16th of April outside the UK respectively). Other games that are planned for the service include Yoshi Touch & Go (April 9th); Donkey Kong 64 (April 16th); Mario Kart DS (April 23rd); and Paper Mario (April 30th). Certain DS games will use the Wii U GamePad’s screen as a replacement for the bottom screen, while other will simply display two screens on the TV. 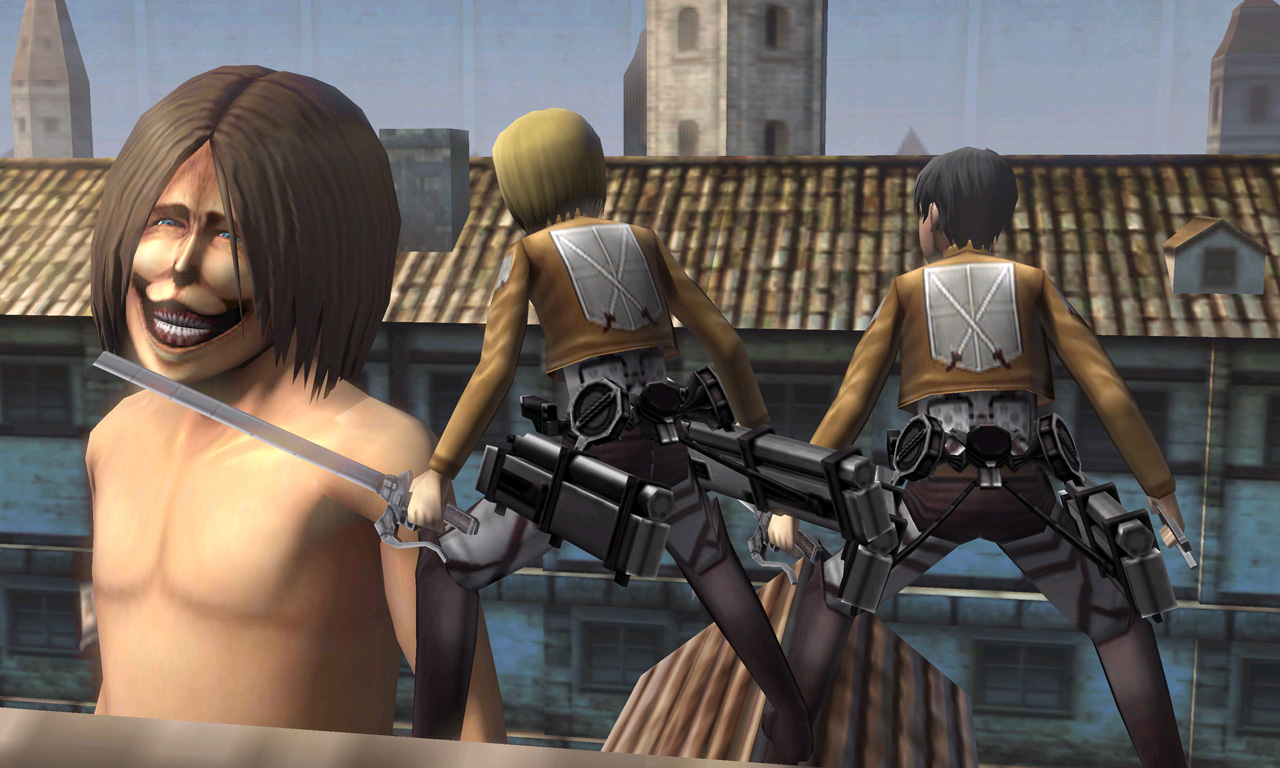 Attack on Titan 3DS Game to Be Localised by Atlus
Attack on Titan: Humanity in Chains is expected to hit Western shores sometime this may, helmed by Atlus USA. The version we should expect will be based on an upgraded version of the game, which will implement online and local co-op for up to four players. The game will be compatible with the Circle Pad Pro and the New 3DS XL’s C-stick, and will come complete with a host of balance changes compared to the original version and an updated user interface.
Fatal Frame Wii U Coming West
Fatal Frame never seems to get remembered as much as other survival horror games such as Resident Evil or Silent Hill, and yet the series has an atmosphere that’s strikingly similar to the horror genre’s modern takes, like Outlast for example. Set in a cursed lakeside manor in the mountains, themes of water and hydrophobia are expected to feature heavily. The Wii U GamePad will emulate the series’ trademark Camera Obscura according to Koei Tecmo, which is the right decision and could easily help bridge the gap between survival horror video games and alternate reality games. No release date as of yet, but we will keep you updated when more information is known!
Fire Emblem Asks You to Choose Your Path
Fire Emblem is a series dear to my heart, having fallen in love with the GameBoy Advance entries many years ago.  Awakening did extremely well and revitalised the series, resulting in a new entry for the 3DS. The story revolves around a character of your own creation, caught in the middle of two sides locked in a vicious war, the Hoshido and the Nohr. The gorgeous trailer makes heavy use of black-and-white imagery and talk of fate, and for the first time in the series that I can recall, the entire story seems to be shaped by your choices. The Oriental-esque aesthetic is a nice change from the norm too, so I’ll absolutely be picking this up upon release, which is currently slated to be some time in 2016 (which is at least one year too far away if you ask me). 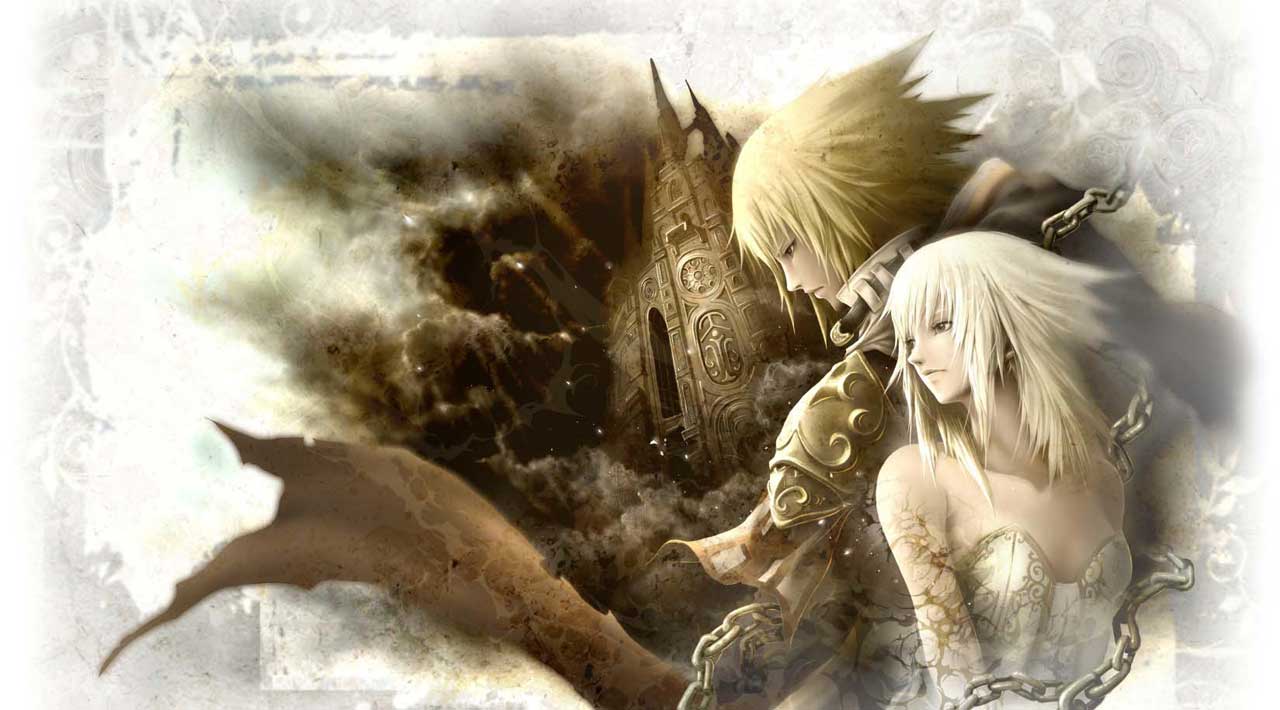 Other Snippets
Yoshi’s Wooly World – Nintendo have stated that there will be two modes for the Wii U platformer, currently expected to release later this year: Classic mode will retain the difficulty level of previous games, while Mellow mode will let you play as Winged Yoshi and is aimed at beginners. Nintendo will also release knit yarn Yoshi Amiibos in green, pink and blue.
Pandora’s Tower and Sin and Punishment: Star Successor – Both games will be getting a Wii U UK eShop release on the 16th and 30th of April respectively. Pandora’s Tower is a JRPG for Wii which was notably part of the fan-run Operation: Rainfall campaign alongside Xenoblade Chronicles and The Last Story, while Sin and Punishment is an on-rails 3D shooter by Treasure Co. of Gunstar Heroes and Ikaruga fame.
Mario Maker  – The level-editing and sharing-focussed addition to the franchise is being released for Wii U this September as part of a celebration of Mario’s 30th Anniversary. Given the kind of cruel levels that ROM hackers have created, I fully expect to see some downright sadistic courses, but it’s a novel idea and has potentially endless content so I’ll be keeping an eye on this one, personally.
Shin Megami Tensei x Fire Emblem – The crossover has received an excellent trailer, though no word exists on a release date as of yet. Although Megami Tensei is perhaps best known for the Persona sub-series, the 3DS received Shin Megami Tensei IV in 2013/14 but it’s never really received much recognition in the West outside the genre’s diehard fans. Hopefully this crossover will see it thrust into a more prominent light.
Amiibo – Let’s fire through these quickly, shall we? Releasing on May 29th are figures of Greninja, Charizard, male Robin, Pac-Man, Lucina, Wario, Jigglypuff and Ness (which is confirmed to be a GameStop exclusive). In July we’ll be treated to Dark Pit and Palutena, while September will bring us Captain Olimar, Zero Suit Samus, Bowser Jr., Ganondorf and Dr. Mario. Mewtwo and Lucas are also confirmed to be getting figures at some unspecified point in the future. Also releasing alongside wave four on May 29th are the Splatoon Amiibos to coincide with the release of their game. The Splatoon Amiibos will be bundled in a triple-pack of figures, but will also be released individually. Finally, Marth will be getting a re-release in May, but it is currently unknown how many will be available or the exact date of the release.