The Batman Within Us All

The Batman Within Us All

75 years, man. 75 years.
Think about that for a second!
Some of your relatives may have been born and passed on in that time frame, countries were torn apart by war and re-built with lessons hard learned, Stan ‘The Man’ Lee was only 17 back when this all started. The dark knight himself Batman has stood tall on the streets of Gotham for all that time, watching over the helpless and being the human hero we all wish we could be. Its incredibly easy to forget a legacy like that because, given the territory of fanaticism and obsession, its just as easy to throw down about your favored stories against other equally loving fans in the hope that you’ll convince why the arch/artist/time-period you prefer is infinitely superior to theirs.
The Bat has seen many ups and downs in his long tenure, and some are very agreed upon, and some are less so. Right now, Mr. Wayne is enjoying a moment of high as writer Scott Snyder and artist Greg Capullo take him from his re-birth in the new 52 straight through his new-found toddling years once again and into some of the most horrifying and memorable stories he’s been apart of in quite some time (need convincing? Read Death of the Family.) But while the Batman is a pop icon whose works are hotly debated and obsessively collected, he’s also a symbol for more than just the people of Gotham; he’s become a symbol for us, too.

As fans, it’s often-times hard to swallow that heroes like Batman don’t exist because when reading these stories it’s a harsh reminder a hero isn’t going to suddenly save you from your hardships and there isn’t some omniscient writer who can pen a gentler outcome for you. That’s life and that’s reality for us all. However, with Legends of the Knight from Brett Culp, we have a beautiful reminder of how Batman doesn’t need to exist because he can inspire us to be strong within ourselves and try to be our own Batman.
A Kickstarted documentary, it’s a film not about one specific story, or one specific person, but a meditation on how fans of the dark knight have overcome horrible illness, ran marathons, taught students and brought 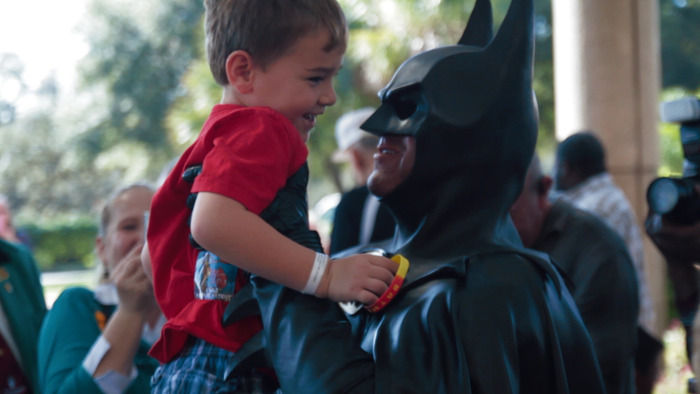 happiness to others in ways its altogether too easy to forget about. One of the main lives it follows is of a young boy who has leukaemia who requested be called Batman by all the nurses in the hospital. This is a child who probably won’t make it because that’s the reality of his affliction and these stories do not end well, refusing to allow a simple thing like ‘terminal illness’ stop him from standing tall and being a hero.
And the inspiration is shown in many lights, not just how to struggle on. There’s a marathon-runner who does the race in bat-gear so that he can remember how Bruce Wayne would never let up. There’s the elaborate cosplayer who does regular hospital visits and events to remind children that superheroes exist if you believe in them and even some well-known names in the industry who chime in about the bat’s collective ownership. Honestly, going on about the content of the documentary would lessen the impact, and trust me, you want that impact because it is truly beautiful, but it is one of the best reminders that beyond the ratings, beyond the diatribes, rants, reviews, blogs, vlogs and critical thinking and writing, Batman is far, far more than just another member of manufactured roster. He’s the genuine reason some choose to see tomorrow, he’s the genuine reason some choose to face pain with nothing but a straight face and he’s one of the genuine reasons we can always choose to better ourselves, despite the regular reminders of how infinitely evil the human race can be. 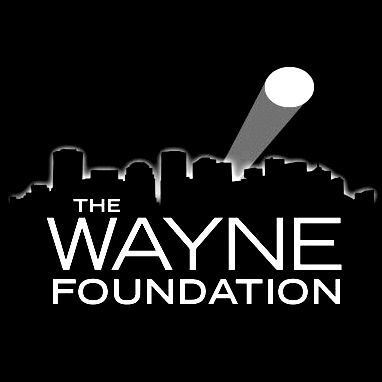 Which brings me to the Wayne Foundation. ‘But Anthony, the Wayne Foundation doesn’t exist?’ I’m pretending you’re asking so I can provide the answer. ‘Oh… But it does!’
The Wayne Foundation is a charitable organization who’ve been set up to combat the occurrence of sexual exploitation with minors in America. Y’know, the kind of crime that just turns your stomach and you wish to death someone would take the initiative and be like Batman and stomp on those cold-hearted souls throats until they choked? Well, guess what, someone’s being like the Batman, though with metaphorical stomping on throats, of course.
In her interview with Kevin Smith on Smodcast, Jamie Walton explains her own experiences in prostitution and being raped the sexual violence she encounter. She speaks honestly and frankly about experiences that do not bear repeating here, but she also talks about how the dark knight inspired her to keep kickin’ back, and to kick back harder when she had the power and the means to do so. Which is what she is doing. The mission statement on the site reads ‘The Wayne Foundation is committed to spreading awareness of CSEC (Commercial Sexual Exploitation of Children) DMST (Domestic Minor Sexual Trafficking) occurring within the United States.’ Those regular reminders of the evil that exists? These are about as evil as it gets, but the reminder that the Bat is alive and well within us to fight back? You better believe that exists too.
75 years, man. 75 years of taking the evil out back and being the light in a city of ever-lasting darkness. 75 years of teaching us to do the same against a world that sometimes just feels utterly hopeless against it.
Here’s to 75 more, Bat-fans.
In case you missed them; Legends of Knight’s main site is here and The Wayne Foundation’s is here if you would like to have a look at their work and maybe support them a little bit as both are not-for-profit and unfortunately no-one’s figured out a way to exist on just enjoying Batman comics…. Yet.