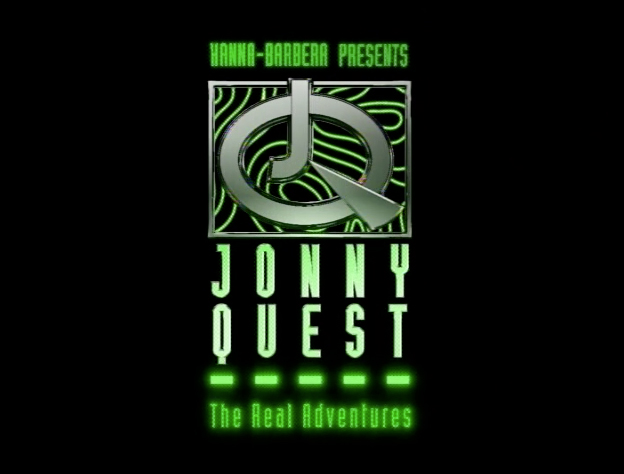 This might technically be cheating as I don’t remember watching The Real Adventures of Jonny Quest on Saturday mornings.  I think, and I could be wrong on this, I remember watching it on The Den after school. It was around dinner time maybe.  Anyway, what are you, the technical police? No, of course not. You’re  here to read and reminisce  about an awesome cartoon. One so incredible it physically (but not literally) propels your adult mind back into your younger self,  despite it possibly not being on a Saturday morning.

What a theme tune! First aired in 1995, The Real Adventures of Jonny Quest followed the adventures of Jonny Quest (Duh!) and his friends. They got into all sorts of trouble, constantly pissing off international criminals and prehistoric carnivorous amphibians (we’ll come back to that later). They also liked to hang out in a Virtual Reality world called Quest World. It’s like the Matrix only, you know, without Keanu Reeves. Every evildoer wanted to get their grubby hands on QW as it was the latest in technological wonders. It was rare to see that level of 3D animation in a “Saturday Morning” cartoon. Looking back now though, it has become a bit dated. But don’t let that put you off the brilliant writing.

I could go on about the great animation, the stellar voice acting, and the smart writing, for hours and hours, but for me there’s only one thing that makes The Real Adventures of Jonny Quest stand out. And that is this. The show is wonderfully entertaining. I mean, it’s crazy fun. I couldn’t remember a time when I didn’t want to be Jonny Quest – fighting bad guys and diving into a virtual video game with cool Tron bikes. And it was always a boyhood dream of mine to be in constant danger. I was a weird kid. But don’t sit there are tell me you didn’t feel a rush of excitement and 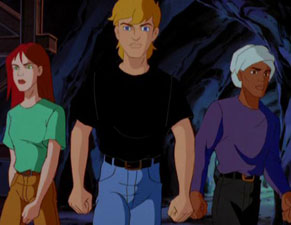 dread with every episode. Here was a kid, not much older that us (at the time) doing these incredulous things and kicking all kinds of ass. He was Indiana Jones, but younger. He was Young Indiana Jones, but animated. You get my point.  He had the life we all dreamed of having while playing secret agents in our back gardens, jumping over fences and climbing over the shed to escape prehistoric carnivorous amphibians (it’s coming up, I swear). Phew!

Although I absolutely adore The Real Adventures of Jonny Quest, there is one thing I will never forgive it for. And that is for terrifying the holy s**t out of me. Jonny Quest was a dark, dark show. People died. And some people died badly. And not just bad guys, but innocent people too. I refer to one episode particularly, which forced me to stop watching. Like the X-Files before it, another show scared me away from continuing the series until my heart stopped palpitating.

Season 2’s – Undersea Urgency caused this writer to fear the water once more. Jaws had pretty much screwed me over the year previously, but now I never wanted to set foot in the sea again. Let me set the scene for those of you unfamiliar with the episode. The Quest family take a trip to the oceans depth to visit an underwater research facility. While Jonny is being given a tour of the facilities exterior an earthquake opens up a catacomb of  prehistoric carnivorous amphibians: 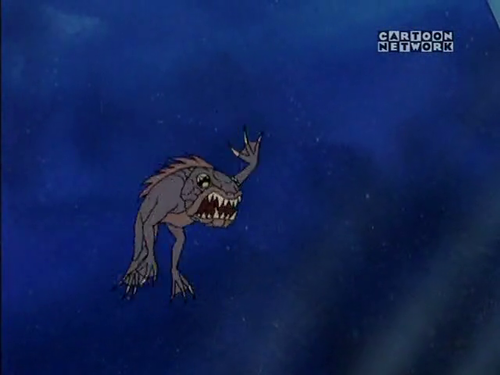 These creatures proceed to devour Jonny’s tour guide in seconds and set their sights on the research station. Several more marine scientists are eaten and poor Jonny and Jessie are trapped. There’s a real sense of panic as claustrophobia and the fear of being eaten alive take over.  The episode is a weird mix of The Abyss and Deep Blue Sea. And just when I thought I was scarred enough; the ending happens. The lead scientist lady wishes to study 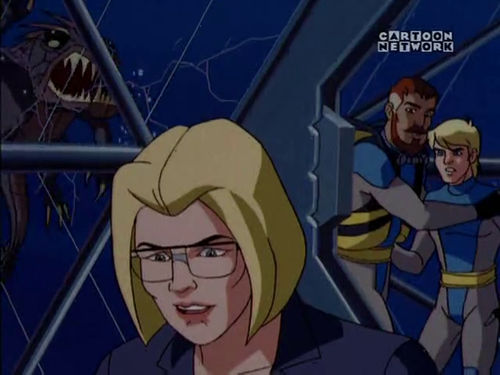 the creatures up close and manages to electrocute one while it attempted to kill her. She goes back to the “dead” creature and cradles it in her arms. She feels sorry for the poor thing. And it is at that moment the prehistoric carnivorous amphibian awakens and bites into the scientist lady. She screams in terror. Jonny’s father closes the door – there’s nothing they can do – and the Quest family, with maybe one or two other survivors, leave the research facility, feeling lucky to be alive.

I recently watched that episode again and it still frightened the living daylight out of me. My palms are sweaty just writing about it. But that’s what I love about the show. It got me hooked and invested. I was truly terrified for the Quest’s. I thought they had it. I saw no way out. As a kid, that really messed me up.

Unfortunately The Real Adventures of Jonny Quest only lasted two seasons and was cancelled. It’s hard to find a Region 2 copy of the series but this is one cartoon you should track down and watch. Highly recommend!

“Thank you for accessing Quest World.”

0
0   0
previous Evil Dead TV Show On The Way
next Peter Jackson In Talks To Direct a Doctor Who Episode?