Welcome to the first installment of Otaku Digest and what a way to start this series off but to kick off with what has to be the most anticipated anime of the summer season Pretty Guardian Sailor Moon Crystal. Now I realize that the first episode of Free! Eternal Summer aired before Sailor Moon and it will be covered in another Otaku Digest but for now let’s take a look at the long (LONG) awaited reboot of Sailor Moon. 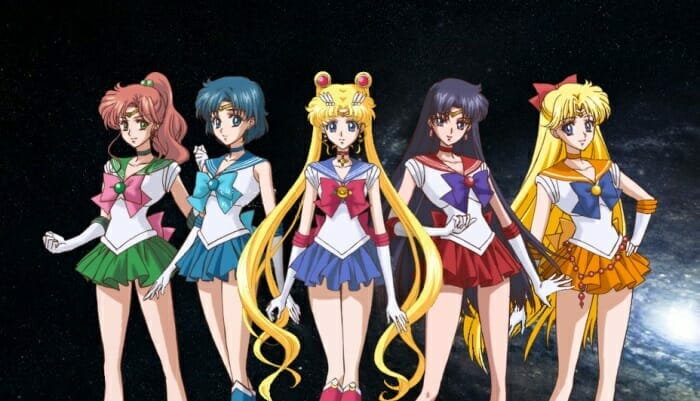 I was among many fans waiting for the reboot to air and needless to say it did not disappoint. Others might have had issue with the “new” look and feel of the series but in reality it was taking the original manga art and recreating it for the anime. It brought the usual bursts of colour you would expect from a Sailor Moon episode and made it sleeker and more vibrant. The art in this episode looks as if it had been lifted out a piece of manga art where it had the hand drawn feel of a manga and the perfect amount of CGI inserts. Crossovers of backgrounds and the areas surrounding are so effortless they stand out enough for their purpose and are a joy for the eyes but do not over shadow the characters.

Character design, a first look for the most part but there are the obvious differences between this episode’s Usagi and others compared to the original series. They managed to create the manga design perfectly where the characters have longer slimmer limbs but are more accurate to the look of their age. A lot of effort was put into making Usagi as close to her manga design but also effort was put into her hair, odd thing to notice but her hair flowed fluidly and even shone. I look forward to seeing how they recreate the rest of the Sailor Senshi, we got a “sneak peak” look at Ami or Mercury at the end of this episode and a quick snippets of the others in the opening theme so it is looking good as far as character design goes.

Lastly in terms of design and probably the most anticipated piece of the reboot; the big transformation scenes. They are the most iconic parts of Sailor Moon, these elaborate transformation scenes have become infamous in Magical Girl anime and in my opinion this would have started with Sailor Moon, they are big, over the top and for the most part beautiful to watch. This reboot was to be nothing different; a major difference is the integration of more uses of CGI imagery. Sailor Moon’s first transformation of the new series was a piece of beauty, her “Moon Prism Power Make Up” battle cry was as effective and gave the same goose bumps as it always has. One major aspect of the transformation, for me anyway, was to see if those infamous skirts could get any shorter. *Spoiler* They can and did somehow become shorter… magically.

Sailor Moon, particularly in the first season, has an iconic yet murky storyline, whereas this series being a reboot of the manga would have a clearer storyline and going by the first episode there was a clear motive for the villains and learning curve for the heroines about the motive. An aspect that I really enjoyed just about this first episode was the relationship between Usagi and Mamoru – there is the first moment where they meet outside the jewellery store and Mamoru insults Usagi’s intelligence and hair style, which is the exact same as original series, but in this case when their eyes meet there is a pause where the viewer is given a glimpse and hint to their relationship while also being a wee bit creepy. I have to ask though same as Usagi did “Who wears a tuxedo in the afternoon?” – Spoon feeding much? Also there is more depth to tuxedo mask here then there was before, particularly in the sense where he has been given more purpose than just being there to save Sailor Moon – he is searching for the silver crystal.

Needless to say it is infuriating that we will only be having two episodes a month but I look forward to seeing where they take the series and Otaku Digest will be covering the series progression.

*UPDATE* It was announced in May 2014 by Viz Media that the Sailor Moon Crystal anime would be licensed for an English language release – an interesting development for fans to see if the series is truly going to be loyal to the manga and story.

0
0   0
previous At A Glance: Shovel Knight
next 'Doctor Who' Season 8 Trailer