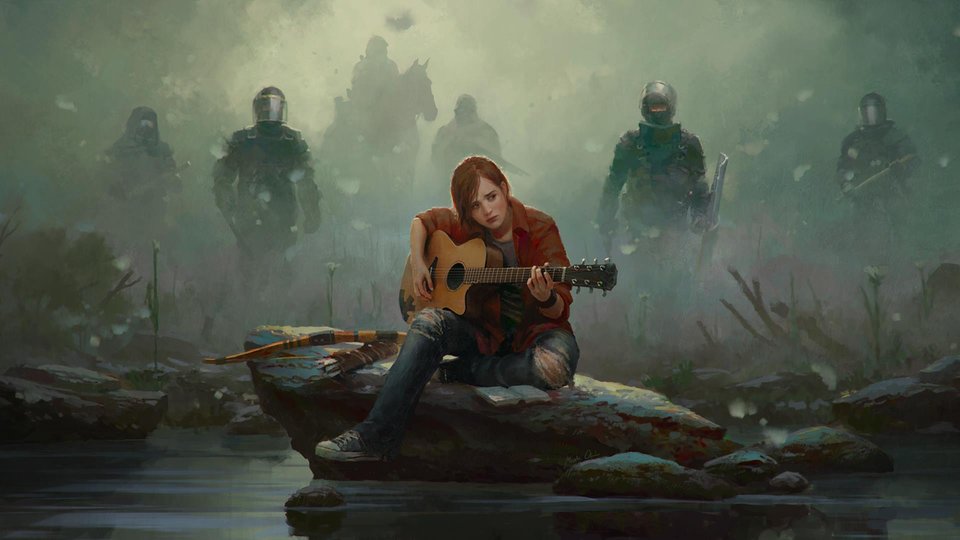 Naughty Dog held a very special one-off performance to celebrate The Last of Us last night called The Last of Us: One Night Live. The performance saw the cast, including Troy Baker and Ashley Johnson, take the stage to re-enact several key scenes from the game’s narrative, as well as excerpts from the soundtrack performed by composer Gustavo Santaolalla, curated by creative director Neil Druckmann. Though the performance is spectacular (full footage below) perhaps most interestingly, there was an epilogue cut from the game’s ending acted out as an extra treat for those attending.

Coming from Polygon, who got their report from NeoGAF, the scene opens with Joel and Ellie sitting at the dam where Joel’s brother Tommy had invited them to stay during the game. Joel explains to Ellie that Tommy wants him to tie the knot with a woman named Esther, but Ellie seems distant. Joel then plays her a song on the guitar that ‘clearly expresses how much she means to him’, and she warms to him after he tells her a corny joke, similar to what she would say in-game. Ellie then gets handed the guitar, with Joel promising to teach her how to play before leaving the room, and the scene ends.
According to Druckmann on the night, the scene was originally part of the script, but didn’t quite fit with the tone of the ending so was put to the cutting room floor instead. And these reports are all we’ll have to go on as Naughty Dog have vowed never to release the scene publicly, omitting it from the official released recording.
The Last of Us Remastered is released 30th July for PS4.

Anthony McGlynn
tags: last of us Naughty Dog Neil Druckmann one night only
0