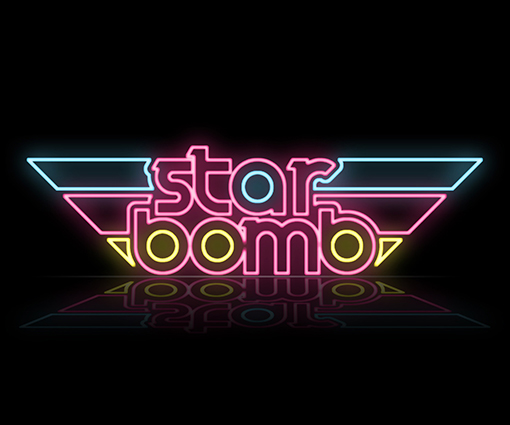 This is actually my third draft of a Music Monday for the site so far. Initially I thought “The weather’s lovely, let’s do a list of summery punk tunes”, then Naomi went and did just that. So I thought “Okay, I’ll do a list of all the new metal I’ve discovered over the past year” then Anto went and bloody did that too. So I went back to the drawing board and decided to do a list of geeky songs which will hopefully get you right in the mood for ArcadeCon this weekend.

Considering that my diet for the weekend will be comprised almost entirely of pizza, and that the theme of this year’s event is space, this was a very obvious choice: a music video where they send pizza into space. The title song off of one of 2013’s best albums, Anamanaguchi shows why they’re rightfully at the top of the chiptune scene just now. It’s a marked change from their earlier punk-inspired stuff, but the song lands somewhere between being incredibly soothing and making me want to dance. I’m still bitter that I fell ill and missed their Glasgow show (it was in February and I’m still not over it) but at least I’ll always have the album and this song itself.

I Fight Dragons – The Geeks Will Inherit the Earth

Another chiptune/rock fusion band, I Fight Dragons goes a more traditional route as opposed to Anamanaguchi’s instrumental bent, resulting in some deliciously poppy songs celebrating geek culture. This is one such song, containing an extremely positive message which speaks to all geeks – no doubt everyone has felt attacked for being a nerd at some point, whether from family disapproving of your hobbies or people outright bullying you – I know I certainly have been. But this song is a great reminder that yes, we are one of the biggest subcultures out there, you’re not alone and we are absolutely inheriting the Earth.

Somehow, I managed to entirely skip the anime phase that most people have in their teenage years. Maybe I was just had no interest in Death Note, Naruto or any of the usual gateway anime, maybe I was just more interested in playing games, I dunno. But I only began watching anime within the last year, once I’d figured out what kind of stuff I liked – complex narratives, dark stories and unique characters. So I fell in love with stuff like Ghost in the Shell and Madoka Magica. Then I was shown K-On!, which is the antithesis of every other anime I watched. But I loved it despite myself and the music was a big part of that. “Don’t Say Lazy” is my favourite song from the show, just edging out “No Thank You” and “Fuwa Fuwa Time”. I might be late to the party, but now I’m here, at least the party has great tunes.

I’ve been playing League of Legends for about a year and a half now, and already I feel like it’s taken about five years off my total lifespan, but I love it regardless. And with Riot Games once again having a presence at ArcadeCon (and Missyeru, possibly the world’s best Vi cosplayer), it felt right to include this. Vi is one of my favourite characters (can’t play her worth a damn, but her design and character is awesome), and this song holds special meaning to me personally since it was the first login screen I ever saw in League. The aggressiveness of the song suits Vi perfectly, and a brilliant vocal performance by Nicki Taylor (who was 17 at the time) helps a lot. “Get Jinxed” might have the awesome CGI music video, but “Here Comes Vi” will always resonate with me much more.

Jet Set Radio – You’re (Not) Invited to the Party

Is this a little too self-congratulatory? Ah, whatever, I don’t care. It’s a song about ArcadeCon itself, how could I not include it? If you saw JSR’s awesome set last year, you’ll know they can set a party mood like no-one else and they’re just going from strength to strength these days. Personally, their acoustic set is going to be one of the highlights of the weekend for me and you’d be a fool to miss it. In the meantime, get this down your earholes and bask in the glorious summer weather that stupidly catchy tunes like this were made for.

This song, without question, is a big part of why Portal was so well-received. It wasn’t enough for Valve to make a game with an extremely unique, well-realized gimmicks, they told one of the simplest but most well-executed stories in gaming, and “Still Alive” brings the characters’ stories to a great conclusion, giving both the player and the malevolent AI GLaDOS closure. The song itself is great, with smart lyrics and upbeat music penned by nerd troubadour Jonathan Coulton. “Still Alive” stays in the memory of anyone who completed Portal with good reason, and that earns it a spot on the list.

Despite being extremely NSFW, this is a very entertaining song by Starbomb, the collaboration between Ninja Brian and Danny “Sexbang” Avidan of Ninja Sex Party and Egoraptor, Flash animator and Danny’s co-star on the Let’s Play channel Game Grumps. The lyrics are funny as all hell and loaded with double-entendres (and just plain entendres), the music is 80s synth cheese that fits the band well, Egoraptor proves a very capable rapper and Danny provides some damn good vocal melodies. And I’m all for any song that makes Luigi look like the better sibling (what can I say, I sympathize with being a tall, skinny coward).