Finally, at the Warner Bros. panel at SDCC, Gal Godot’s Wonder Woman get-up  for Batman V Superman: Dawn of Justice was revealed to the masses, and it looks a little something like this: 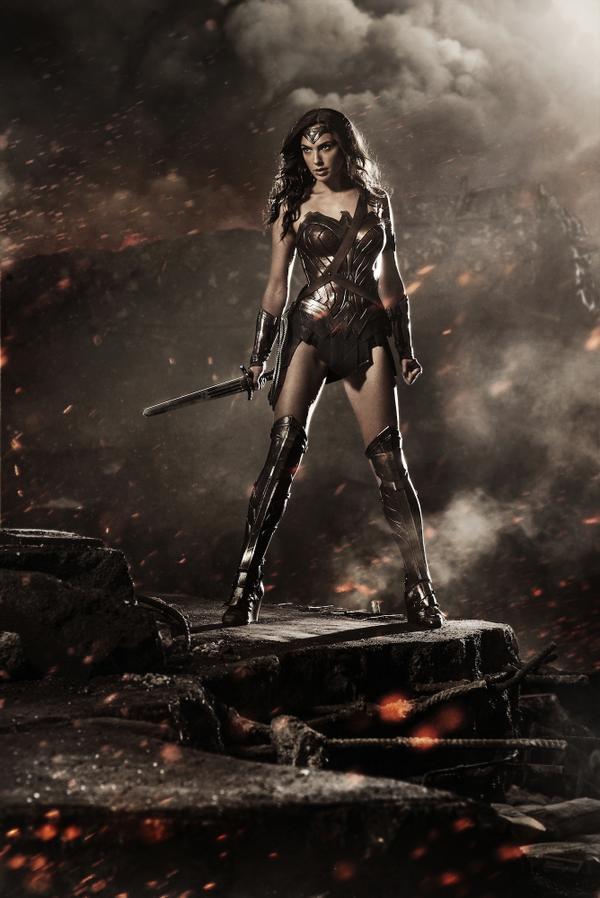 Got to say, she looks the part. I mean, we’ll only truly know how good she is with some footage of her in action, but at least the costume and overall image is (mostly) good to go. But it looks like we’ll be waiting until closer to the 2016 release date for that much!