Another year, another Call of Duty, another Call of Duty collector’s edition. Activision have revealed the two options that are available for people who want more than just the game upon release. Inspired by the game’s Atlas Corporation, the two editions are called Atlas Pro Edition and Atlas Limited Edition, with Atlas Digital Pro Edition to be unveiled a bit closer to release. All editions will include the Atlas Gorge multiplayer map and the Atlas Digital Content Pack which contains the Bal-27 AE Assault Rifle and Atlas 45 AE Pistol, an Atlas Exoskeleton, helmet, player card, five bonus supply drops and a token to give you an extra Exo upgrade in the single-player campaign.

The physical editions will come with the usual collector’s goodies; an Advanced Soldier Manual containing original concept art alongside historical and tactical information, a steelbook and the game soundtrack, however the Atlas Limited Edition will not come with the DLC Season Pass. 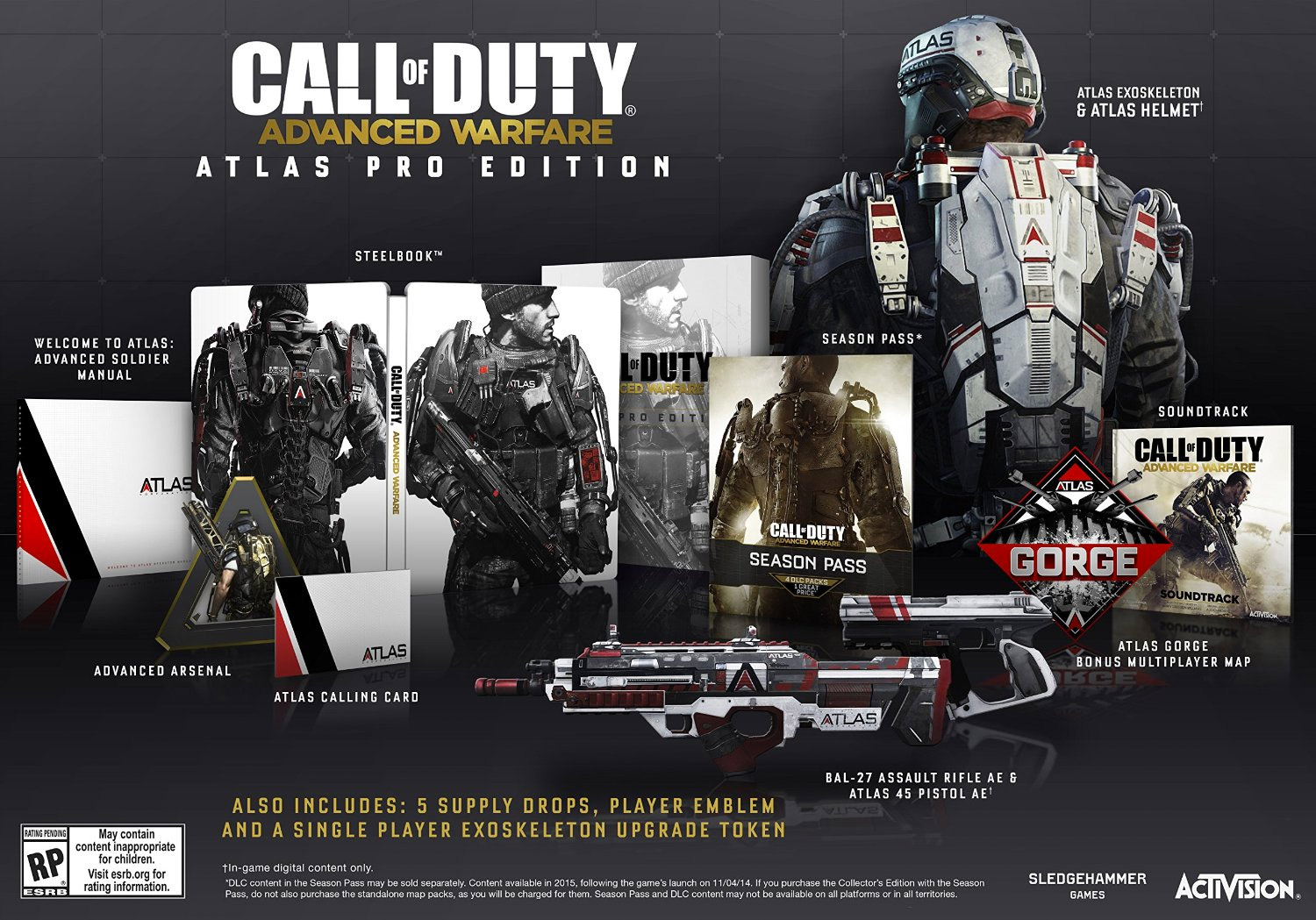