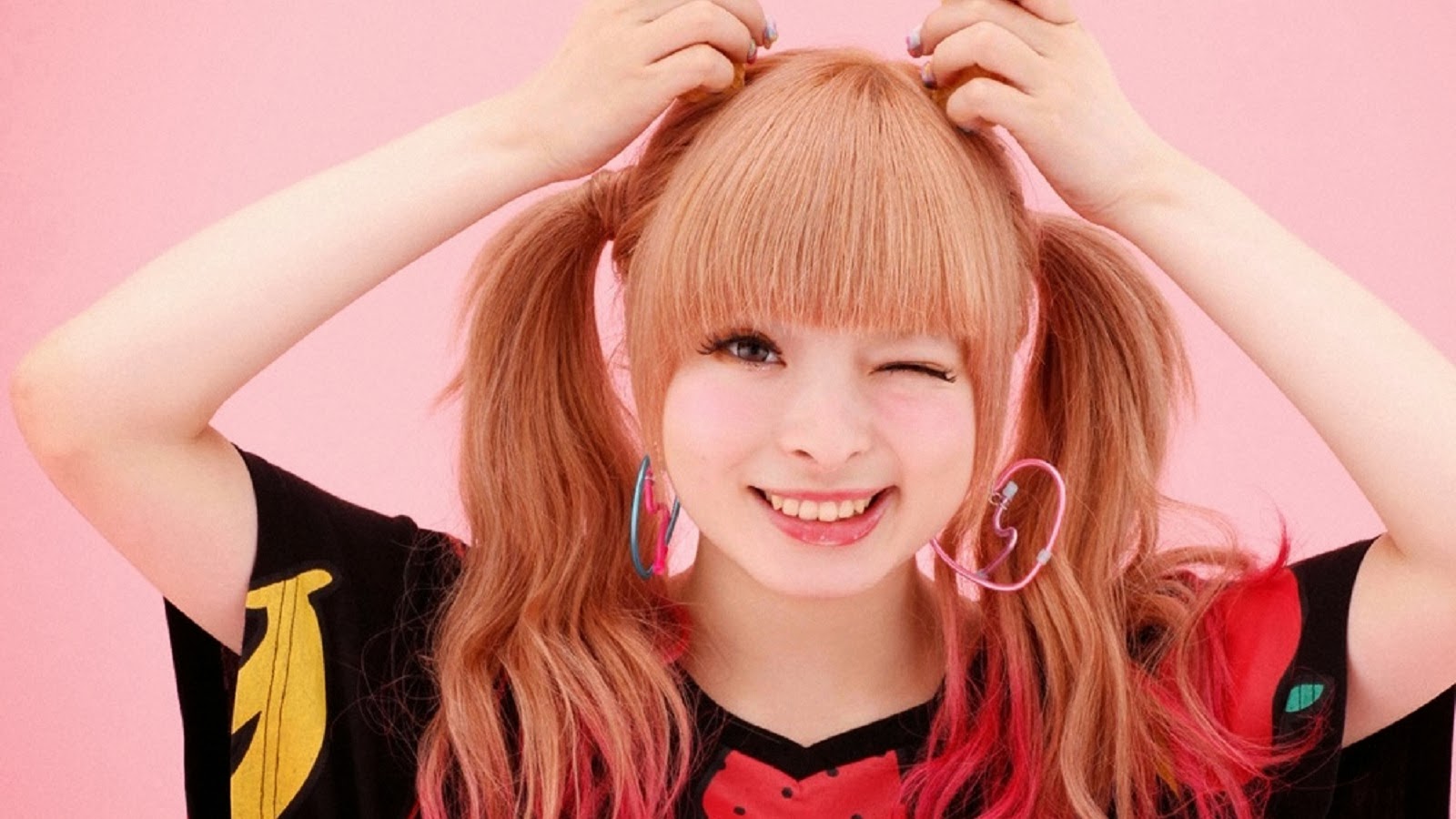 It’s a surreal moment. On a balmy April evening, the streets of London’s Shepherd’s Bush are overrun with scene kids, gothy teens, puzzled parents and kawaii queens. To describe the audience in attendance for tonight’s show at the O2 Empire as a “mixed bag” feels like the understatement of the century. Imagine a limited edition range of neon Licorice Allsorts and you’re not too far off the colour scheme of the queue; black skinny jeans, chains and swept fringes line up alongside pink, pig-tailed lolita fashionistas, cosplay crusaders and even some Pokémon trainers. Touts have long-since given up trying to profile passers by and are slinging their wares wildly at anyone who happens to make eye contact with them. They’ve discovered that tonight’s event has no uniform.
Things inside the venue are no less chaotic; dancers are roaming the halls, clouds of hairspray billowing through the swinging doors of their dressing rooms as they come and go, journalists and roadies cross paths awkwardly on the spiral staircase, the hum of the madding crowd can be heard growing with every second and J-Pop superstar Kyary Pamyu Pamyu has just told me that she doesn’t know where Ireland is. Her interpreter helpfully draws her a map and upon momentary inspection Kyary smiles a small, polite smile and says, “It’s so close! I’d like to go someday”.
It’s a surreal moment.

I shouldn’t be surprised. As any fan will know, everything about Kyary Pamyu Pamyu is surreal. Her journey from an 18 year old fashion blogger to a 21 year old global pop sensation is the stuff dreams are made of and her music, and videos, share a similar disconnect, and disregard, for reality. While domestic success is one thing, and she certainly has had her fair share of that, it’s worth pointing out that even though her music isn’t officially distributed this side of the atlantic and Kyary herself doesn’t speak English, she’s about to perform to over 2000 English fans at a sold out venue in London for the second time in as many years. From her wild imagination to her widespread appeal, not much about Kyary Pamyu Pamyu makes very much sense at all and if you were to ask the Licorice Allsorts lining up outside since 11 O’Clock, they’d tell you that it doesn’t need to.
“I’m having a great time”, Kyary says when asked about her latest tour, “half the tour is over, we’re going back to Asia next. The [European] fans are very energized and excited. They react a lot more so it’s very different from Japan. I’ve really enjoyed it”.
It’s difficult to imagine anyone not reacting in some shape or form to Kyary Pamyu Pamyu. Her music is usually saccharine to the point of tooth decay, her videos are aggressively absurd, and her iconic kawaii fashion matches her iconic kawaii voice perfectly enough to repel anyone who doesn’t find that whole thing charming on some level. When you’ve built a career on looking, behaving and sounding as cute as possible, launching your second album on the back of a lead single with growling dubstep bass, thumping kicks and splat snares is a tremendously risky move. With Invader Invader, Japan’s Ambassador for adorable did just that and it’s a move that seems to have paid off.

“When I’m playing live, that’s when people really get excited” Kyary says with a smirk, referring to the many half time drops that break up Invader Invader‘s detuned synths and sickly sweet vocals. It’s worth remembering that Japan hasn’t really bought into the dubstep thing yet and Invader Invader was a bold statement in the face of a J-Pop scene that can, at times, seem perpetually stagnant and obsessed with the familiar. “In Japan we have these idol groups, lots of schoolgirl idols”, she begins, appearing to measure her words very carefully. “In western pop there are 4/4 beats, dubstep is really popular in the west right now, the two worlds are very different”.
It’s no accident that Kyary’s music is modeled closely on western pop music. She’s a very public, very vocal, fan of Katy Perry and her long term collaborator Yasutaka Nakata has been quietly influencing western pop through people like Zedd and Calvin Harris (both of whom are on record as being fans of his work) for the last decade. What is remarkable is how incredibly Japanese it all sounds despite that. “Because I’m from Japan, I want to utilize traditional Japanese instruments like the Koto, the Japanese harp, in my music to promote Japanese culture overseas. I want to bring this music to an international audience. It’s something I’ll continue to do”.

Particularly on NandaCollection, her second and most recent album, this middle ground between Asian and Western pop culture seems firmer than ever. Kyary’s unique position as a fan of contemporary american pop and an ambassador for Japanese countercultures means she brings a lot of disparate fandoms together. She’s commercial enough for the pop fans and just off kilter enough to carry a hefty dose of hipster appeal. Kyary is a bridge not just between cultures, but between subcultures too. A tall ask for someone who’s only just legally allowed to drink in the states.
NandaCollection ends its bizarre aural onslaught on a relatively soft note; a delicate disco track called Otona na Kodomo or Grown Up Child. Not present on the album is follow-up single Yumeno Hajime Ring Ring, which explores similar themes of growing up and leaving childhood behind. I couldn’t help but wonder if, despite living the pop star dream, Kyary was feeling the pressure of adulthood as much as everyone else does. “Yes, it’s something I’m thinking about a lot lately. I mean, I’m 21 now. I was much younger on the last tour”. There’s a pause and for a split second, Kyary looks tired. ” I want to progress”, she says,  “that’s very important to me”.

Kyary wears her nationality on her sleeve and at times it’s difficult to tell where the pride ends and the parody begins. The truth is that there is no line between them. Just as Lady Gaga packaged our own absurd expectations of the modern pop star and sold it back to us, Kyary is selling the image of Japan that people want to believe in, with just enough winking wit to get away with it. The truth is that the pride is in the parody. At just 21 Kyary Pamyu Pamyu is already proving herself to be one of the most interesting and subversive pop stars on the planet.
As I’m leaving, I nervously hand Kyary a CD, explaining in my best broken Japanese that it is my band and that we are big fans. She thanks me and eyes the gift excitedly before we’re ushered out of her dressing room and back out into the streets of Shepherd’s Bush. The Allsorts glance at me inquisitively and as we file into the venue, I can’t help but feel like something crazy is about to happen. Thankfully I’m right, and it isn’t long before the stage is littered with music, colour, dancing teddy bears, costume changes and strange homemade comedy sketches. I leave that night certain that I’ve experienced something genuinely special, I’m just not entirely sure what.
It’s a surreal moment. Here’s to many more.