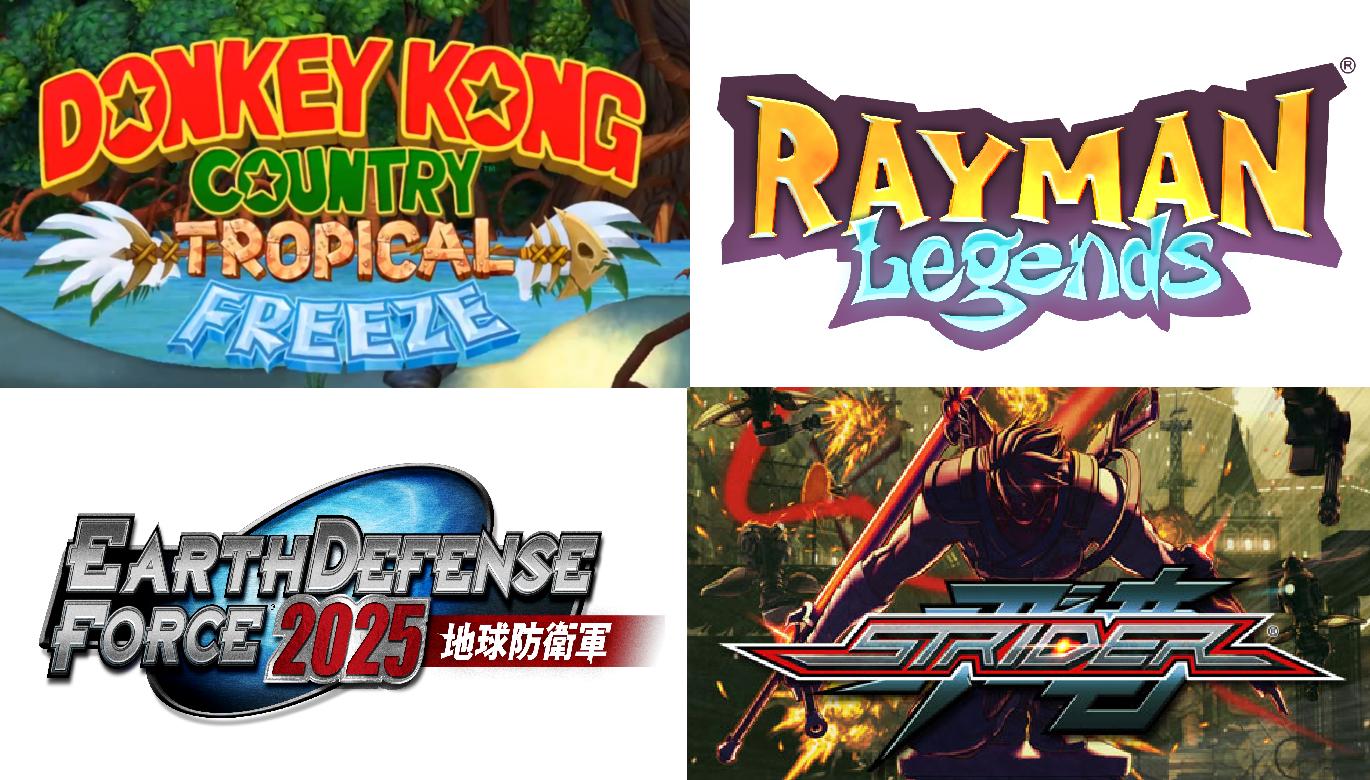 The biggest release of the week has got to be Donkey Kong Country :Tropical Freeze, the second Donkey Kong Title developed by Retro Studios and the sequel to 2010’s Donkey Kong Country:Returns. The majority of critics and fans alike have sung it’s praises, saying it’s another fantastic entry into a great series of platformers. The plot of this one is pretty basic, as they always are; basically a group of Arctic Vikings made up of penguins and seals have come to steal all of Donkeys Bananas, and it’s up to you and the rest of the Kongs to get them back. The game mixes up the formula of the typical Donkey Kong Country formula by adding two new characters into the Mix, Dixie Kong and Cranky Kong. Dixie’s pony tail can allow you to double jump and glide, While Cranky on the other hand uses his Cane as a Pogo stick to traverse spikes or other dangerous areas. The game also features new “dynamic camera angles” that change the game play up from time to time. The music this time around is highly improved as one of the original composers for the Donkey Kong Country, David Wise has returned, and it certainly shows.

Donkey Kong Country: Tropical Freeze certainly seem like more of the same, but really that isn’t a problem. I myself am just happy that DK is still able to be in such high quality titles, and this series certainly does live up to the classics on the SNES. If you were a fan of Donkey Kong Country: Returns on the Wii, well then you will probably love this, also it’s a game for the Wii U, which doesn’t happen a whole lot.

The other big release of this week would have to be the reboot of Strider from Double Helix for PS4, Xbox One, Xbox 360 , PS3 and PC. If you are not familiar with the Strider franchise, it was an arcade action title from the 90’s.

Now Double Helix, the same developer who brought us the reboot of Killer Instinct for Xbox One, has brought us yet another reboot, and they seem to be making quite the name for themselves now. Strider plays quite like a Metroid-Vania, in that you will need certain ablitlies that are unlocked throughout the game to progress through certain areas. Backtracking and exploration is obviously important, but so is the action. You play as Strider Hiryu, you kill soldiers and bosses in order to unlock new abilities and to progress through the cheesy, wacky 90’s cartoon show plot. The combat is quick and satisfying, which is exactly what you need in a good Metroid-Vania.

The other big releases of the week are Earth Defense Force 2025 and the HD port of Rayman Legends for PS4 and Xbox One. Earth Defense Force is a game in which you play as a number of soldiers to combat the invasion of Japan from giant killer metalic ants and aliens, needless to say, it’s pretty silly. The game suffers from some pretty bad lag in battles of numerous enemies and does look quite dated but if you can get past that, you will find a cheesy over the top adventure about shooting giant man eating ants in Japan and really who doesn’t want that?.

The other release is a HD port of Rayman Legends to the newest systems. Really if you didn’t get Rayman Legends already, then what the hell are you doing with your life?. It’s one of the best platformers in the last 2 years, possibly ever. Get it now!