Home Featured Review: The Last of Us: Left Behind

Review: The Last of Us: Left Behind

Review: The Last of Us: Left Behind 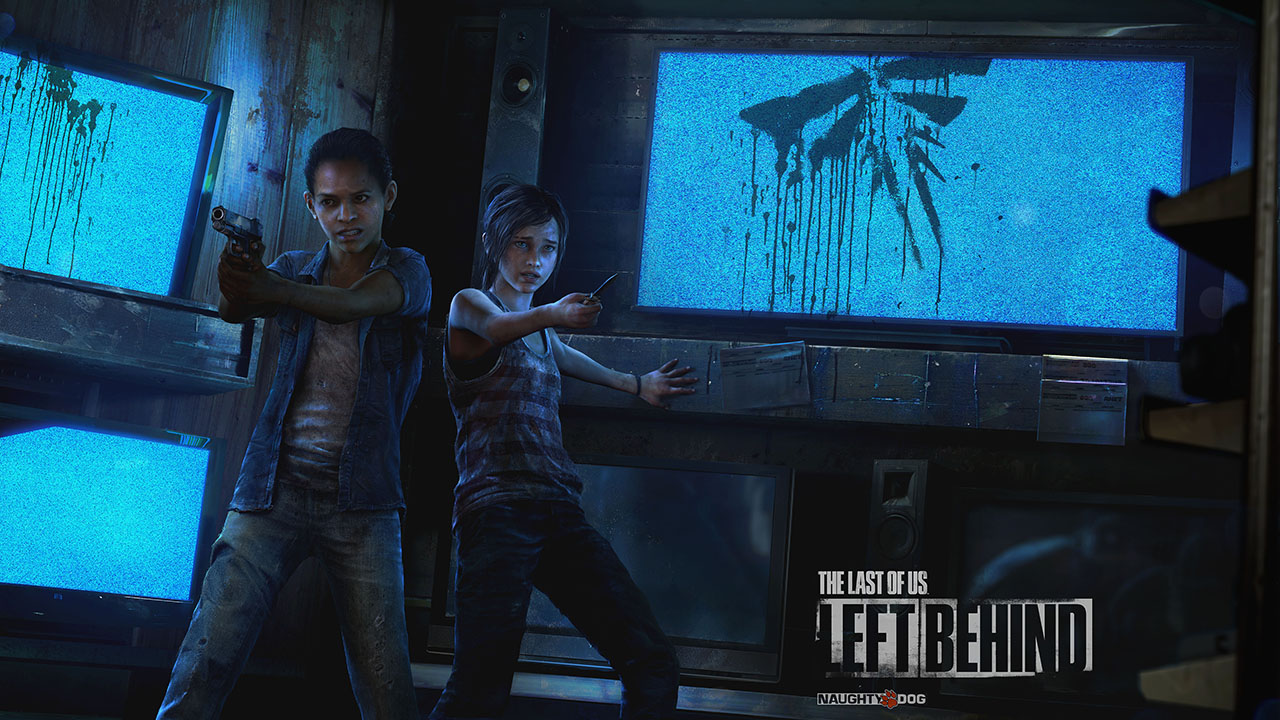 Left Behind has a lot to live up to. TLOU was a narrative powerhouse and packing the same kind of punch into a 2 hour DLC campaign was never going to be easy. Add to that the fact that anyone opting into Left Behind pretty much already knows how it ends and it might start to look even more like a misstep. Ellie explicitly told us what happened to her best friend Riley as the main campaign drew to a close so why tell that story? What ground could there possibly be left to cover?

Not much, as it turns out, but thankfully that’s not the point. 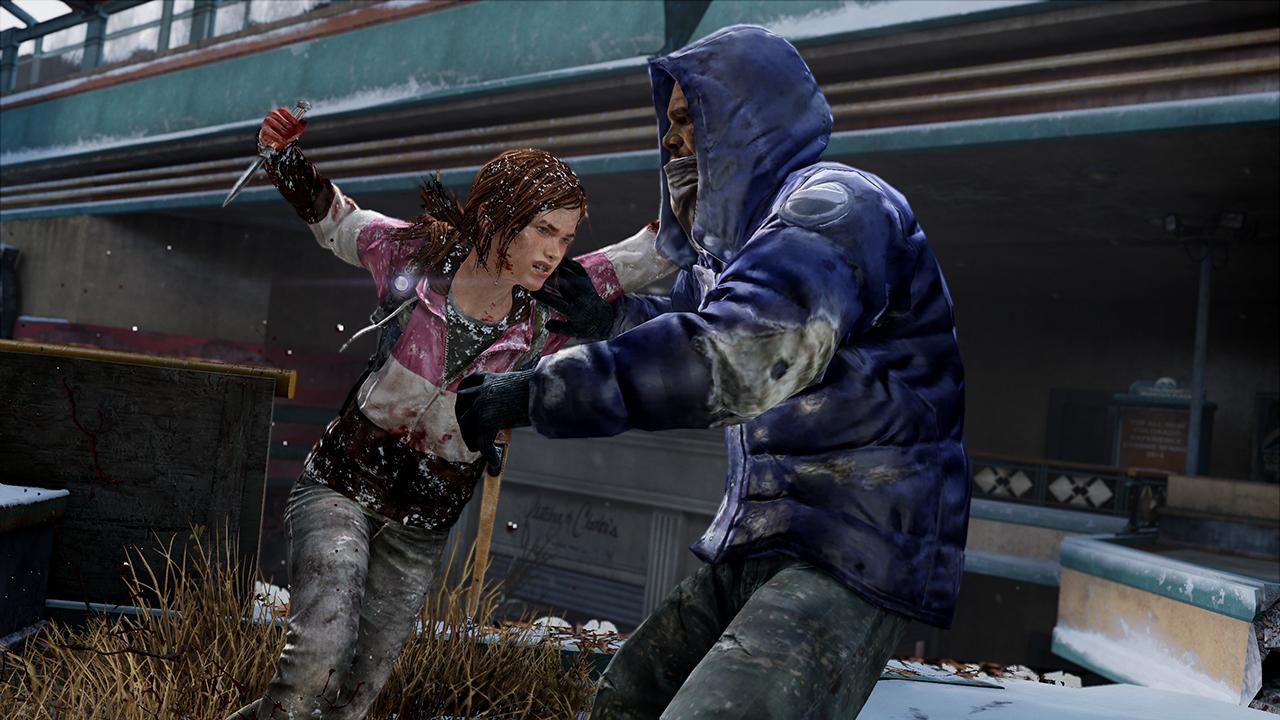 Ellie and Riley’s story is told through a present day framework and ostensibly takes place during the main campaign of TLOU. Joel is wounded and Ellie has to scavenge for items and medicine to help him, all the while fighting off human hunters and formerly-human hoards of infected. These sections play similarly to TLOU and most fans will probably be happy to hear that. The only major difference I noticed was that now, by cleverly using certain items, you can set groups of infected and groups of hunters on one another and watch from the shadows as they thin each other out. There was a certain sick satisfaction to it and it took me a while to realize that it wasn’t something I could have done before. It’s a nice touch and a natural improvement to a combat system that was already pretty damn solid.

The present day sequences are broken up by – what appear to be – memories of a fateful day many years ago when Ellie’s estranged friend Riley finally reappeared after a long, mysterious absence. Riley is now a Firefly; an enemy of the state, the same state who happen to fund the military school Ellie is currently attending and whatever animosity exists between them eventually falls away as Riley convinces Ellie to break curfew and do a little playful exploring. 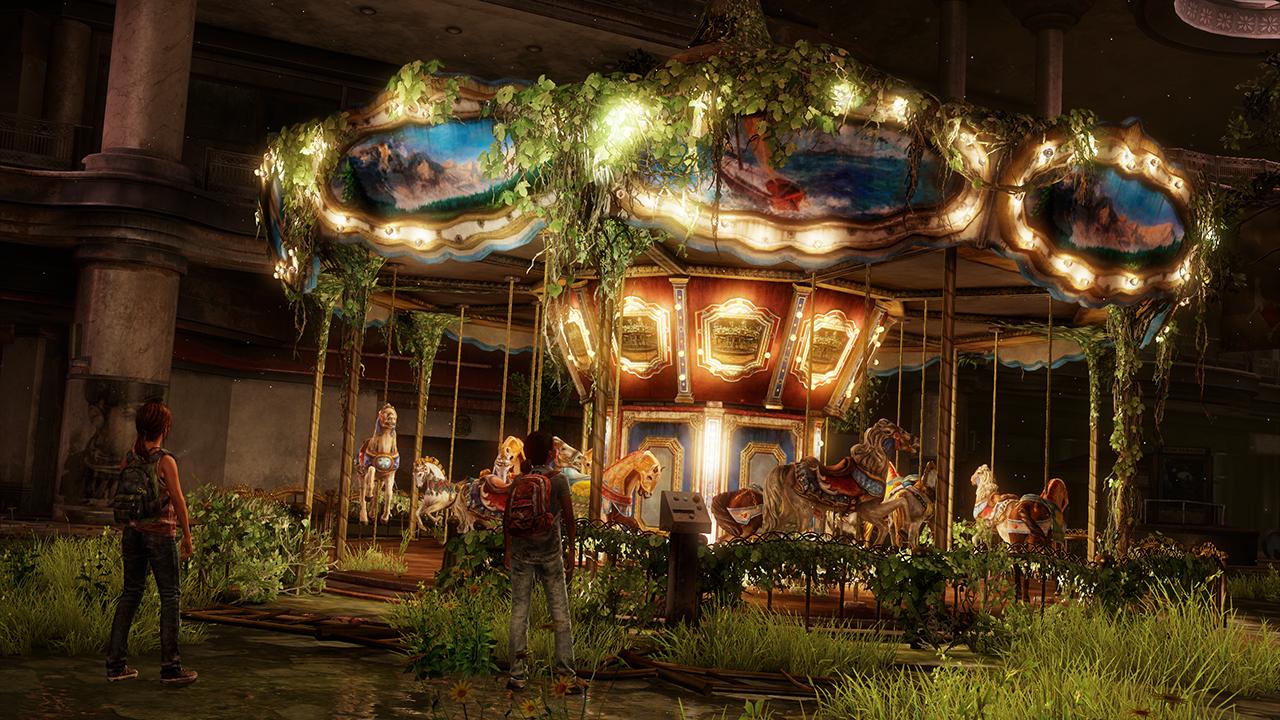 ‘Playful’ is an important word there. Where the present day sequences play like its predecessor, Left Behind takes every opportunity to surprise you elsewhere. Don’t expect any combat with Riley around, not in the conventional sense anyway. What you can expect, and I’m hesitant to spoil any of it, is a string of strange, beautiful moments unlike anything you’ve ever played before. Ellie and Riley’s day out is all about fun and relishes in reminding you what a precious commodity that ‘fun’ really is.

Contrast is the key to understanding why Left Behind is worth your time. As Ellie and Riley rekindle their friendship in an abandoned shopping mall, present day Ellie is also in an abandoned mall; doing everything she can to rescue to Joel. While she recalls how Riley came back into her life back then, she is struggling to keep Joel a part of her life now. The flashback sequences offer much needed respite from a world that, as I’ve written before, revels in it’s relentless misery. 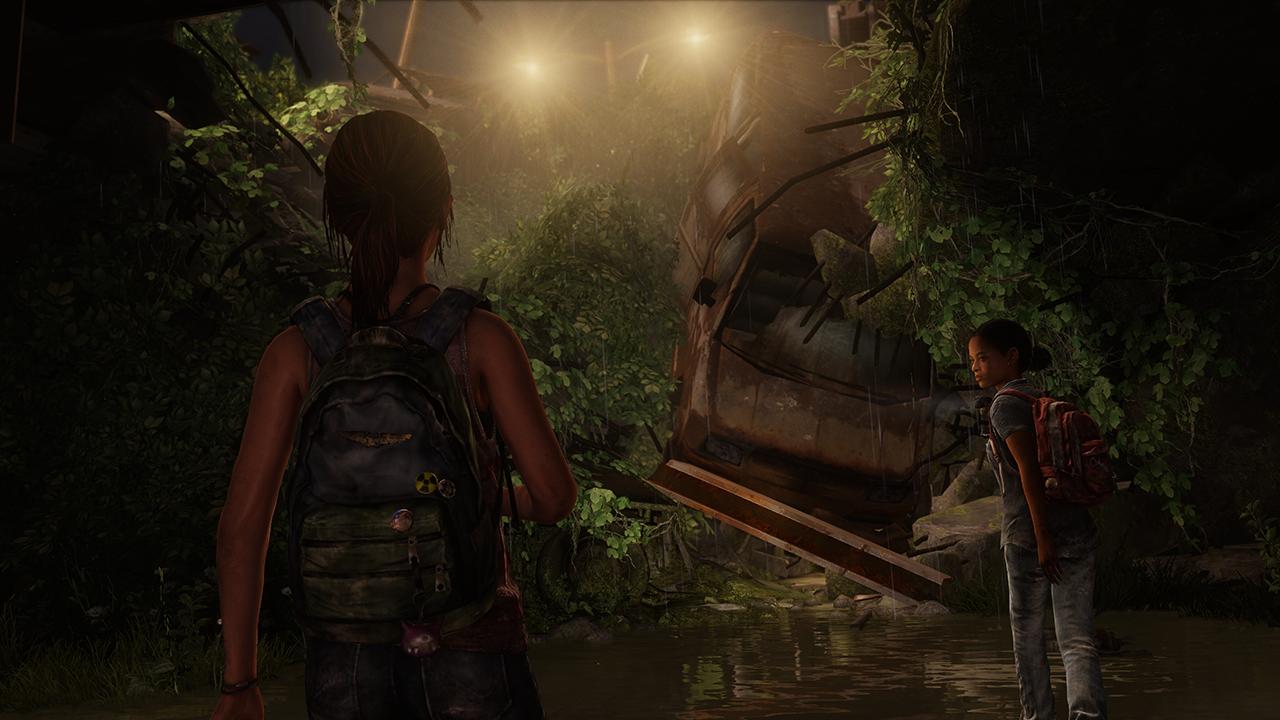 It feels strange to be so invested in a story when you already know the ending but Left Behind hooked me from beginning to end. As I got to know Riley, as she and Ellie got to have water fights, try on halloween masks and just be the kids that you so often forget that they are, I couldn’t help but hope that somehow things could work out differently. As the hardened survivor fought to save the only friend she had left in the world, the memory of Riley and the tragedy of that fateful day didn’t feel like a memory; it felt close. It felt oppressive. Ellie’s stoic determination to rescue Joel felt more understandable than ever.

Left Behind probably won’t tell you anything you hadn’t already assumed in terms of plot. What it will do, is further develop one of the best, most fully realized characters this medium has ever seen and give you a crucial new perspective on the events that came before. Only time will tell if Naughty Dog will choose to expand further on TLOU universe but based on the quality of Left Behind, it seems like there are plenty more stories to tell.

Andy Kavanagh
tags: Left Behind naught dog The Last of Us tlou
0