At a Glance: Titanfall Beta

At a Glance: Titanfall Beta 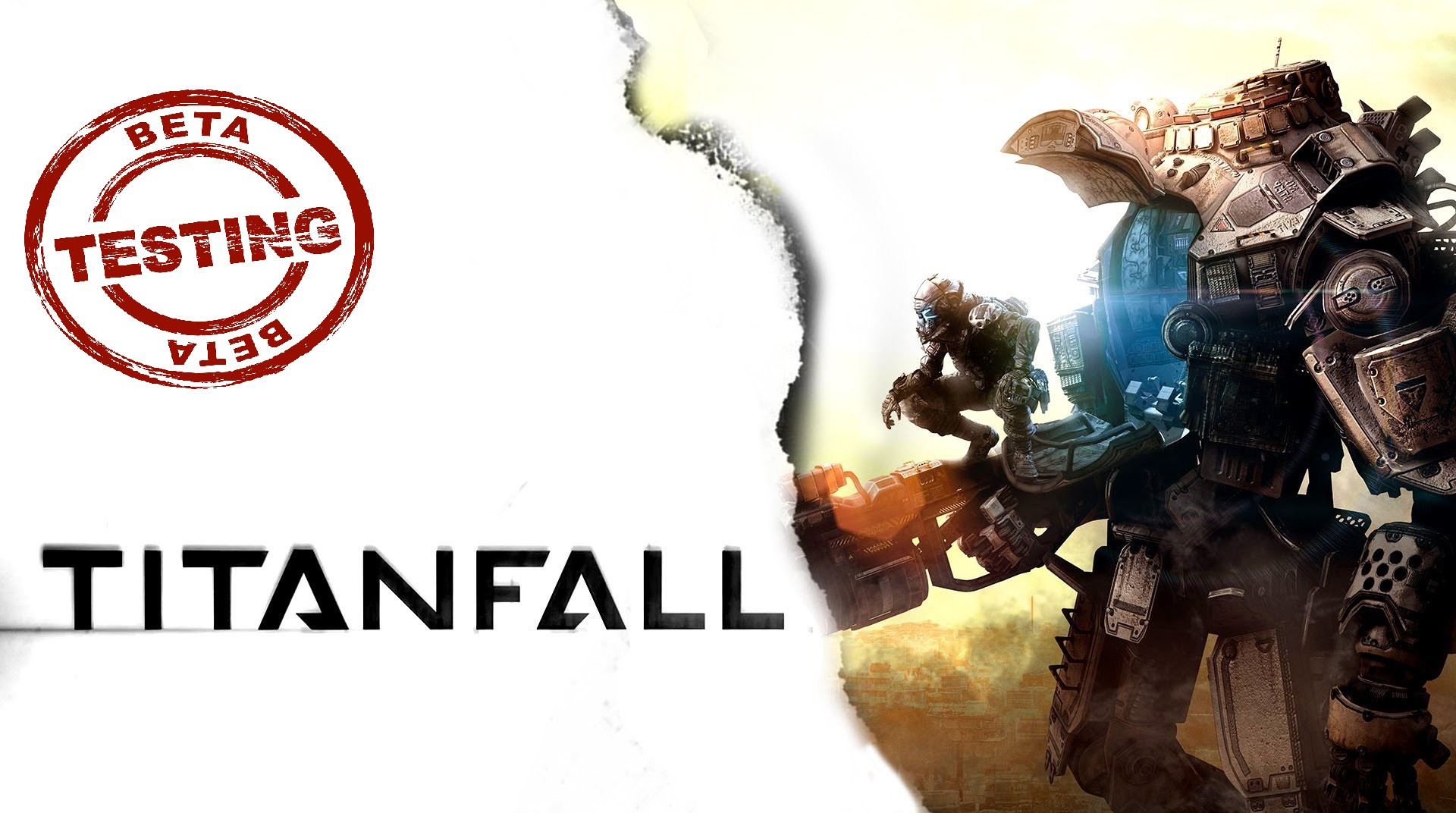 Welcome to “At a Glance”, where first impressions of a title mean everything! Today things are a little different as we are looking at a game currently in development via an open Beta. All criticism is not final or towards the final product, just from the Beta. So without delay, ladies, gentlemen and lumbering humanoid mechs, I present to you; Titanfall Beta.

It’s no secret that shooters have become one of the biggest genres in gaming, if not the biggest. With this comes fatigue after numerous installments of the same series, namely Call of Duty. While there are still series’ like Bioshock and Far Cry trying new and interesting things with the genre, its plain as day that Call of Duty has fallen in terms of quality, especially after the downright broken Ghosts. Now why am I going on about COD you may ask? Well, because the game I am here to talk about today is developed by Respawn Entertainment, a group of ex Infinity Ward developers, who had previously worked on the Call of Duty franchise. This is their first title as the newly formed Respawn, and it just so happens to be a military shooter, but with some twists. Game changing twists.

In terms of plot, there isn’t any. That’s to be expected of course, this is a Beta we are talking about. The game is meant to feature no actual single player campaign though, which in this day and age is certainly an uncommon practice but is, in my opinion, a fantastic move. I would rather a development team spend time perfecting the online experience entirely rather than taking development time and money away to make a half-assed campaign that some players don’t even bother with. There will be a story element to the online though and while we do not know exact specifics I can already see parts of it in the Beta. For example, in the tutorial you’re trained in a simulation made by some corporation whose name keeps coming up in everything from guns to the mechs themselves.

If there’s one word I could use to describe how Titanfall plays it would be ‘fluid’. Everything in a match comes together to make this amazing experience that just clicks in all the right ways. The Beta showed off 3 different game modes; attrition, hardpoint and last titan standing. Hardpoint is basically domination, Last Titan Standing spawns everyone in a Titan and the player with the most alive by the end of the match wins and Attrition is the main game mode most people will be playing. In Attrition every kill you achieve earns your team points as well as your Titan Build Time. The more kills you get the quicker your Titan is built . The usual list of guns are included; SMG’s, Carbines, Sniper Rifles and Shotguns but there is also one new interesting little gun known as the smart pistol. This is a pistol with the ability to lock onto multiple targets and shoot each at once. While this may sound over powered, it’s fairly weak and does take some effort to aim shots. Different abilities are also available such as quicker wall running and cloaking. The cloak ability allows you to turn invisible for a short amount of time, but you can still be locked onto via the smart pistol. The solider gameplay certainly feels a lot faster then most shooters on the market and feels reminiscent of classics like Unreal Tournament or Quake. The addition of free running onto walls is expertly perfected, allowing you to wall run for great distances to build up speed you need for a kill. This gives a normal solider a fighting chance against the main draw of the game; the Titans.

The titans are obviously the main draw here and it’s very clear why.  After playing as a titan I can say that all my fears were calmed; playing as a giant robot has never been this easy. Sure, games like Hawken have tried in the past, but never has it been as slick as run up to it, press E and you are inside a robot. I was actually quite surprised that, although the Titans are powerful, they are quite easy to kill. A solider is able to jump onto a Titan, pry open its core and shoot it until the Titan explodes. You do have ways to combat this though with things like electric smoke that take care of soliders hanging onto you. The titans have a dash ability that adds an unexpected level of mobility to the hulking beasts as you can dash forwards, backwards and sideways but each Titan only has 2 charges which take time to replenish, so you cannot dash everywhere. Each Titan has different abilities that include a nuclear blast radius (handy if you being gunned down from all sides) and a vortex shield (which allows you to create a shield to deflect bullets back at enemies). The Titans completely change how the game plays as it’s a drastic increase in power from the solider.

There are some other new additions that are worth mentioning, first of which is the addition of AI grunts. Match’s are 6 on 6, unlike the usual 24 in Battlefield or Call of Duty with 8-12, but Respawn has added AI controlled grunts to allow the illusion of more players. Many people were upset by the number of players going down, but really, I was glad of it. The smaller the number the more minute-to-minute gameplay can happen. Also,in a match of 24, I can imagine the Titan count becoming very messy. These grunts are worth points and the more you kill the faster your Titan is built. Just think of them like creeps in a MOBA. The other new addition is the Burn Cards. Burn Cards are basically one time buffs in battle that you pick before you start a match. These cards will only affect you until you die so they are temporary, depending on how long you can survive. The buffs include things like time off your Titan build or better mobility and speed.

The world of Titanfall is amazing, particularly in how its art design functions with level design. Respawn has clearly spent years fine tuning each map and its layout as it all feels perfectly designed to allow a Titan to move through it with ease, yet at the same time give the solider spaces to jump between and shoot. Each window or crack has been perfectly sewn into the level to allow for a fluid game play system. The maps themselves look amazing as well with a distinct militant feel to them, but with interesting locales and sci-fi elements thrown in for good measure. The soundtrack on the other hand is really just your typical selection of military shooter tracks.

Really the Titanfall Beta seems a lot more like a demo. Everything is just so well polished. From its fluid game mechanics to its expertly formed level design, the game is just too much fun to play. Its the unique twitch based gameplay of the soldier and the vastly different Mech gameplay that give the matches such a sense of unpredictability. While I feel like it may be a little too fast paced for some Call of Duty players, it is the innovative title we have been waiting for.  Just a few more game modes and some fixing up of textures and I can imagine people going crazy over Titanfall when it launches in March for Xbox One and PC.

You can visit the official site for more info:  http://www.titanfall.com/