At a Glance: Paper Sorcerer

At a Glance: Paper Sorcerer 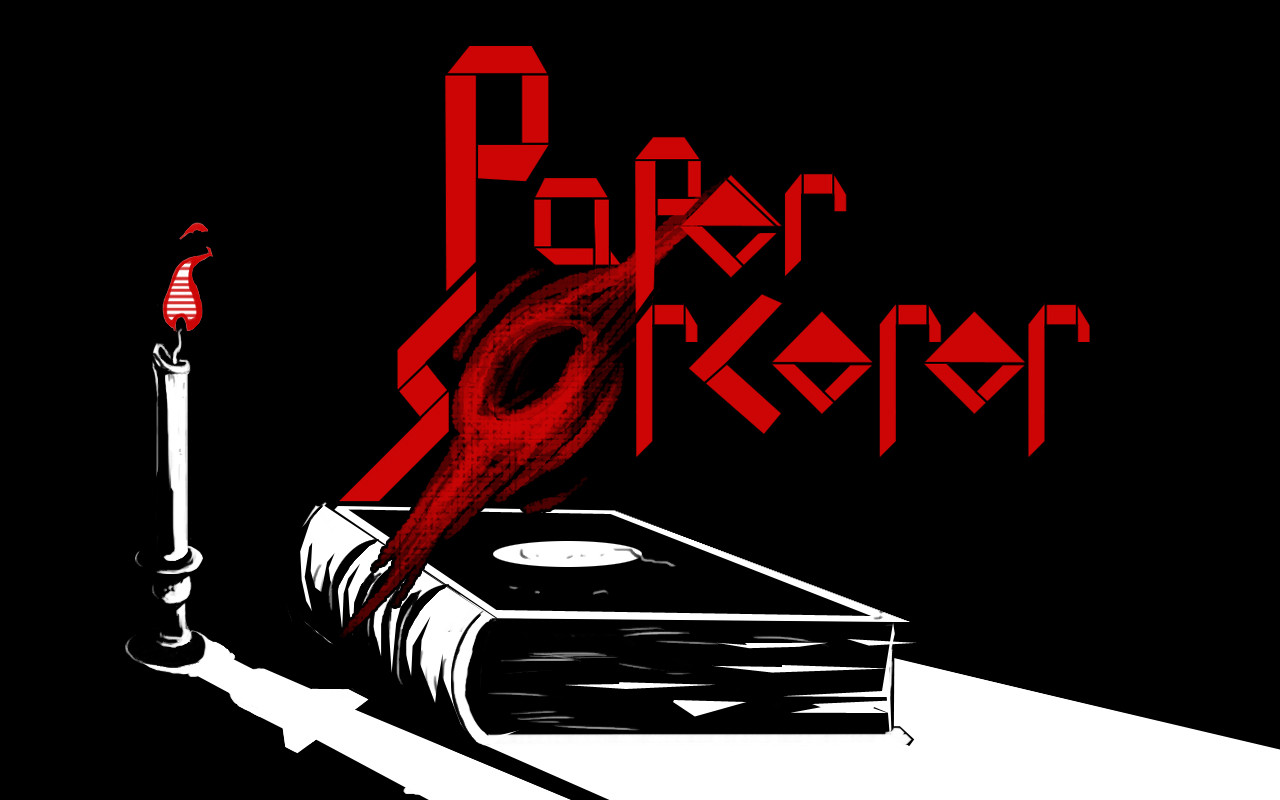 Welcome to “At a Glance”, where first impressions of a title mean everything!

Ladies, gentlemen and trapped Sorcerers, I present to you; Paper Sorcerer.

If you have not realized by now, I am a big RPG player. ARPG, JRPG, MMORPG, turned based, tactics or creature collecting, I am a big fan of the genre as a whole. One type of game in the genre that hasn’t been getting a bit of a revival is the  first-person turn-based RPG. Games like Legends of Grimrock or Might and Magic X Legacy. Today’s game attempts to hark back to the good old days of Might and Magic and Realms of Arkania while still being a fresh and interesting take on the first-person turn-based RPG and adding in some role playing segments for good measure.

The story of Paper Sorcerer is definitely an interesting one. An evil sorcerer has been wreaking havoc over a kingdom for many years until one day the king sends a group of four adventurers to dispose of him. The group reach the sorcerer’s tower and trap him inside a book, never to be seen again. You wake as the sorcerer inside the book; imprisoned forever in a large tower that also doubles as the spine of the book. You break out, defeat guards and meet some peculiar characters along the way. You must now travel through the many floors of the tower, break the spines on each floor and free yourself from the book. For as simple as the plot is, its very well written and has some genuinely funny moments. Its not massively heavy on plot but it’s still nice to interact with the characters in a DND kind of fashion and its a refreshing change to play the bad guy for once. Its very interesting that the plot places you in the villain’s shoes.

The gameplay is where a lot of the meat is as you will be spending most of your time either organizing items, exploring the tower or in battle. While the game is in most respects a very classic first-person turn-based RPG, it does add some interesting and unique ideas to the mix. The biggest has to be the way you build your team. As a sorcerer, you gain the ability to summon minions to attack for you. These minions range from a heavy hitting Werewolf to a healer/poison magic dealer witch. The large cast of minions is a really nice gameplay mechanic as every playthrough can feel different based on the group you choose to create.

This has its positives and negatives of course. Having an all damage team of werewolves and skeletons means you have no way to heal but an all magic team takes up more energy, leaving you open to attacks while you recharge. Battles on the other hand are very tactical. These enemies aren’t just your usual JRPG press B and get exp enemies. No, you need to plan out every turn to the best of your ability or you are going to die. You need to plan things like burn effects, how much defense everyone has, how much energy you are using, how many potions do I have left and so on. You are always constantly up against a large powerful team, and you cannot just power through like a Final Fantasy or a Persona. You need to know what you are doing and that is one of the most fun aspects of the game. Building your characters, equipping items, leveling them up; everything goes into being prepared for battles.

The other aspect of the gameplay lies in exploring and interacting with the floors in the towers. The game has no random encounters as enemies appear in large black clouds that you must walk into to trigger. Each floor holds secrets and items around every turn and it’s certainly worth your while to search for items. Some items can be potions and loot which can be equipped and some can be useless junk that can be sold in town, which is a settlement  made up of escaped prisoners from the tower. You can sell and buy items or rest and interact with side quests such as collecting souls scattered around the tower, all of which are accessed through a menu. There’s plenty to do, and while you never actually walk around and experience the town it still feels like the world is alive.

The visuals for Paper Sorcerer are very striking, all conveying the look of a world made up of paper. The art style adds to the feel and atmosphere of a world inside a book, using only a tanned white and shadows to convey the shapes of rooms and buildings. It’s very impressive; a very unique minimalist style which I love. Character icons are also highly detailed, each adding a great representation of the classic monsters we all know. The soundtrack for Paper Sorcerer is an absolute joy to listen to. Each track is comprised of ’80s-tastic vibes that its hard not to nod your head to. The music sets up the atmosphere for the battles perfectly with some amazing battle themes, especially the boss music. I can’t stress enough how much I love the music, it’s so catchy.

Paper Sorcerer is a pretty interesting concept on paper (hehe) but really comes alive when you start playing it. The interesting story, set up the minute you start playing, is very well told, and the more you play, the more you want to find out what happened to you. The RPG gameplay is deep enough for you to spend hundred of hours traveling through the many levels of the tower and it never feels like the usual chore of grinding to get power in most RPG’s. The system of clearing floors becomes addictive like in any game in the genre and the unique visuals and kick ass soundtrack are just the icing on the cake. If you’re a fan of classic first-person turn-based RPG’s then you owe it to yourself to pick up Paper Sorcerer. Believe me; don’t judge this book by its cover.

You can purchase it from the official site: http://www.ultrarunaway.com/