If only things went that smoothly eh? Yes folks its been a hell of a few years,and with these large blocks of plastic we have experienced some titles that gamers in the SNES and Sega Master-system days could have only dreamed of. We’ve been to amazing worlds, experienced the creation of whole new genres and the emergence of full huge engaging stories, featuring writing so good Hollywood should be afraid and with all these wonderful titles, each of us have been tasked the hard choice of our Top 5 games of Generation 7.

Now before I go on I would just like to specify that this list is not my list of the best but my own personal favorites. I haven’t been the best gamer of the past years, missing out on quite a lot I should have played but this list isn’t about the best or most game changing titles, it’s about what I played and what I loved. Now without delay, lets get this train wreck a rolling!

Mainstream is a word hated by many Gamers,and its a word that seems to have lost all meaning along with “Epic” and “Awesome”.Mincraft is one of those games that get very popular,very quickly,leading to everyone and their mother playing it.The youtube gaming scene was changed dramatically,giving wholes hosts to popular channels like the Yogcast or Seananners.

Minecraft doesn’t have some grand story to tell or even an ending(well it does but we try to forget about it), it was a game that became popular due to one thing: Imagination.

Never before have gamers been given such a blank canvas to do whatever they want with. No objectives, no skill trees, no DLC, just a world to do what you want. Now I am not going to say Minecraft changed gaming or revolutionised open world games but for me it was a world where I could do anything, on my own or with a couple of friends and that was mind blowing, the freedom to do as we wished. The days me and my friends spent just building up a small little town, building houses, breeding animals, mining for diamonds, it was all so unbelievably addictive.

At the beginning of this generation many people chose “sides” but really all they did was pick whichever piece of plastic they liked the most. At around the age of 13, I picked the Wii.

I was primarily on Nintendo’s side at the beginning of the generation and I stayed there for quite some time. Most of my friends called me crazy as I missed out on stuff like Fallout, Halo and GTA. I was left to everything the Wii had to offer and boy was there a lot that was charming. Out of all the obscure odd Wii games I gathered over the years, Little King’s Story was always one that I remembered.
You play Corobo,a small child who one days becomes a ruler of a kingdom. You must gather up enough forces and take over neighbouring kingdoms to become the greatest king who ever lived. The best way I could describe Little King’s Story is Pikmin meets Civilisation. You carry a group of different soldiers with you, from snipers to chiefs and proceed to defeat monsters, build up your land and take over opposing forces,by taking on each kingdoms by literally throwing your army at them. The game had a certain charm to it that just spoke to me with quirky characters, amazing music, a great sense of humour and an insane difficulty level, don’t be fooled by the look of the game, it isn’t just for kids.

Wonder is hard to convey in any medium, be it video games, comics or film. Nintendo have been creating charming titles filled with wonder and magic for quite some time now and no game from this generation shows this better than Mario Galaxy.

Mario Galaxy was a title to me that summed up why I chose the Wii, it was pure magical fun right from the start until the very end. The game just oozed charm, from the beautiful orchestrated soundtrack, to the fun power ups, to a surprisingly deep story for a Mario title(Rosalina’s book in particular).
The title had so much going for it, with the open ended levels to the tight controls and an  amazing level design. The amount of stages were staggering and all wonderfully memorable. Introductions of fan favorite power ups were included like  Bee and Ghost Mario.

The game even spawned a sequel,which added on much more new additions. Rosalina is also a big reason why I love the game so much. For once a Mario game had a female character who wasn’t being kidnapped, someone who was strong, confident and a leader.She had a beautifully told backstory in a small story book segment which was one of the high points of the title to me. She was everything Peach was not and I’m happy Nintendo haven’t forgot her.

Mario Galaxy is probably my favorite Mario game created and has just so much wonder and charm that its hard not to fall in love with it.

The Walking Dead Season One 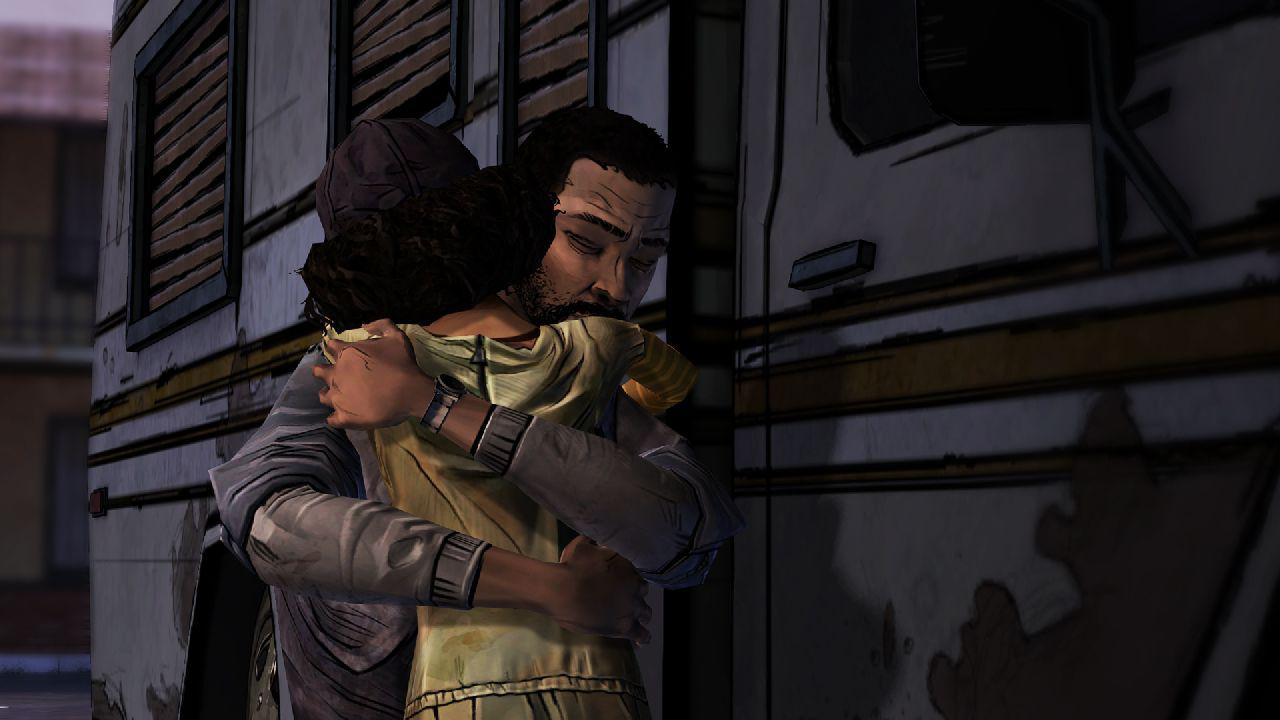 Out of all of the games on this list, I found this one the hardest to write about. It’s not that the game does anything amazing with gameplay or that’s its even “fun” to play, to me, it’s one of the most important games made this generation.

The Walking Dead is a title that has changed how we see characters in video games. They do not have to be overly charismatic or likeable, they can be real people. Clementine acted like a real child, Lee acted like a real father figure, Lily acted like a real daughter.
There was no right or wrong, no evil character, just a series of people trying to live in a world torn apart and that was the best part of the Walking Dead.
Choices were also a big part of the game that shocked me. The choices I picked could be completely different to others,so when me and my friends were discussing the game,we all had different stories to tell. There is so much more I could say about the game, how it has one of the best relationships in gaming or some of the best writing I have ever seen but I won’t instead I just urge you to play it.

With Season 2 right around the corner, I’m afraid to see how the series develops but also excited and that’s exactly how I would sum up my experience of The Walking Dead Season One.

Skyrim was the first open world game by Bethesda I ever played and it was mind blowing to me. The sense of adventure that the game gave off was at times overwhelming but if it ever got to much I just had to remember that I could shout dragon spells and all was right.The sheer scope of the game was insane to me, with hundreds of hours of gameplay. The idea that I could be whatever and whoever I wanted in a vast fantasy adventure of politics, gods, demons, cat people and dragons was all just so fantastic. I am not going to say it was perfect but I was sucked in and I loved every minute of it.

From the amazing loot variation to the beautiful soundtrack to the insane level of customisation,there was never a moment I wasn’t doing something. Sure it wasn’t the most ground breaking of titles or even that good with gameplay but it is without a doubt my favorite game of this generation.

Alright then folks, that’s my top five games of the generation. If you disagree or think I should have had another title in there somewhere, do let me know and keep the discussion going. It’s been a hell of a generation, so many fantastic titles have come our way and I cannot wait to see what the next Gen has in store for us.

This was a very hard list to write,and I was be devastated if I couldn’t share the titles that just missed their way onto this list. All of these games are fantastic, heck some are better in terms of quality then the games on my list but I just couldn’t include them all.