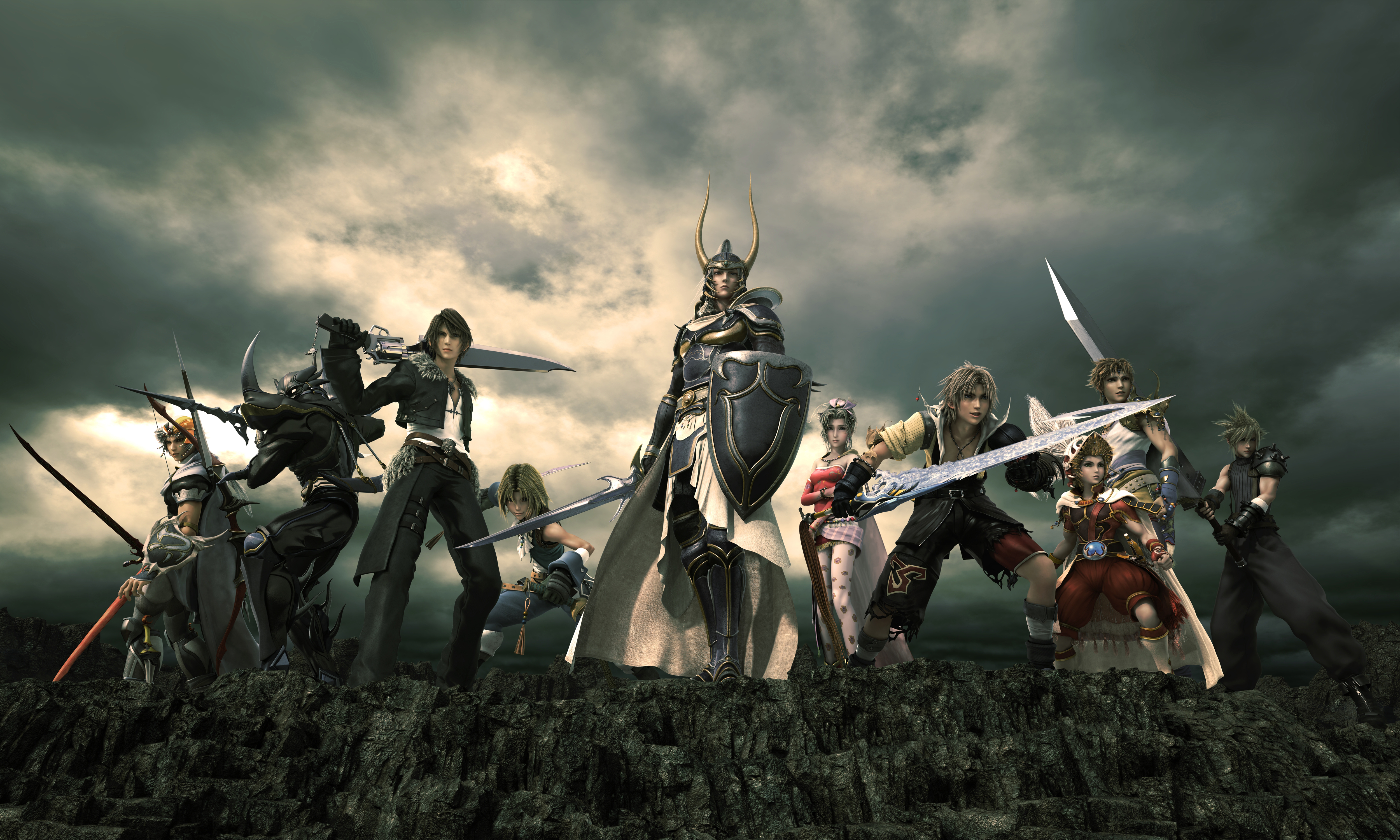 I have been a Final Fantasy fan for as long as I can remember. Some of my fondest childhood memories involve being stationary in front of a television, controller in hand and Final Fantasy in play. Because here’s the thing, I wasn’t sitting stationary in front of my television; I was discovering Garnets real name in Madain Sari, I was plotting to assassinate an evil sorceress during a late night parade, recovering the lost past of a tortured mercenary all within worlds so engrossing I often found myself feigning illness so I could skip school to continue my adventures. Sorry mom, you had to find out some day.

But even I find it difficult to defend the recent entries in the series. I still enjoy the games, but not in the same way I did. There are a few reasons as to why this might be, all of which have been explored by columnists and critics all over the internet at length. As such, instead I’m going to offer a few helpful suggestions as to how easily and effectively the long-running franchise can be rescued. If anyone at Square-Enix is reading this, feel free to rob these ideas. I don’t want money, just evidence that my advice has been heeded. And also money.

Okay well, not die, that’s far too dramatic but he must be immediately relieved of his posts and kept as far away from Final Fantasy as possible. A blasphemous statement perhaps and one I certainly would have scoffed at myself less than a few years ago but let’s do a quick review. From I to VI character designs were handled by the legendary Yoshitaka Amano who was finally, and controversially, succeeded by Tetsuya Nomura for the fanboy-fostering masterpiece that was Final Fantasy VII. Nomuras influence (as well as a platform change and some other shake ups) marked a radical change for the series that breathed new life into a franchise that wasn’t even really in need of it. The resulting explosion in Final Fantasy’s already enormous fanbase was such that Nomuras influence over subsequent titles was allowed to grow and flourish and it was in these years that he showed us his finest work.

It is, however, time for another massive change-up. Nomura is currently working on his 11th Final Fantasy title, almost twice as many as his predecessor. The character designs have become stale and repetitive, too dependent on tropes expected by the installed fanbase for any risks to be taken. Nomura has done incredible things at Square (and Square Enix) but it’s time for him to pass the torch on Final Fantasy. And who knows, maybe then he’ll finally get around to making Kingdom Hearts 3 or another The World Ends With You. You know, things that people actually want. 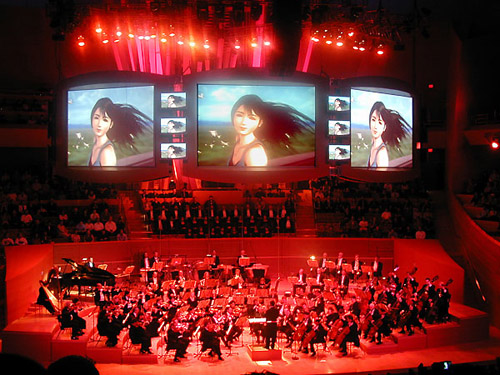 No franchise in the history of gaming has done more to draw attention to the unrecognized brilliance of video game music than Final Fantasy. Its unyielding popularity, coupled with the work of some truly incredible composers has brought the entire genre the respect and admiration it deserves. And yet, recent Final Fantasy games have come under intense criticism for their lackluster scores. What was once brilliant has become banal. What was once majestic has become mundane. What was once Aeriths Theme (VII) and To Zanarkand (X) has become Crazy Chocobo (XIII-2). Look it up. Or don’t.

What’s truly baffling about this is that Square-Enix can count in their alumni two of the finest composers to ever work in the field, Nobuo Uematsu and Yasunori Mitsuda, both of whom are still composing for games as freelancers. Uematsus scores are emblematic of Final Fantasy, forever associated (and celebrated even now) as examples of the franchise at its absolute finest. Mitsuda, while not having worked on Final Fantasy titles in the past has shown he is probably the only game composer with the same elegant melodic skill that Uematsu so effortlessly displays. With both of these guys still in action, its a travesty that Squenix won’t just cough up the big bucks to get them on board. It could go a long way towards rekindling that Final Fantasy magic that has long-since been lost. 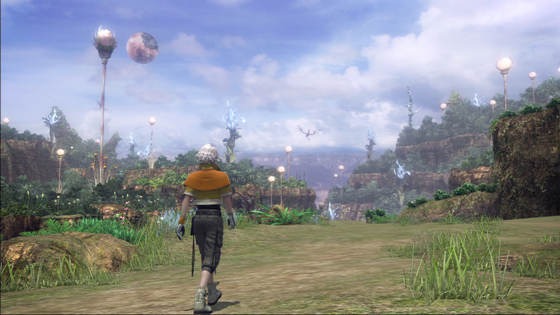 One of the biggest criticisms of Final Fantasy XIII was its seemingly relentless linearity. Fans bemoaned the loss of shops and towns, crying for freedom and room to explore. This would be fine were it not for the fact that these were also things completely absent from Final Fantasy X, a game frequently held up as one of the best in the series. X was absolutely no more or less a series of decorative linear tunnells than XIII was so what was the difference?

The difference was that X didn’t feel linear. Its world felt real, lived in and alive thanks in no small part to the religious aspect of its storyline. Being brought from one locale to the other by the hand was fine because Spira was such a magnificently detailed world to be brought through. In stark contrast to this stands Final Fantasy XII,  a game with so little linearity it completely lacked any narrative focus, the result being a world so littered with unnecessary nonsense that made it impossible to empathize with the characters or care about their plight, not to mention having a few players asses handed to them by an anachronistic Dinosaur early into the game. 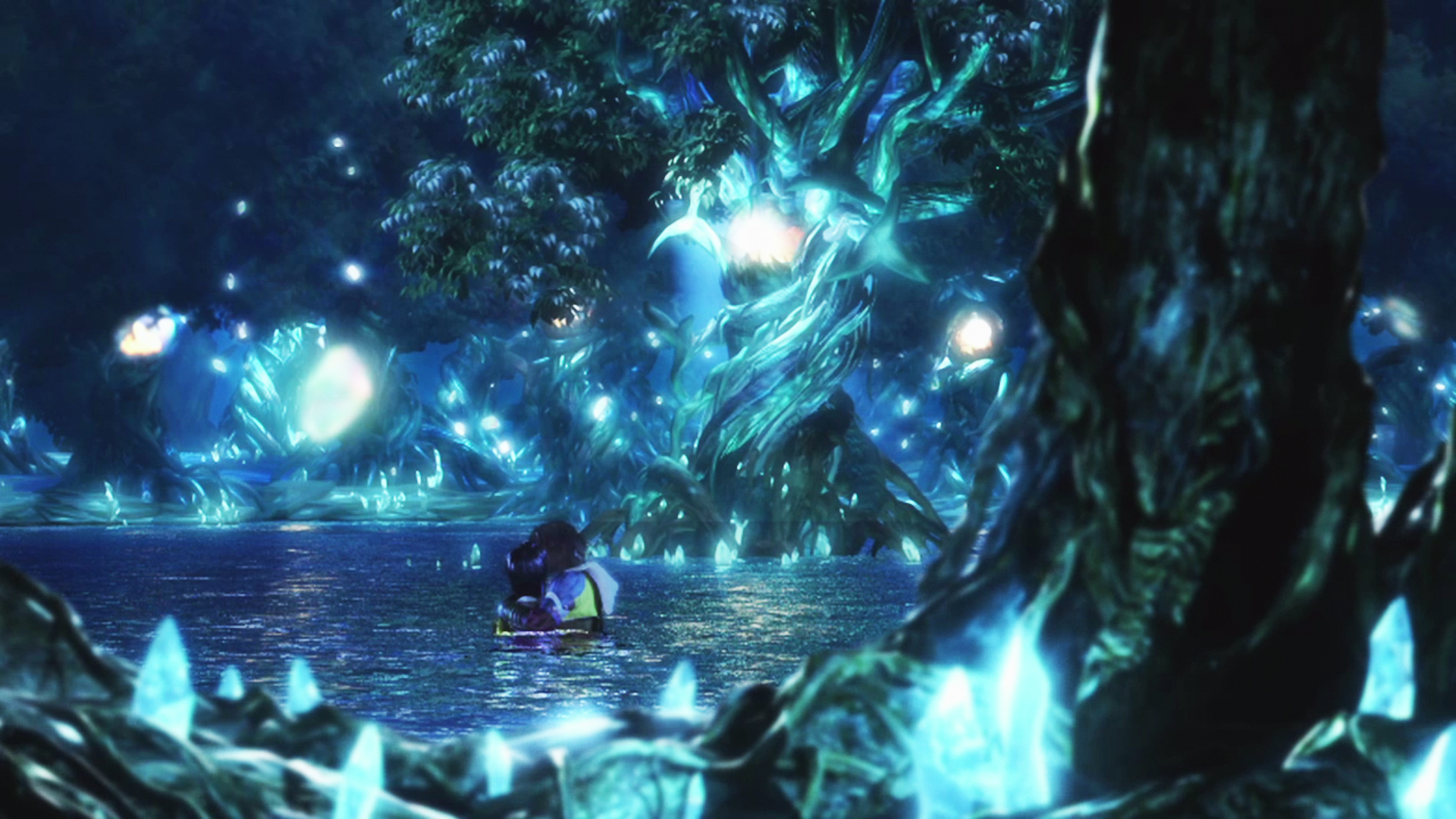 It’s not enough to give players a big world to explore; we need a reason to explore it. I don’t mean side missions or fetch-quests for that matter, I mean a genuine impetus and desire to take in the world before us. This is not hard to do. The Chrono games did this by starting small, placing you on an island with a few small settlements and allowing you to visit them early on even if there wasn’t really anything for you to do there. More and more locations are gradually revealed through the narrative and eventually the player is rewarded with the freedom to travel to and from them all with ease. This is the same method used in the early Final Fantasy games and to some extent all the way up to IX. It makes the world feel real and makes us feel like we’re discovering it for ourselves even if we’re not.

I was tempted to leave that as it is but perhaps some context is necessary. If you’re reading this and would consider yourself a Final Fantasy ‘fan’ then yes, I am probably talking to you here. There is a lot that Square-Enix can do to make Final Fantasy good again but do not fool yourself into thinking that you are not partly responsible for its decline. History clearly dictates that Final Fantasy flourishes when risks are taken. VII took the series in an enormous amount of unexpected directions, IX brought it crashing back to its fantasy roots so suddenly that, while alienating most of VIIs Johnny-Come-Latelys, it holds the highest metacritic score of any FF title and X stripped the series of its open world and had the most focussed and powerful narrative the games had seen up to that point. XII and XIII are examples of games being held back by the stringent expectations of a fanbase clinging so tightly to the past that their wildest fantasy consists of revisiting a story more than a decade old. Play XIIIs opening and tell me its not Squenixes way of saying ‘here, this is basically Final Fantasy VII. Enjoy your train ride, your smooth talking ethnically diverse side-kick and your rag tag band of rebels. Please stop emailing us, this is as far as we’re willing to go’.

And it’s as far as they should go.

Final Fantasy fans need to show Square-Enix that we want change. We want to be surprised. We want the same thrill we got when we took Cloud Strife into his first mako reactor, the same shock we felt when Cecil abandoned his dark past and embraced the light, the terror instilled by Kefka and Sephiroth, the beauty of Spiras skyline at the Zanarkand campfire and most importantly, the feeling of getting truly swept up and lost in a living breathing world that we could never have imagined ourselves. We want you to wow us and we believe you can do it. Square, it’s time to stop playing it safe and start saving your game.