In 1998 when I got my first PlayStation I was blown away by the 3D graphics of games like Croc and Crash Bandicoot. Being able to run around in a circle was entertaining enough to me, so much so that I didn’t leave the first area of Croc for about 45 minutes… I was an easily amused child incase you didn’t notice.

My parents would rent me a game from the local Chartbusters or Xtra-vision every weekend and my Mam always liked to get me the happiest looking games on display, which funnily enough usually turned out to be the best. After playing through the awesomeness that were Crash, Croc and Jumping Flash my mam came home with a little gem called Klonoa: Door to Phantomile. 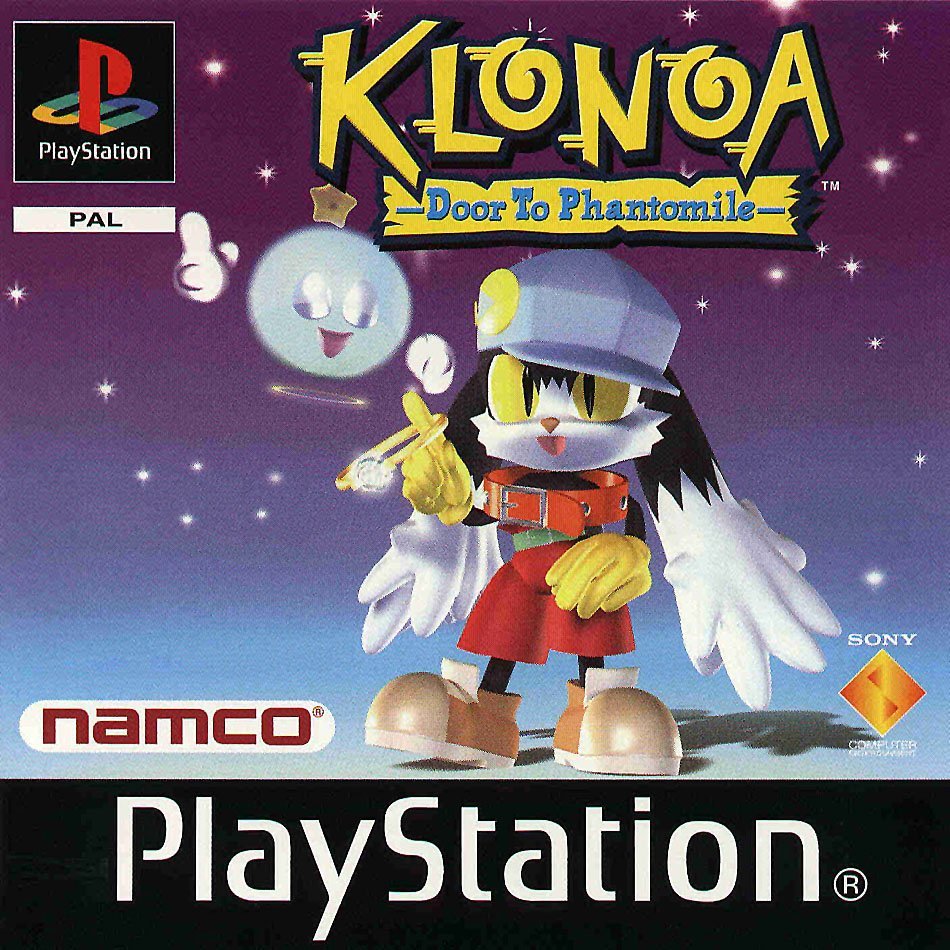 Klonoa is a wonderful side scrolling 2.5D platforming game with an emphasis on item collection and puzzle solving. You play as the titular character Klonoa who with the aid of his friend Huepoe the ring spirit travels the land of Phantomile, a world fueled by peoples dreams.

The game plays like most 2D platformers although with a interesting twist in the form of Klonoas ring the “Wind Bullet” which allows you to fire a burst of air to inflate your enemies, by using inflated enemies you can propel Klonoa off them to jump higher or even use the enemies as a weapon by propelling them using another wind burst. Certain enemies have different abilities when inflated like one enemy who has a propeller that allows you to fly for a short period while it is attached to your ring. This ability also makes for some great puzzle sections designed around it.

The real genius of Klonoa comes to down to its level design, twisting corridors and clever puzzles are everywhere in this game and it is a joy to explore. The game is never repetitive which is something that can occasionally put me off a platformer. The game takes you to many locations from Klonoas home in Breezegale, the wind village all the way to Cress, the moon kingdom. Each location is fresh and has a nice soundtrack to compliment it. Each area also ends in a boss battle which while fun are sometimes a little too easy. In fact the game as a whole is quite easy, something which can be off putting but I find the easy going nature of the game is its strongest point. Its rarely stressful and always fun, It just makes you happy. The game is also quite short in length, you could easily run through the game and see everything in about 6 hours. It makes for a nice leisurely weekend game.

The most surprising thing about Klonoa though is its story which is surprisingly powerful in tone given the games cutesy look. It also features one of the saddest endings to any video game I have ever played, it gets me every time.

Klonoa is a bit of a cult classic, the 2.5D perspective put a lot of people off when fully 3D games where the big thing meaning unfortunately despite rave reviews the game didn’t sell all too well here in Europe. Thankfully though it did get a sequel in the form of Klonoa 2: Lunateas Veil for PlayStation 2 which improved upon everything the original game had to offer. There were also a few spin offs for the Wonderswan and Gameboy Advance as well as a pretty decent Klonoa volleyball game for PlayStation 1. Most surprisingly though there was a remake of the original Klonoa released for the Wii in 2009 and its excellent. I would still recommend the original PlayStation version over the Wii edition as the Wii version is even easier and changes the voice acting from the pervious game which spoiled some of the story for me, but the Wii version is still highly recommended.

Normally getting a copy of Klona for PlayStation complete isn’t too difficult, they usually sell for about €20 on eBay but recently the game was released on the PlayStation network at the steal price of €5! So there is no excuse not to at least try it. Personally I found the Wii version strangely difficult to track down, I had to buy a copy from Germany for about €40 but hopefully things have gotten easier since then.

So play this game if you haven’t already its one the brightest stars of the PlayStation catalogue and still holds up remarkably well to this day.